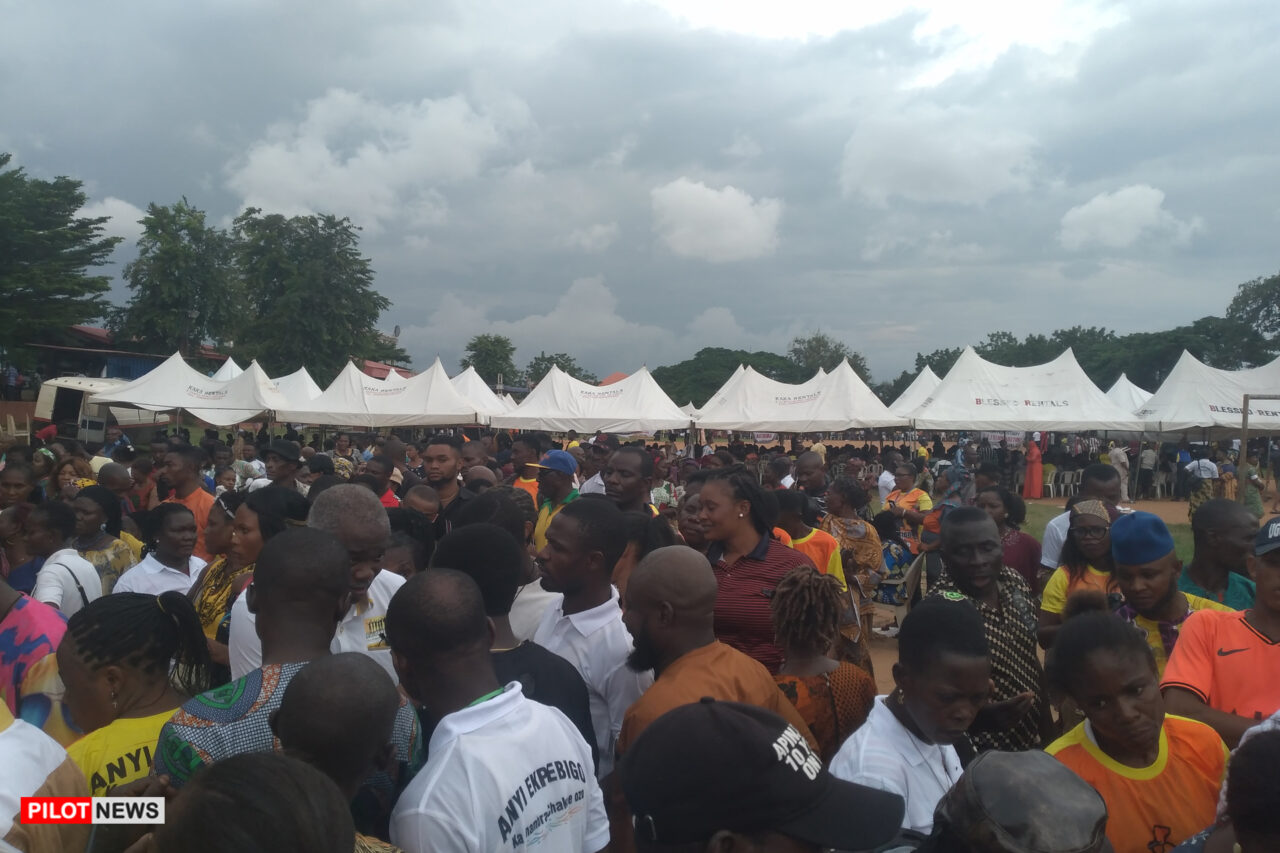 ONITSHA — A youth group, Anyi Ekpebigo Youth Movement yesterday during its rally at All Saints Cathedral Church field in Onitsha, resolved to support the governorship aspiration of Valentine Chineto Ozigbo, the PDP’s candidate for the November 6 Anambra gubernatorial election.  The rally which was well attended by thousands of youths from across the twenty-one local government areas of Anambra state also revealed that its resolve to support Ozigbo was a consequence of due diligent consideration of three younger aspirants jostling for the highest office in the state on different political party platforms.

It was after this consideration that Ozigbo emerged as a candidate that is not only ready to carry Anambra youths along but also one who is willing and convinced about the core thrusts of the group and therefore more likely to implement the same.

According to the Group’s patron, Dr. Alex Obiogbolu, “we considered Sen. Ifeanyi Ubah of YPP, Dr. Godwin Maduka of Accord and finally Mr. Valentine Chineto Ozigbo of PDP. At the end, Ozigbo made concrete commitment to our demands and agreed to the terms of the group’s support.”

Meanwhile, earlier, the patron recalled that in the past since the inception of the group almost a year ago, several members of the group has been empowered with seed capital as well as gadgets to start-up business, and also rewarded with cash and other gift items for their commitment in growing the group’s membership base. Emphasis is placed on membership because, according to Obiogbolu, “With a population of 1.8 million youths in Anambra state, if the youths decide, they can make a governor. More so, considering that no governor has ever won governorship election in Anambra state with more than two hundred and thirty-one thousand votes,” Dr. Alex Obiogbolu said.

In her reaction, a mobilizer for the group, Vera Nduka recalled that the group emerged as an organized response to the end sars campaign. “With the end sars protest, it was established that young people can make legitimate demands and get things done. Youths do not have enabling environment to thrive and that is a major setback. But the end sars protest raised the consciousness of many young people and that was how the group commenced its grassroots socio-political movement”. Speaking further, Vera remarked that based on the group’s database, there are over forty thousand members drawn from all the local government areas of Anambra state.

21st Olu of Warri, Atuwatse III: Interesting Traditional Practices Behind the Selection of the Throne Name