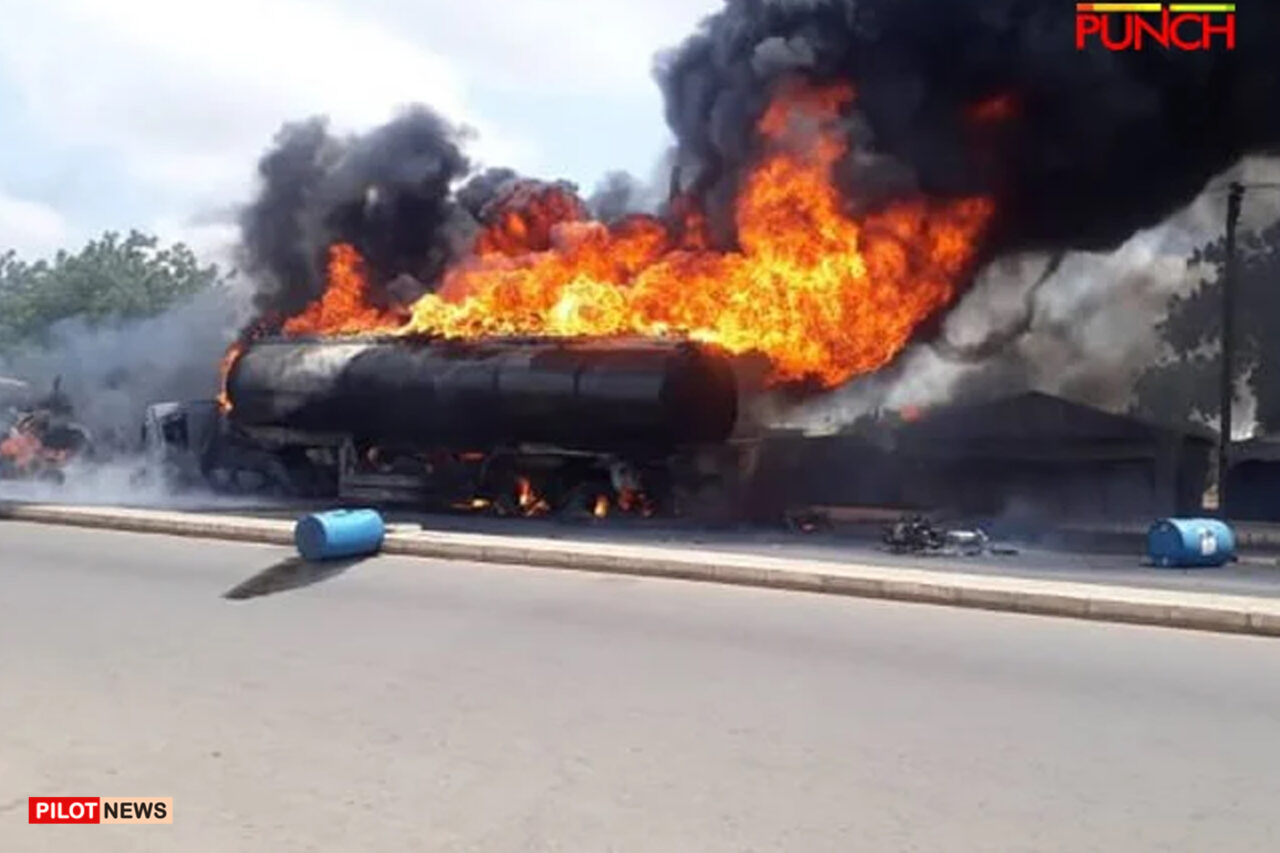 YOLA — A tanker loaded with Premium Motor Spirit (PMS)exploded in the early hours of Wednesday in Mubi town of Adamawa State, killing three people and eight others sustained various degrees of injuries.

Mubi, a commercial border town, is a smuggling hub with smugglers ferrying jerry cans of petrol overnight into Cameroon.

According to eyewitnesses, the fire started at a filling station when fuel was being transferred from a petrol tanker directly into hundreds of jerry cans.

It added that victims of the explosion were burnt beyond recognition, while injured ones are receiving medical attention at the General Hospital Mubi.

One of the eyewitnesses Mahmud Gella said “Over 2000 jerricans laden with petrol products and many hectares of farmlands were also destroyed by fire.”

A volunteer aid worker, Adamu Madobi, said he participated in the burial of three brothers who died in the incident.

“More than 50 tricycles parked around the filling station were destroyed in the fire,” Madobi said.

BOOK: A Book Title “Boko Halal” To Be Launch In Nigeria