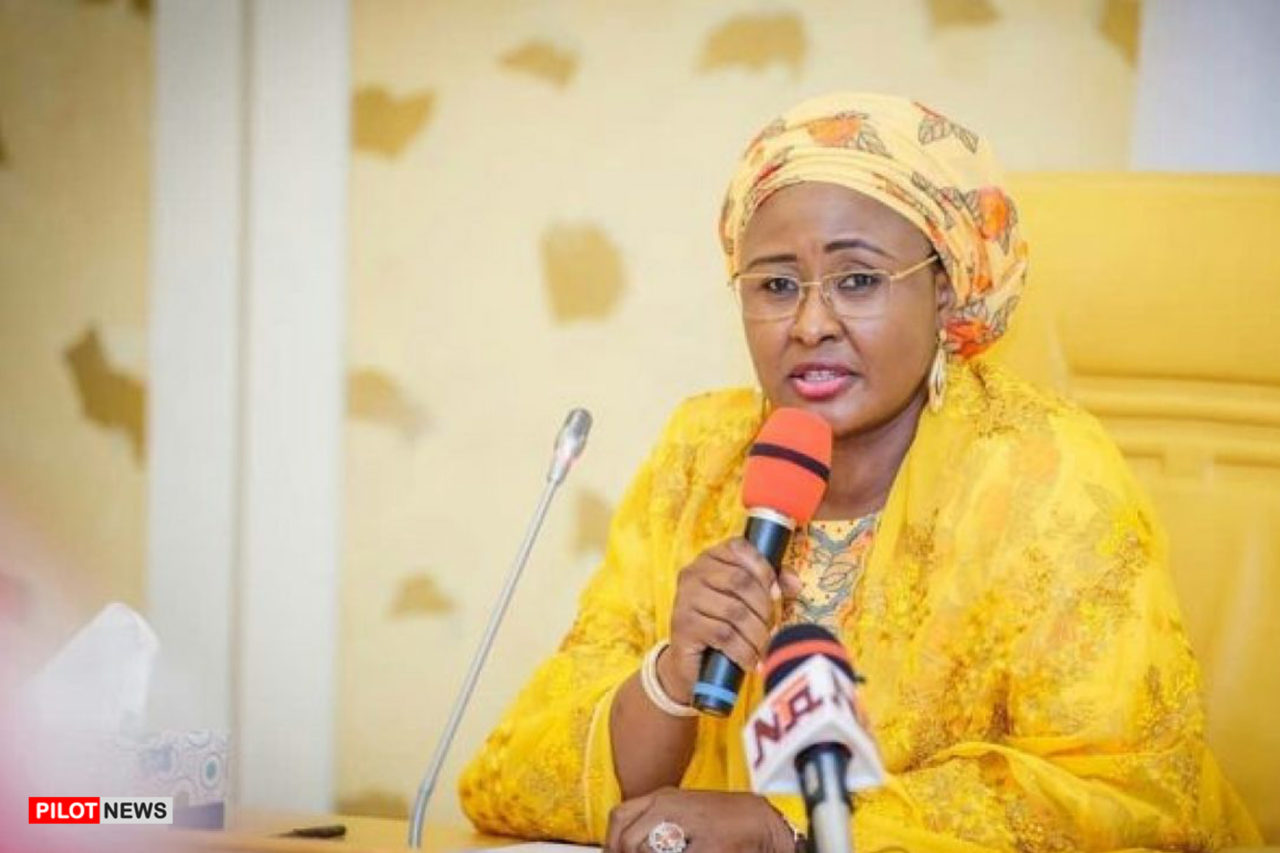 ABUJA — Hajiya Aisha Buhari, Wife of Nigerian President, has urged Nigerians to take action against cancer, as cancer accounts for an estimated 72,000 deaths annually, and 102,000 new cases are diagnosed from its population of about 200 million people in Nigeria.

She made the plea at the annual five-kilometer “Walk Away Cancer” organised by Medicaid Cancer Foundation (MCF) at the weekend in Abuja, maintaining that cancer is a major leading health ailment with an estimated yearly 10 million occurrences and six million deaths.

Hajiya Aisha urged Nigerians to go for regular check-ups and to enable them detect the ailment early to save lives.

“Cancer screening is for people without symptoms. So, if you have noticed a change, do not wait for screening. Tell your doctor as soon as possible,” she said.

In her remark, the founder of Medicaid Cancer Foundation, Dr. Zainab Shinkafi-Bagudu, who led the five-kilometer walk, said the activities of the foundation, established years ago, were meant to increase cancer awareness and promote better chances of surviving the disease.

She said the foundation was reaching out to low income earners and poor people, especially in rural communities, creating cancer awareness.

“The foundation also helps to disabuse the minds of people about cultural and traditional beliefs that cancer is caused by witchcraft.”

“Early screening of cancer will help to effectively detect and treat it.”

“We can reduce the burden of cancer by half through increased awareness and achieve the global target to reduce cancer by 25 per cent by the year 2025,” she said.

Also speaking, Kebbi State Governor Abubakar Bagudu who acknowledged that cancer as a complicated disease with expensive cost for treatment, explained that for over the years, Medicaid Cancer Foundation had championed cancer awareness across the country.

“The awareness had resulted in the establishment of sophisticated centres for cancer treatment as well as discounted screening and diagnosis.”

“All of these were progress made through the high-level advocacy to help the common man that cannot afford to pay out of pocket for cancer treatment,” he said.

Bagudu said his wife and founder of Medicaid Cancer Foundation had advocated the inclusion of cancer treatment in the National Health Insurance Scheme (NHIS).

In his message, Health Minister, Dr. Osagie Ehanire, alerted Nigerians to the dangers associated with the disease and the need for early discovery.

Represented by the Director and Head of Department of Hospital Services in the ministry, Dr. Adebimpe Adebiyi, said early diagnosis would improve cancer treatment outcome.

Also commenting, a urologist, Dr. Hassan Abubakar, urged the public to watch out for the three main risk factors of prostate cancer.

“Getting older, having a family history of the disease and ethnicity, all play a part in increasing the risk of getting it,” he said.

NDLEA Recommends Test for Politicians, Others to Curb Drug Abuse