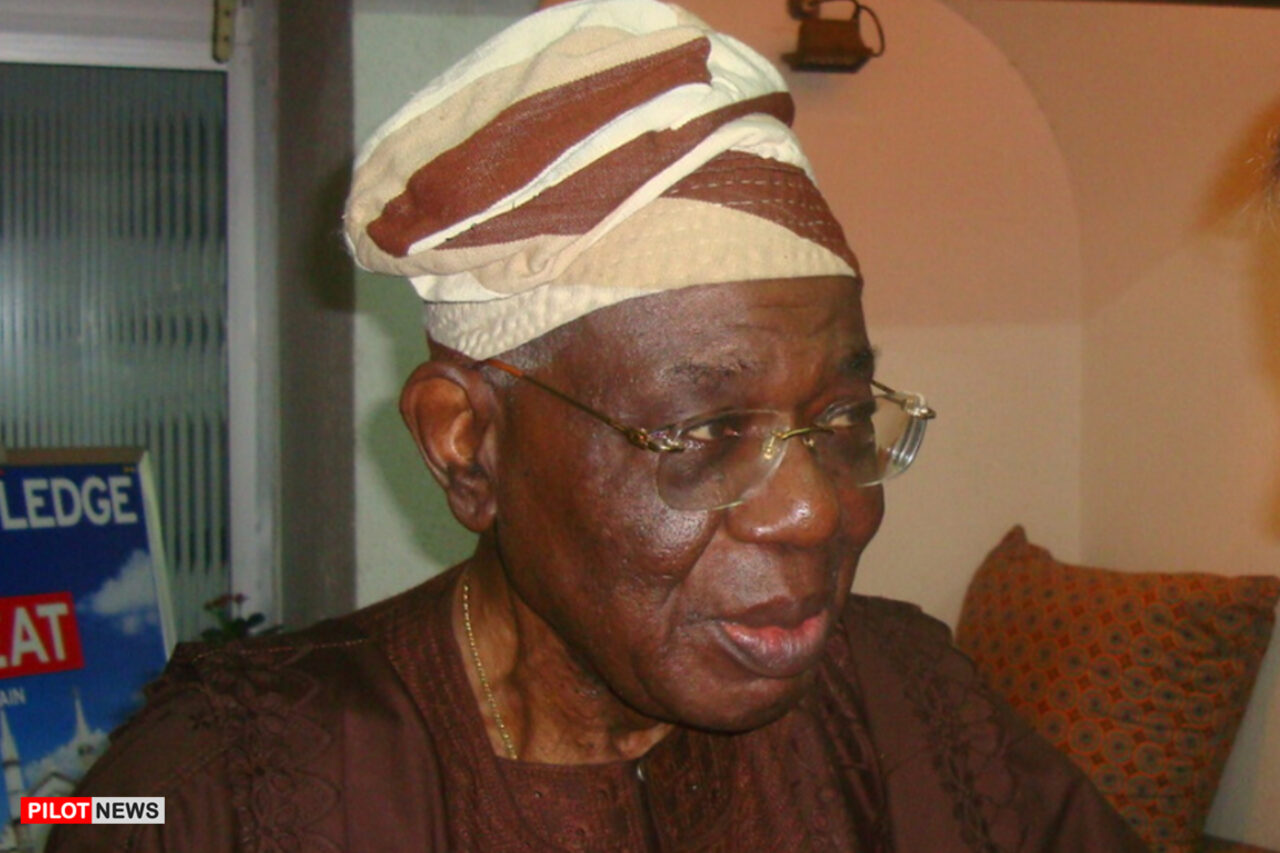 LAGOS — President Muhammadu Buhari, on Thursday, evening, after commissioning a number of projects in Ogun State, took time out to personally pay a condolence visit to the family of former Head of the Interim National Government (ING), Chief Ernest Shonekan, at their Ikoyi, Lagos State, home.

The President was received by the widow of the deceased, Mrs. Margaret Shonekan, including other family members.

Buhari, while consoling the widow, said he was saddened to hear news of the passage of the former Head of the ING.

He then wrote some messages in the condolence register which reads: “I received with profound sadness the news of the death of a great statesman and former Head of the Interim National Government, Chief Ernest Shonekan.

“His love and commitment to the peace and unity of the country are things to emulate.

“May his soul Rest In Peace.”

Governor Abiodun told the family that President Buhari was determined to visit, despite a day that had started at about 7 am.

“He was in Ogun State, where he commissioned five legacy projects. But due to the regard and respect he had for Chief Shonekan, he is here now. May Papa’s soul rest in peace,” the Ogun Governor said.

Governor Sanwo-Olu said though he hailed from Ogun State, Lagos was Chief Shonekan’s resident State for over 60 years. “He was a highly respected man, true nationalist, father, grandfather and great grandfather to so many.

“We will miss him, but be comforted that he lived a good life. God will stand by the family. All will be well with you, and with Nigeria.”

Shonekan died on Tuesday, in Lagos at the age of 85.

He was Head of the Interim National Government between August 26 and November 17, 1993, after General Ibrahim Babangida stepped down from office. Shonekan’s administration was however short-lived as General Sani Abacha ousted him in a bloodless coup.