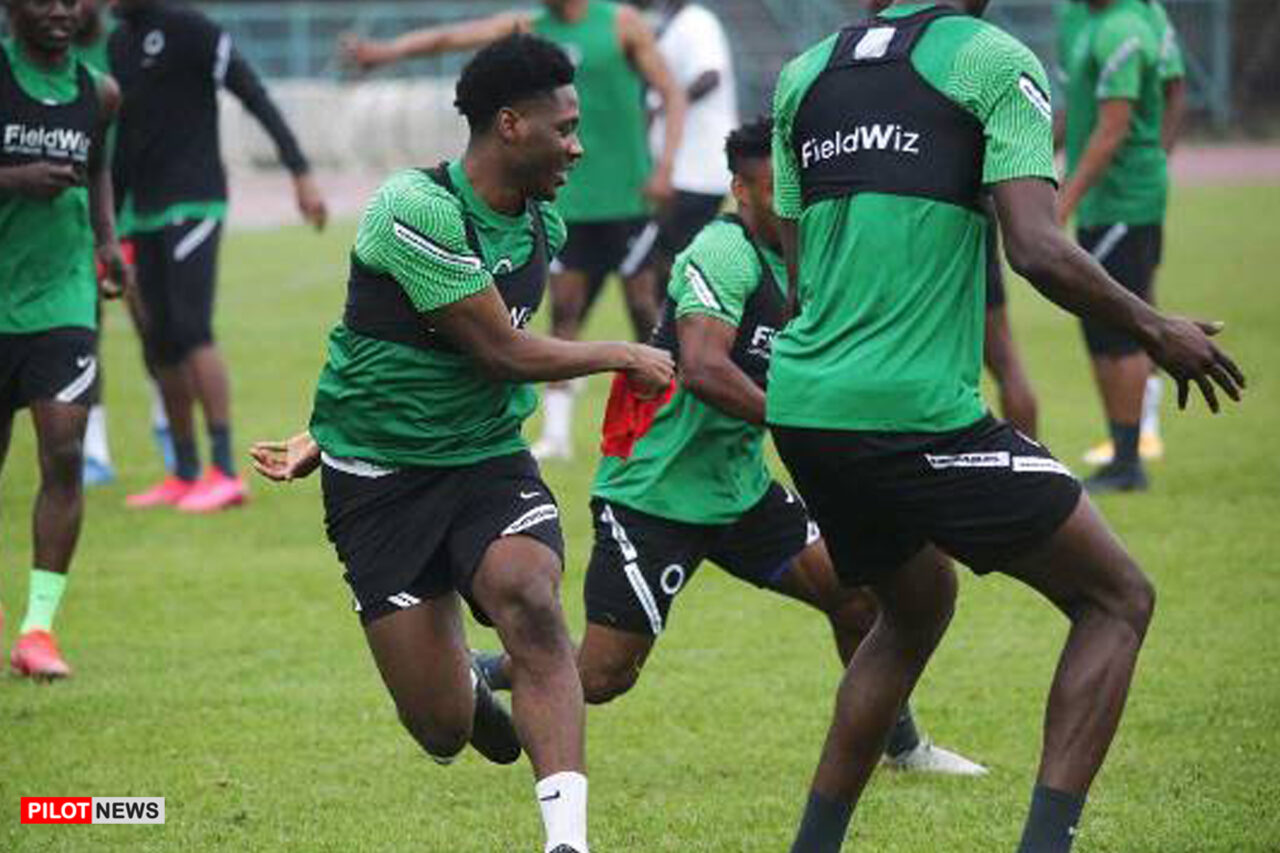 The Super Eagles on Tuesday had their final training session for the final Group D game against Guinea-Bissau at the 2021 Africa Cup of Nations (AFCON) in Cameroon.

The News Agency of Nigeria (NAN) reports the training took place at the annex pitch of the Roumde Adjia Stadium in Garoua.

But the session looked uneventful as the three-time champions only have as opponents on Wednesday the Wild Dogs of Guinea Bissau who are with only one point from two games.

They will take to the main pitch of Stade Roumdé Adjia from 8 p.m. needing at least a draw to finish as group leaders.

During the training which started at 8.30 p.m. and lasted for about an hour, all 27 players in the squad took part.

The players were however in a boisterous mood as they looked forward to the game.

Yusuf, Yobo, and Agu put them through their paces with light jogging and stretches in the first 20 minutes.

They quickly observed a one-minute water break afterward, before going into an intensive training session in the last 40 minutes.

Agu worked on the reflexes of the goalkeepers, while Yusuf, Yobo, and Aigbogun put the 23 other players through some ball work exercises for 10 minutes.

The players were then split into two groups in the final 30 minutes of the training as they worked on short passes and ball control.

OPINION: Nurturing The Men And Women That Will Build And Sustain The Anambra One State Liveable Megacity