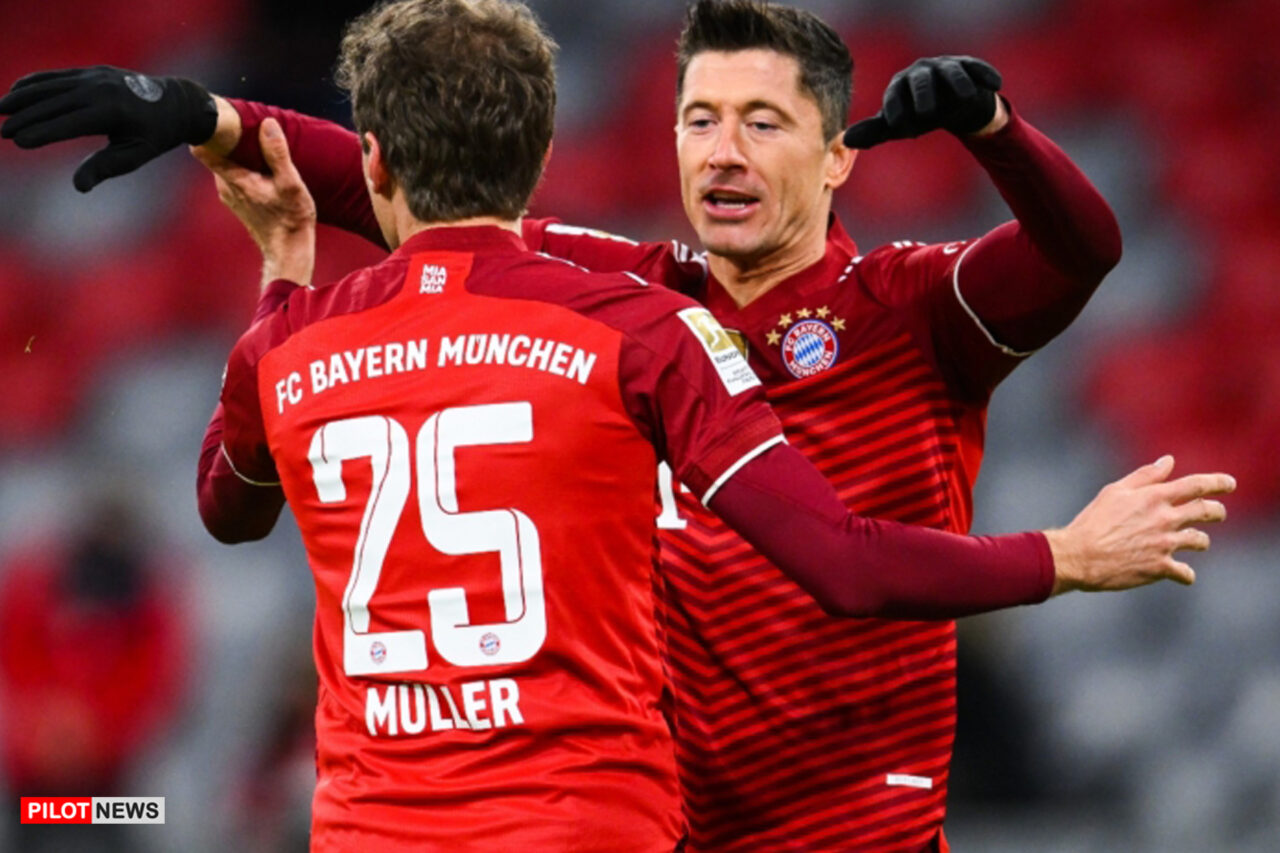 Bayern Munich had to fight hard for a 3-2 win against RB Leipzig on Saturday to extend their 2021/2022 Bundesliga lead over Borussia Dortmund to nine points.

However, it did not take RB Leipzig too long to level things up with Portuguese striker André Silva.

Müller hit the net again, but his goal was disallowed after video check.

Nevertheless, Bayern Munich was ahead before the break, thanks to a header by top goalscorer Lewandowski.

Early into the second half, RB Leipzig equalised again as Christopher Nkunku was not intimidated when he got face-to-face with goalkeeper Manuel Neuer.

But the visitors were unlucky when Josko Gvardiol turned a cross from Serge Gnabry into an own goal, sealing the victory for Bayern Munich.

“We made too many mistakes in the build-up. You can’t make mistakes against a team like Bayern Munich,” RB Leipzig managing director Oliver Mintzlaff said.

Bayern Munich coach Julian Nagelsmann said his side secured a “beautiful win,” while Müller said they deserved the victory in spite of an equal game.

“Both teams showed an attractive game, both tried to be offensive, but I will say we deserved to win,” Müller said.

Earlier on Saturday, Eintracht Frankfurt were the winners of a thrilling game against VfB Stuttgart, taking home three points after a 3-2 triumph.

Evan Ndicka steered the ball into the net early in the game, but Waldemar Anton equalised for VfB Stuttgart before the break.

A stunner from Ajdin Hrustic gave Eintracht Frankfurt the advantage once again, until Sasa Kalajdzic put the hosts back in the game.

Eintracht Frankfurt, however, had the last say after Hrustic scored the winner in the 77th minute.

Cologne are dreaming about the UEFA Champions League after a 1-0 win over Freiburg.

It was Anthony Modeste’s powerful left-footed shot that moved them up to sixth in the standings.

Borussia Mönchengladbach were held at Arminia Bielefeld and did not improve their situation, remaining 12th in the standings after a 1-1 draw.

This is the first Gladbach game in over two decades without Max Eberl as their sporting director.

He stepped down from his position last week and some fans brought “Thank you, Max” banners to the stadium.

Augsburg left the relegation zone with an important 2-0 victory against Union Berlin.

A big mistake from the goalkeeper made it easy for Michael Gregoritsch to open the scoring and a stunner from Andre Hahn closed the case for the Bavarian team.

Hertha Berlin and VfL Bochum had played out a 1-1 draw on Friday.(dpa/NAN)

Abba Kyari Forced Me to Accept Being a Kidnapper - Kidnap Kingpin, Evans

We Are Going Back to the Drawing Board, Falconets Coach Says