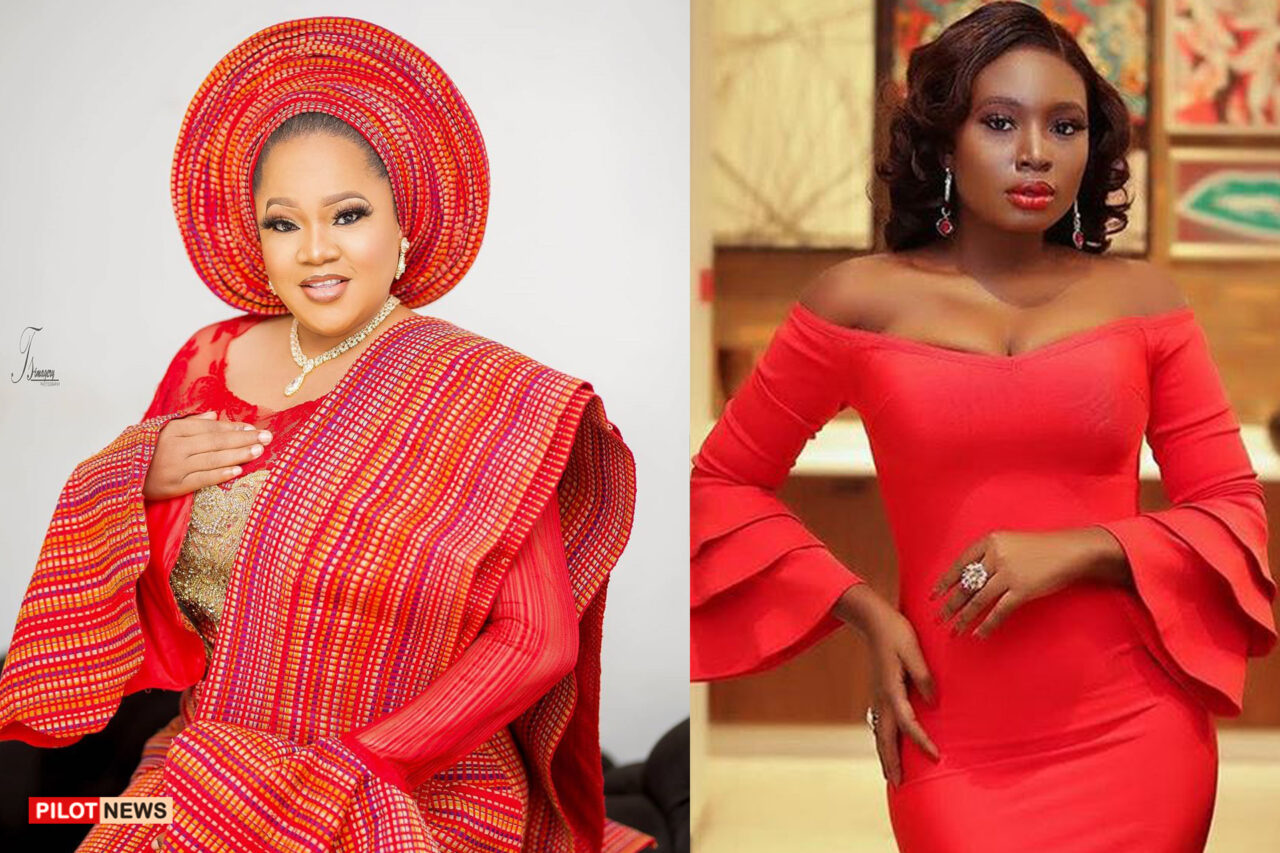 LAGOS — Nollywood actresses, Toyin Abraham and Adebimpe Oyebade has been ranked among the Lagos state Top 100 Women.
The award is given to 100 women who are doing exploits in Lagos state by the Lagos state government as a form of celebrating International Women’s Day (IWD).
The thespians took to their respective Instagram pages to announce the recognition received on Wednesday.
An excited Adebimbe Oyebade Adedimeji, popularly known as Mo Bimpe, took to her Instagram page to share the good news with her fans and followers as she said she was happy to be recognised for what she loves doing.
Adebimpe also used the moment to advise the younger generation, especially women as she said the world was watching them and they should not give up in their endeavours.
Sharing a photo of her plaque, she offered her gratitude to the governor and the state government for the opportunity.
“A big thanks to the Governor of Lagos State, His excellency @jidesanwoolu for this heartwarming recognition,” she captioned the photo.
“Nothing excites more than being recognized for what you do. The Lagos state government @lagosstategovt named me along the Eko 100 Women on International Women’s day and I’m grateful beyond words.
“DEAR YOUNG WOMAN, This is to tell you that the world is watching and you’ll definitely be celebrated. Don’t stop pushing, don’t stop trying, and please don’t stop breaking the bias.
“Thanks again for your excellency, Governor Babajide Sanwo-Olu @jidesanwoolu. Eko o ni baje!”
Similarly, iconic actress, Toyin Abraham, took to her Instagram page to share a picture of her plaque.
In her caption, she thanked Lagos state governor, Babajide Sanwo-Olu, and the state for recognising her.
She wrote, “Thank you sir; your excellency @jidesanwoolu and @lagosstategovt thanks for the recognition.”
Meanwhile, Toyin’s recognition as one of Eko’s top 100 Women by the governor of Lagos State, Babajide Sanwo-olu, has generated mixed reactions from her Nigerians.
While the award was great news to some Nigerians, it also earned her backlash from others.
While some people celebrated with the actress, others accused the state of bribing her or buying her loyalty, particularly as the 2023 general elections are fast approaching.

Over 100 Killed In Niger State