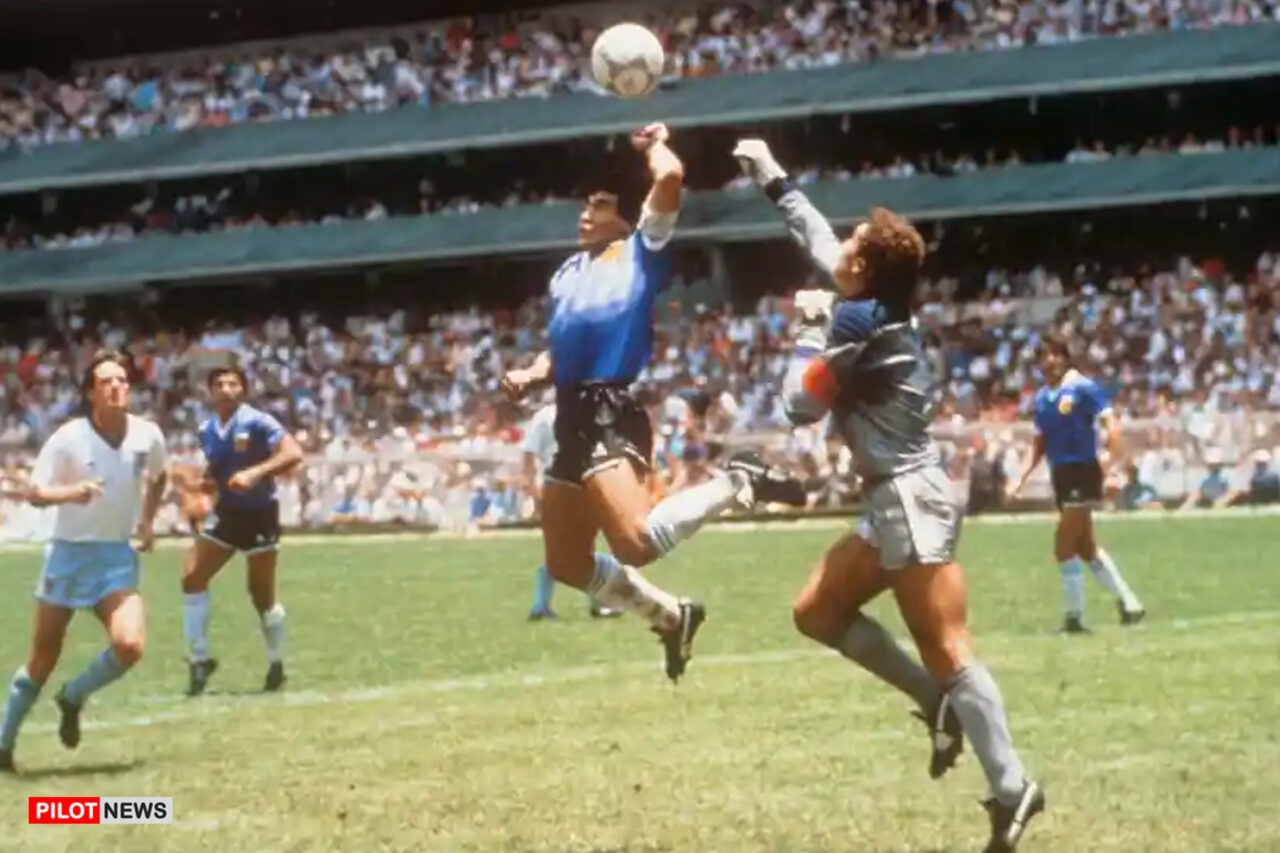 The shirt Diego Maradona wore in the 1986 World Cup quarter-final match has been sold for £7.1 million.

On June 22, 1986, Maradona scored two of the most famous goals ever for Argentina against England.

In the 51st minute, the Argentine gave his side the lead with a blatant handball, a goal he would dub ‘The Hand of God’.

Four minutes later, he scored the ‘Goal of the Century’ as he picked up the ball in his own half, dribbled past multiple England players before converting into the net.

England midfielder Steve Hodge swapped shirts with Maradona after the game and announced last month he was putting it up for auction after 19 years on display at Manchester’s National Football Museum.

The shirt went up for auction on April 20th and was estimated to sell for between £4m-£6m. However, it has smashed that figure, with the winning bid coming in at £7,142,500.

It has now officially become the most expensive piece of sports memorabilia of all time.

It broke the record for the highest fee paid for a shirt worn in a sports match, surpassing the £4.4m paid for by New York Yankees legend Babe Ruth’s baseball jersey.