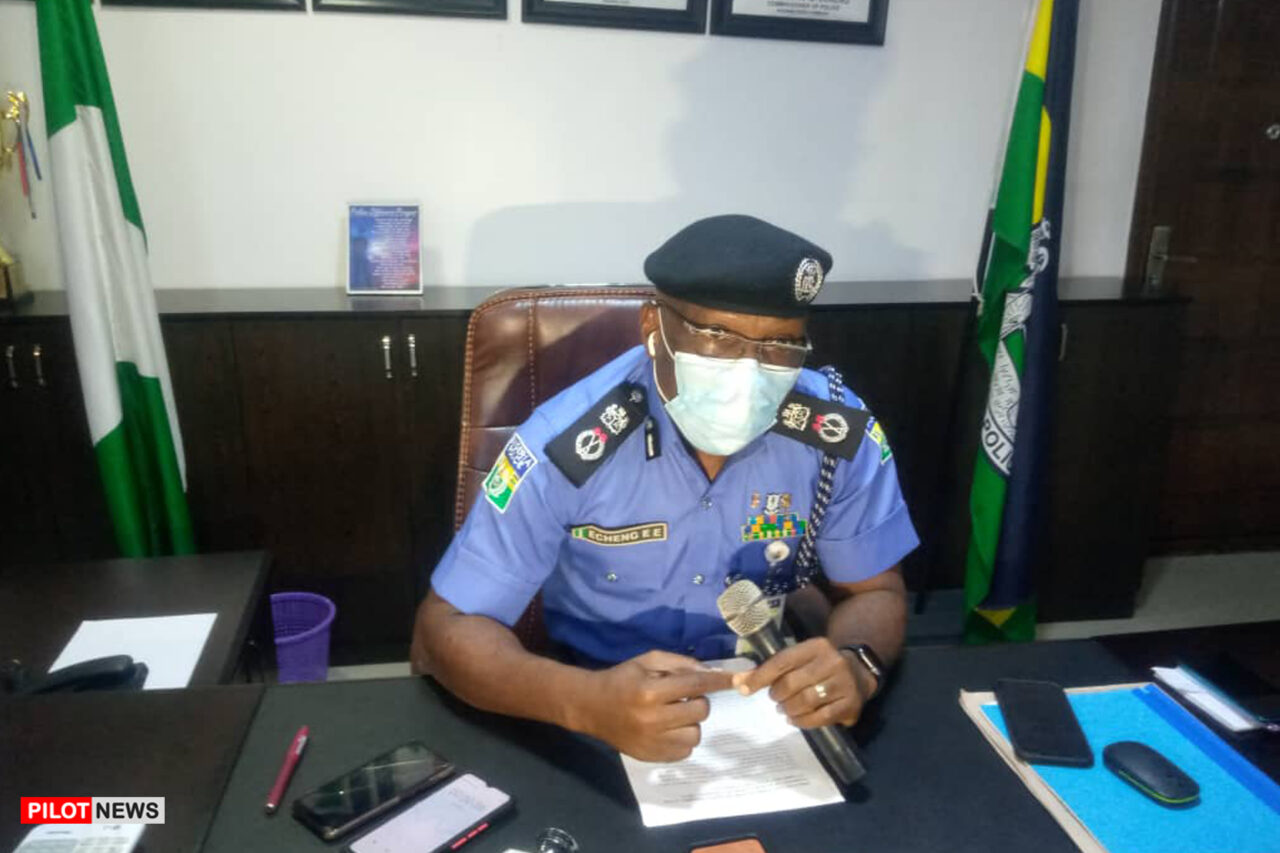 AWKA — Anambra State Police Commissioner, CP Echeng Echeng has said that the command will not tolerate any form of indolence from errant officers.

The commissioner said the Inspector General of Police, Alkali Baba was working hard to reposition the force, and that in Anambra State, he is not relenting to ensure that all personnel of the force in the command conformed with the goal of attaining a repositioned force.

“Today, we are here to decorate 39 of you, who were promoted from DSP to SP. The IGP deemed you fit for this promotion, after the approval of the Police Service Commission.

“These authorities have all your details and have looked into your efforts in the force and found you worthy to be promoted.

“You may receive new postings from today, and wherever your posting takes you, you need to serve the police well. The force will not tolerate any form of ill behaviours from you. What the IG has been doing through promotion and other welfare packages is to ensure that your morale is high, so we will not tolerate less from you.”

The command’s spokesperson, DSP Toochukwu Ikenga who moderated the decoration exercise stated that the high number of promoted officers from Anambra showed that the efforts of men and officers of the command in the fight against crime have not gone unnoticed.

“The promotion also shows that Anambra State Police command is firm. Despite the security challenges, we are witnessing promotions in Anambra.

“This shows that our efforts have not gone unnoticed. We are ever ready to fight crime and ensure safety in Anambra State, and the promotion will spur us further,” Ikenga said.

There is No Discriminatory Passport Fees Between South and North - NIS