Rallies in support of the presidential candidate of the Labour Party, Peter Obi, continued on Saturday in major towns and state capitals with his supporters marching through the streets of Abuja, the Federal Capital Territory (FCT); Illorin, Kwara State; Eleme, Rivers State; and Minna, Niger State.

In Abuja, the crowd of supporters made up of a coalition of support groups as well as other well wishers began their walk from the famous Unity Fountain, Central Business District, through the city center to the city gate along the Nnamdi Azikiwe International Airport road. 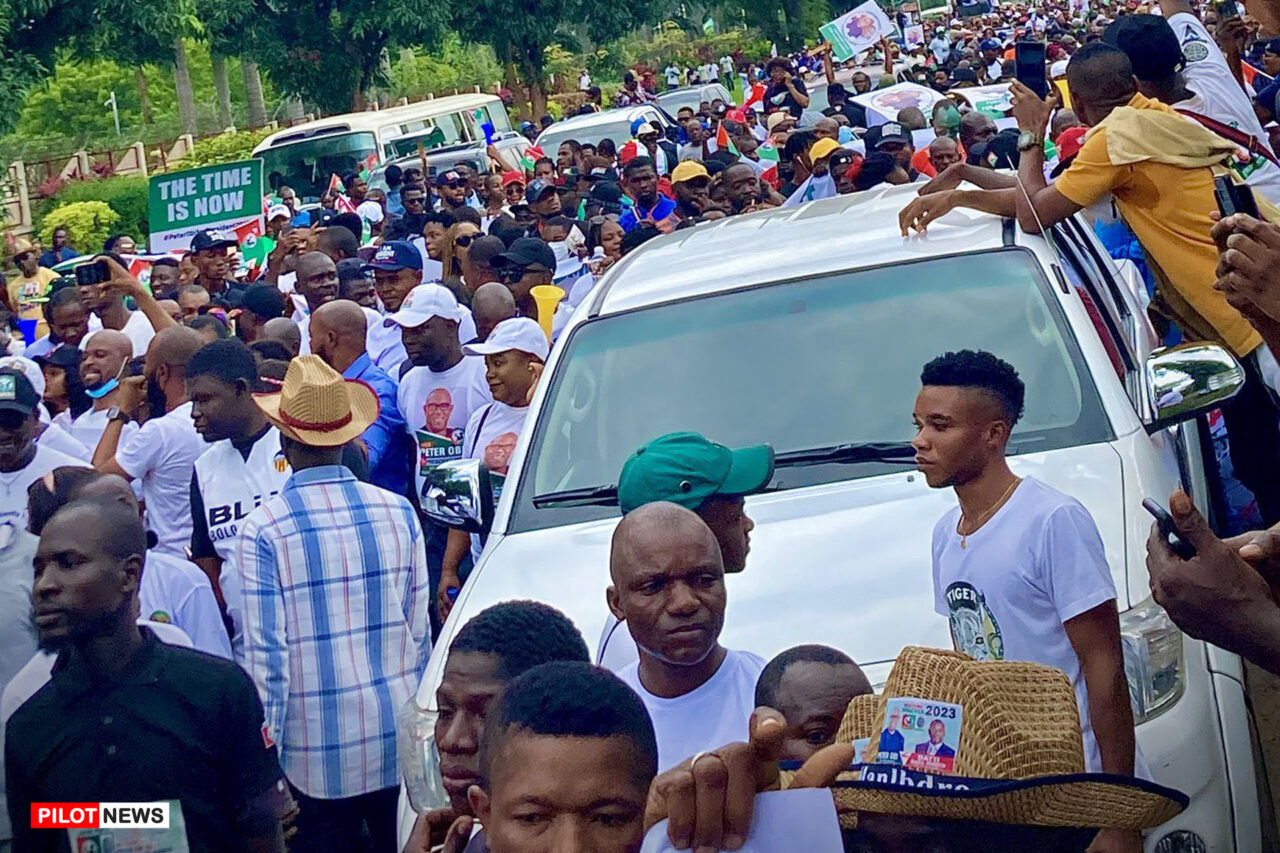 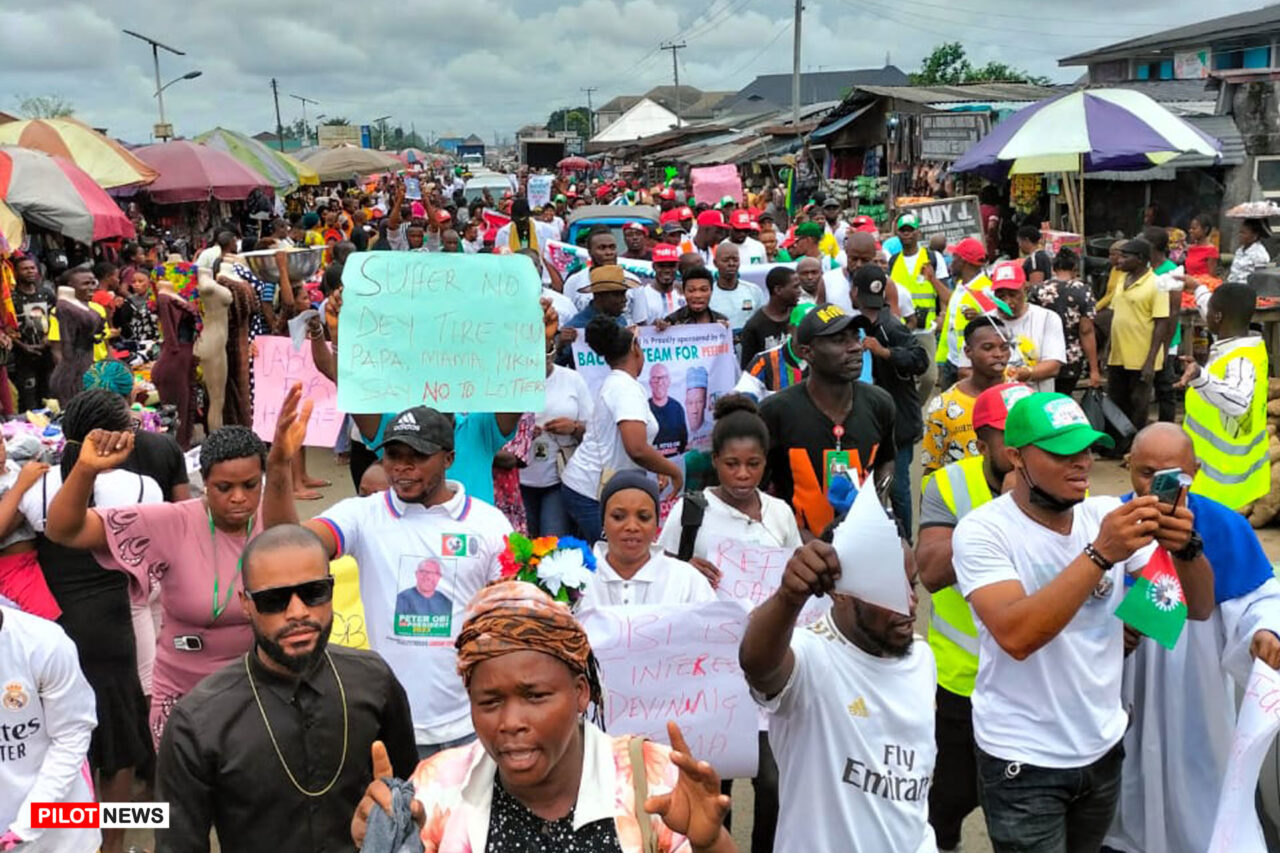 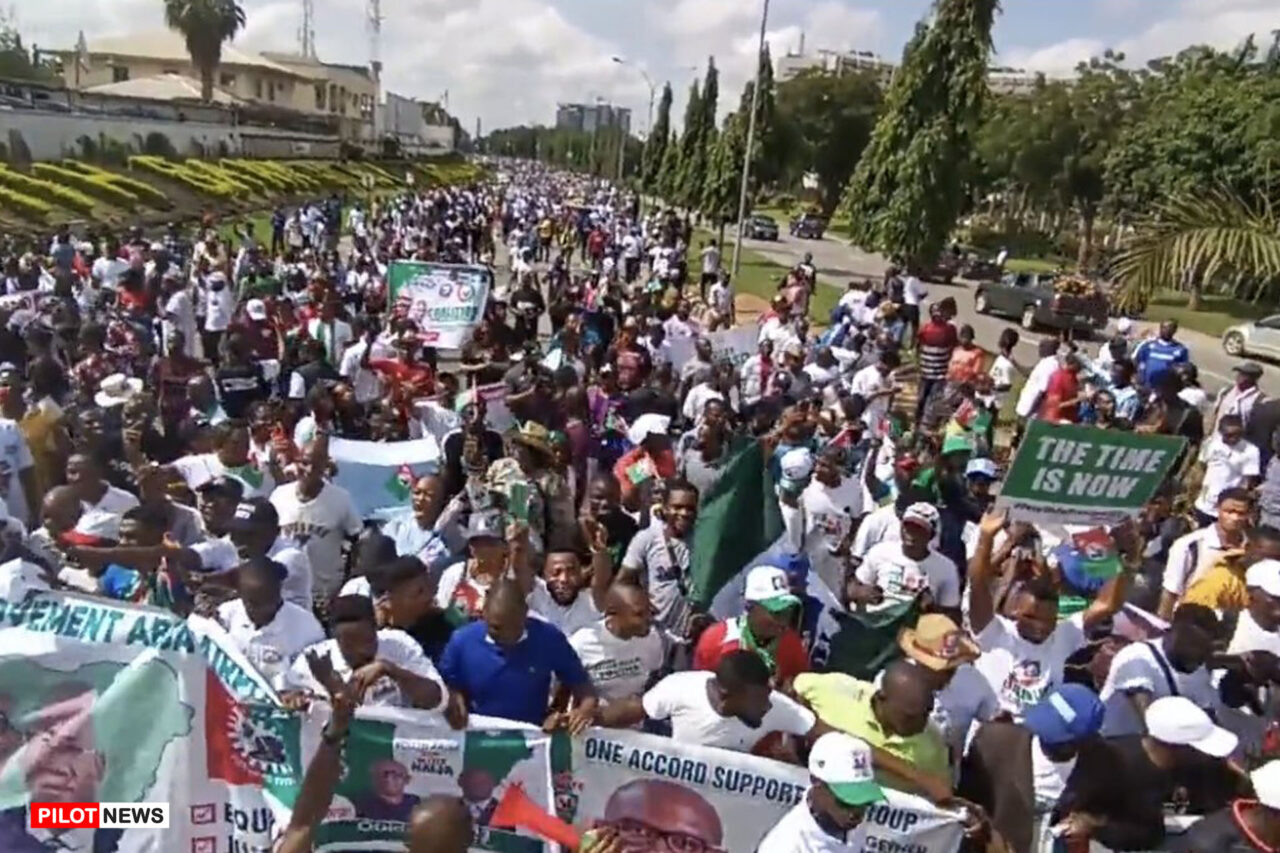 Our correspondent gathered that the police in Kwara State blocked the road stopping members of the Obidient Movement from marching the streets for their rally.

However, the supporters didn’t allow the police intimation dampen their spirit as they staged a Fuji concert right there.

Eleme, a local government area in Rivers State, and Minna, the Niger State capital were also on Saturday morning brought to a standstill by a mega rally by the supporters of Obi.

The massive turnout of Obidients for the solidarity march in support of Obi overwhelmed the Eleme and Minna metropolis.

The pro-Obi supporters who participated in the one-million-man marches across the cities wore T-shirts and fez caps branded with the pictures of Obi and his running mate, Senator Yusuf Datti Baba-Ahmed, brandishing the LP flags, fliers, and banners.

They are making a statement that Obi and Datti Baba-Ahmed, have physical structures beyond social media.