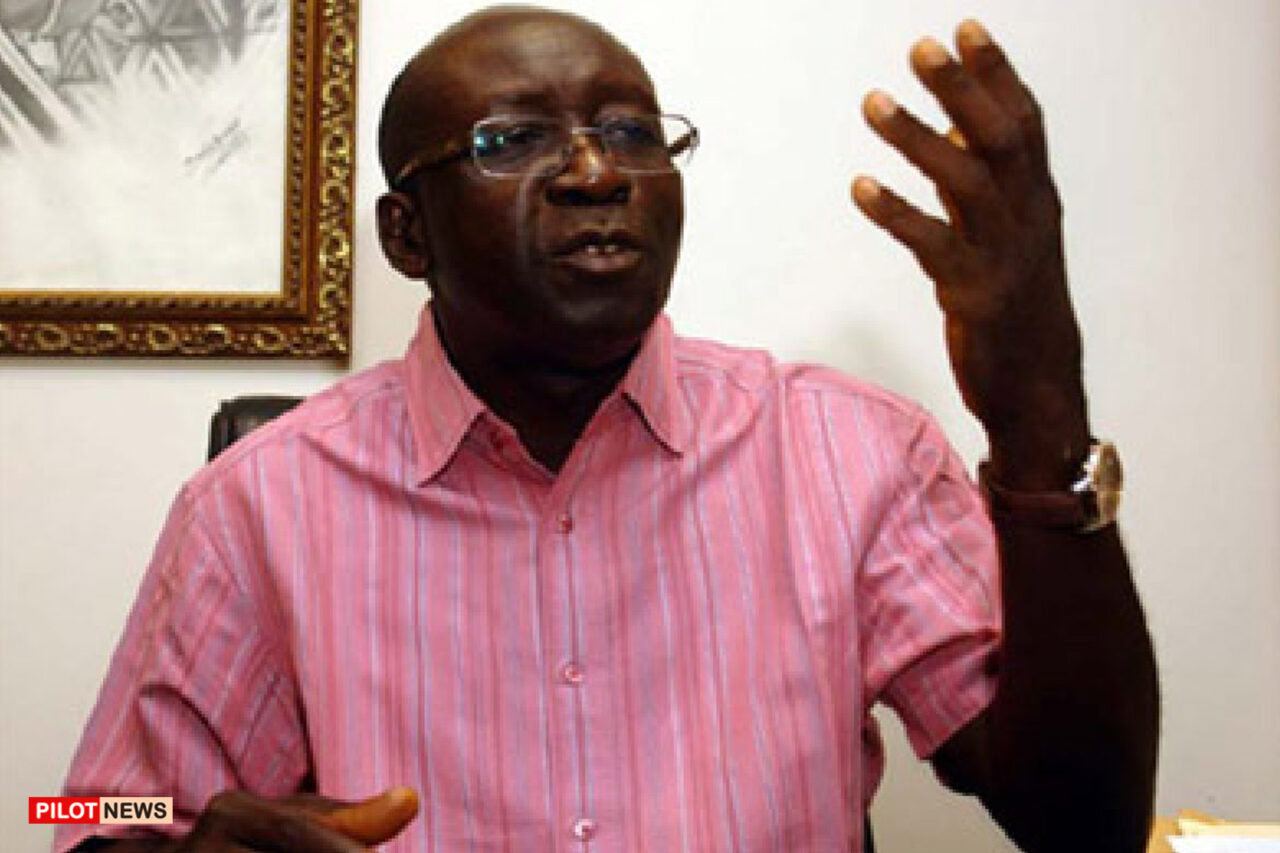 The Coalition of the Northern Nigeria Peoples Democratic Party Youth Movement on Friday protested at the PDP Secretariat in Kaduna, demanding the resignation of Senator Iyorchia Ayu, the national chairman of the party.

The protesters carried placards with inscriptions reading: ‘Ayu must go’, ‘Ayu must step down’, ‘We need justice, and fairness for all.

The demand is coming following the crisis that the party has been facing since former vice-president, Atiku Abubakar, clinched the ticket of the party for the 2023 general election.

The spokesperson of the group, Shehu Isa-Dan’Inna, who spoke with newsmen, clamoured for unity, which he said would ensure the party’s victory at the forthcoming polls.

Isa-Dan’Inna said the crisis would only make the party lose votes in the next election, adding that Ayu must resign from his position as he had promised.

According to him, it was better for the party to lose Ayu as the national chairman than lose the presidential election.

“About six governors are fighting one governor; in the South, we have about four presidential aspirants cut across different parties which will reduce our votes, and the ruling party again which is strong,” Isa-Dan’Inna noted.

“The other man is also so strong, we don’t want to divide our votes, that is why we are calling on Sen. Iyorchia Ayu to resign.

“It will be better for us to lose Ayu as the PDP chairman and clinch the president seat than to leave him and lose the presidency.”

Stressing that the North could not hold about three key positions in the party, the group leader said if the national chairman fulfills his promise, the party would win the presidential election in 2023.

“For the PDP to project transparency as it had always done, the North should not hold about three key positions in the party,” he said.

“If Ayu should keep to his promise, victory will surely be ours and Nigerians will smile again, the party leaders must act to salvage Nigerians, we don’t want to continue suffering.”