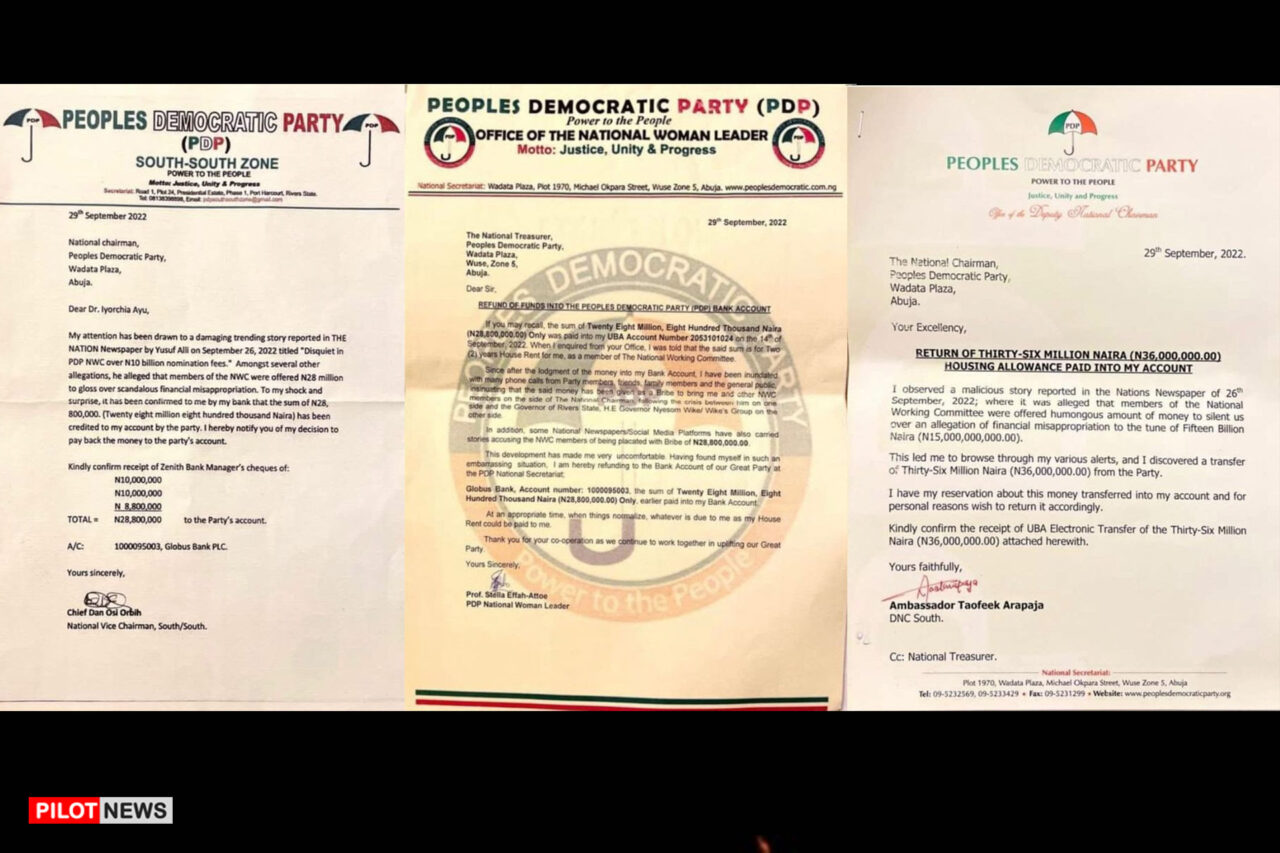 The crisis rocking the biggest political opposition party in Nigeria, the People’s Democratic Party (PDP) has taken a new dimension as some members of the national working committee from the southern part of the country are returning their share of the alleged ₦15 billion loot to the coffers of the party.

The NEC members made this known to newsmen in their separate letters addressed to the National Chairman of the party, Dr. Iyorchia Ayu.

In his letter, the Deputy National Chairman South, Ambassador Taofeek Arapaja said he returned the ₦36 Million credited to his account because he had reservations about the money transferred into his account.

However, in a press statement, the PDP through the National Publicity Secretary Mr. Debo Ologunagba refuted the bribery allegations, saying the monies paid into the account of NWC members as housing allowances.

“If for any reason, anyone decides to return money duly approved and paid, such does not in any way suggest that the money was paid as a bribe or an illegitimate money,” the statement adds.

Independence: Muslims Pray For Peace, Sustainable Development Of The Country