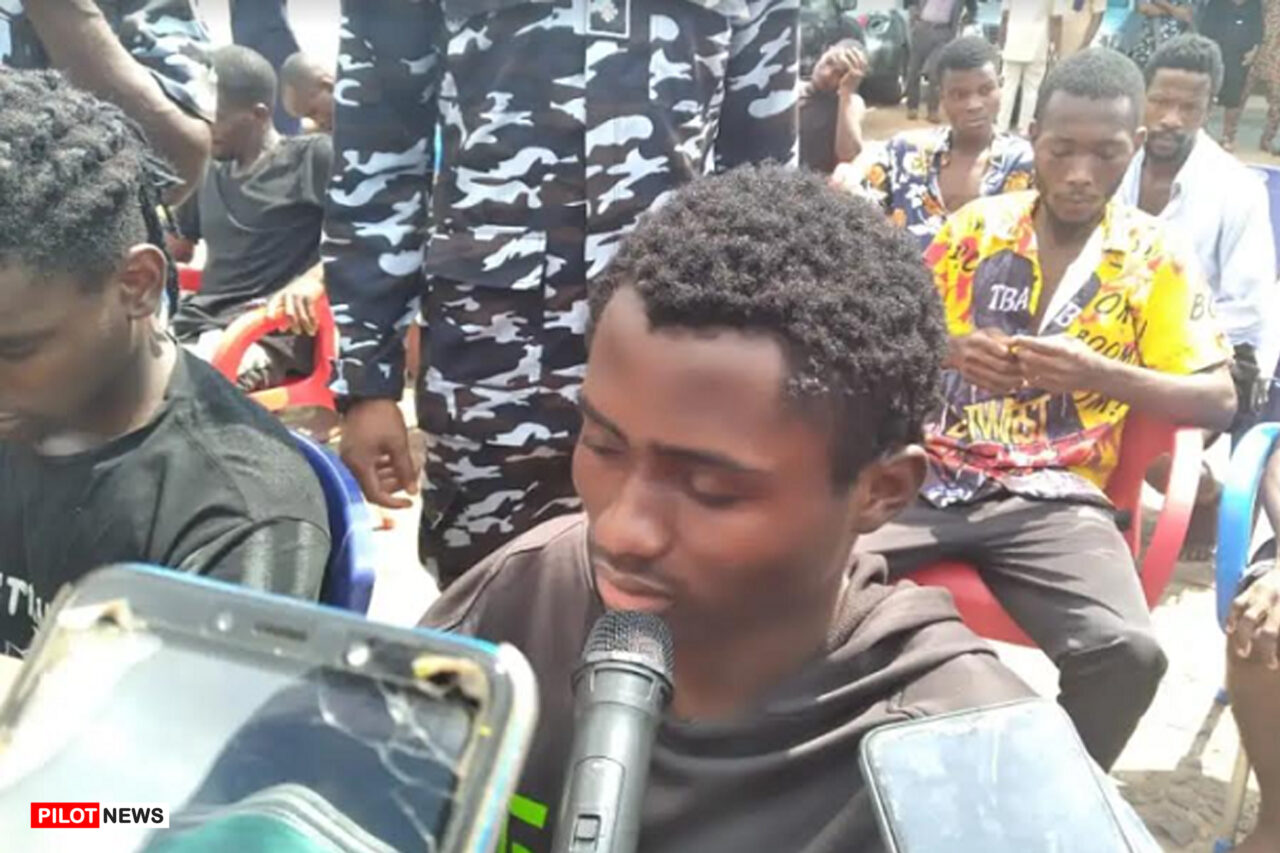 The Nigerian Police, Anambra State Command, has arrested a 20-year-old man, Ekenedilichukwu Okeke, for allegedly killing his stepmother, Mrs.Theresa Okeke, aged 54 years, an Accountant with the National Population Commission, Awka, the state capital.
Parading the suspect alongside his aaccomplice at the state police headquarters, Amawbia, on Friday, the Commissioner of Police, Mr. Echeng Echeng, said the suspect allegedly connived with his friends to murder the woman in order to withdraw a sum of N1 million from her bank account.
According to the CP, “One Mrs. Theresa Okeke, aged 54 years, an Accountant with National Population Commission, Awka, was murdered in her residence at Number 4, Umuziocha, Awka.
“Immediately the case was reported, her stepson, Ekenedilichukwu Okeke, aged 20 years, who slept in the same house with the deceased, was arrested for interrogation. He claimed that armed robbers stormed their residence and killed his stepmother. However, after an intelligence based interrogation, he eventually confessed to the crime and named his accomplices.
Detectives from State CID, Awka, swiftly mobilized in search of the accomplices which led to the arrest of three additional suspects, namely; Peter Jideofor, aged 23 years, Chukwuemeka Christopher, aged 29 years and Chisom Emmanuel Dike, aged 22 years.
“They have all confessed to the crime and disclosed that it was the deceased’s stepson who contracted them to come and kill the deceased to enable them transfer the sum of N1 million from her account, having known her phone password.
The suspects will soon be charged to court,” Echeng added.
During his parade, the stepson said he decided to kill the woman out of anger for asking him to vacate the house over a misunderstanding.