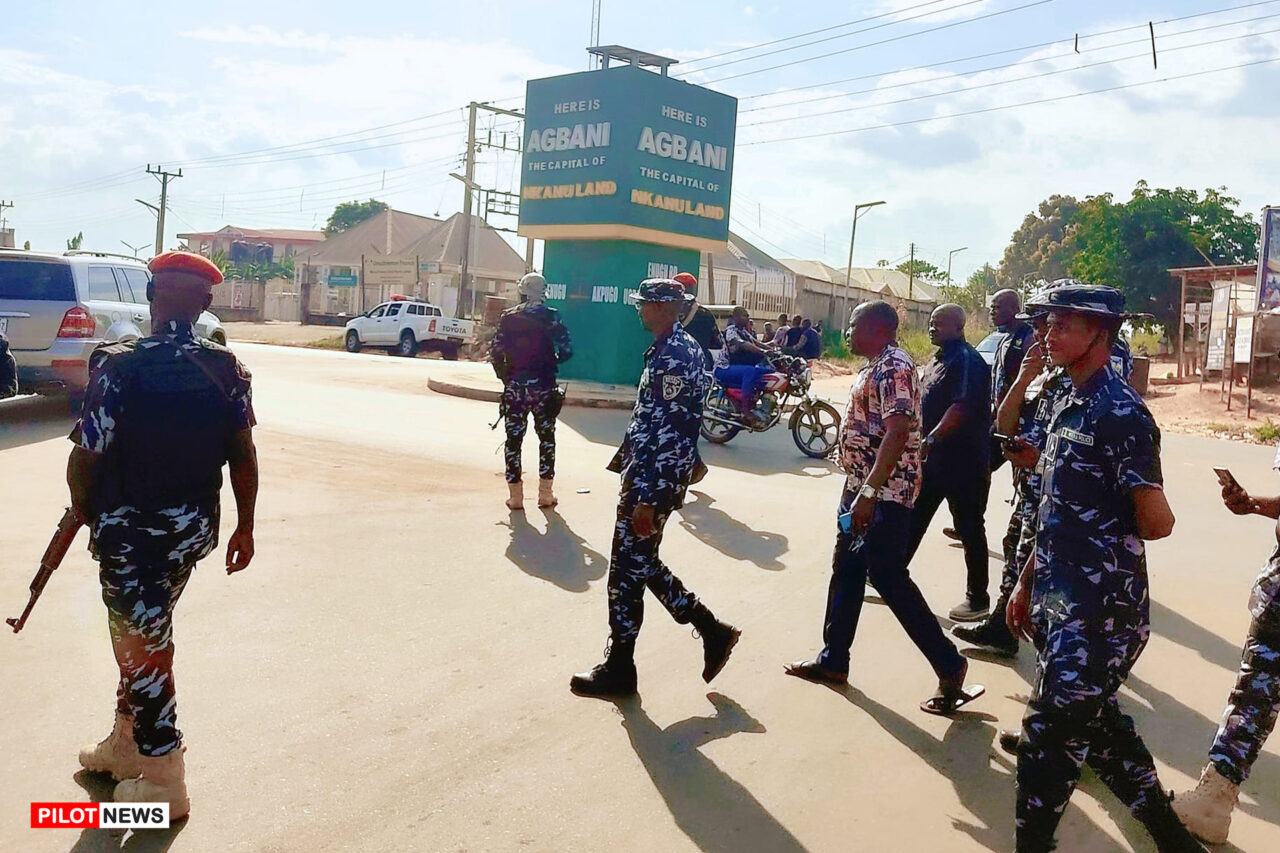 Confirming the incidence, the Commissioner of Police, Enugu State Command, CP Ahmed Ammani, in the command’s official bulletin of 20TH November, 2022 states, “Three (3) Police Operatives performing stop-and-search duty were attacked and murdered by armed hoodlums suspected to be IPOB/ESN renegades; the hoodlums were about fifteen (15) in number and operated with a Lexus SUV and Toyota Tundra vehicles.”

The CP further disclosed that his visit to the scene of attack is to enable him assess and re-strategize ways to contain the nefarious activities of the subversive criminal elements, following their recent attacks and gruesome murder of Security Operatives and innocent citizens of the State.

Preliminary investigation also suggests that these same hoodlums are responsible for shooting of a Filling Station manager on the thighs, kidnapping of a male victim and snatching of another person’s vehicle within the Ibagwa-Nike and Alulu-Nike axis of Enugu East LGA, on the 17th and 18th November, 2022.

The Commissioner also visited Nkpokolo-Achi in Oji-River LGA, were two brothers were attacked and murdered; Gabriel Onuzulike (m) and his brother. Gabriel was a former Chairman of Oji-River LGA and Commissioner in the Enugu State Government.

The assailants were pursued, intercepted and engaged in a fierce gunfight at Inyi community, Oji River LGA, by a Joint Police/Army Team, as they were trying to escape to Anambra State.

Two (2) of the hoodlums were gunned down while others escaped into nearby forest with severe degrees of gunshot wounds; one (1) AK-47 rifle and one (1) pistol with several live ammunition were recovered.

Also, the Toyota Land Cruiser Prado Jeep belonging to the deceased victims, a Toyota Camry car the assailants attempted to snatch from another victim and a RAV4 Jeep they used for the heinous criminal operation, two (2) mobile phones and other incriminating items were recovered from the scene.

Consequently, the Commissioner has ordered a maximum deployment of all the operational and intelligence resources of the Command to hunt down criminals operating in the State; “We will stop at nothing in fishing out and putting to an end the heinous and violent crimes of the unrepentant criminals.”

The Enugu state police command further enjoins citizens to remain law-abiding, vigilant and assist the Command with credible information so as to rid the state of criminal elements and contain acts of crime and criminality in the State.

"AY Must Not Perform in UK, He's Homophobic" — Gay Activist