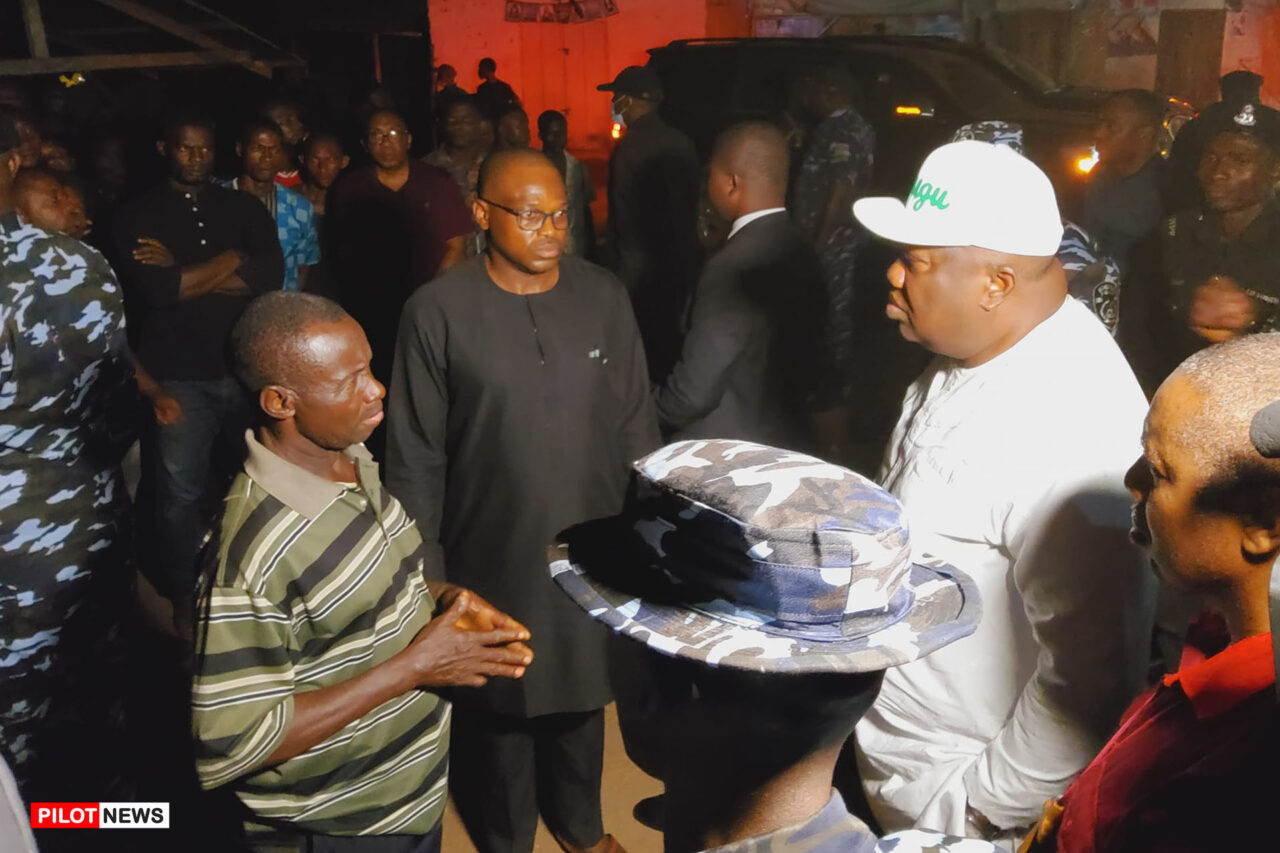 The Enugu State Governor, Ifeanyi Ugwuanyi has reassured the Aguamaede and Mgbuji indigenes of the state government’s commitment to restoring lasting peace and order in their communities.

Ugwuanyi stated this when he visited the communities where he interacted with the locals who narrated the incidents that led to the recent crisis in both communities; he empathized with the community reassuring them of his administration’s commitment to their safety and wellbeing as well as the resolution of the crisis between farmers and herders

In company of the Governor’s entourage are the State Commissioner of Police, CP Ahmed Ammani; the Garrison Commander, 82 Division of the Nigerian Army, Brig. Gen. M.K Ibrahim, and the Anglican Bishop of Nike Diocese, Rt. Rev. Dr. Christian Onyeka Onyia and other security personnel.

The meeting was held at the village square and the entourage also visited the village market.

In response to the show of love, the Eha Amufu indigenes appreciated Governor Ugwuanyi for visiting the troubled zone even at night; this they said demonstrates his commitment to ending the long lasting farmers/herders issues in Eha Amufu.

They also thanked him for the N10 million released for the immediate needs of the victims, among other interventions.