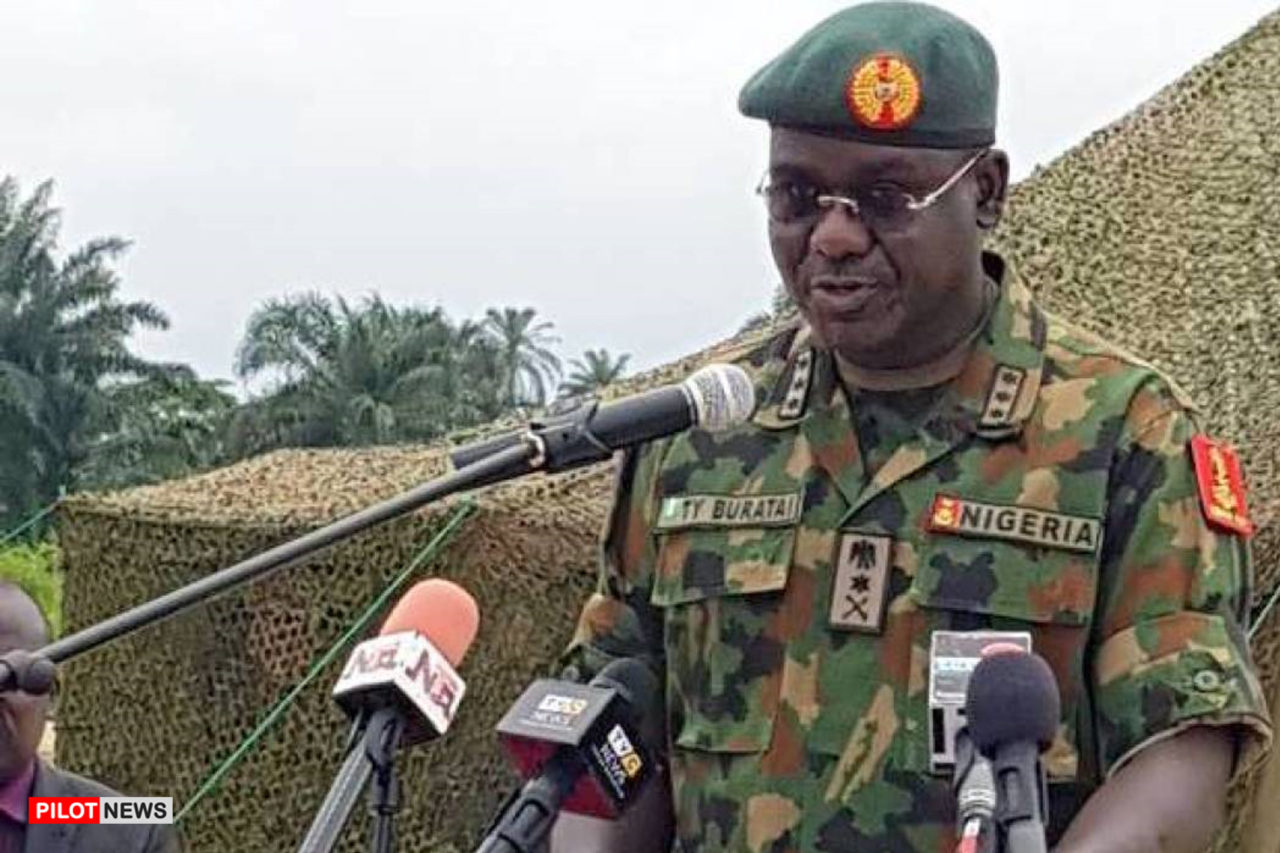 The Nigerian Army led by  Lt. General Tukur Buratai, Chief of Army Staff, is reported to have  removed General Olusegun Adeniyi, who recently appeared in a viral video beggingmilitary authorities to supply them with weapons and accurate intelligence to combat Boko Haram terrorists in the North-East region.

Adeniyi, who is Theatre Commander of Operation Lafiya Dole, in the viral video lamented how his men were outgunned and ambushed while on an operation in Borno.

West African Pilot Tuesday learned that there was  a massive shake-up involving the redeployment of over 50 senior officers would be carried out today and Adeniyi is one of persons affected.

The Nigerian Army has in recent times suffered huge losses in the fight against Boko Haram due to alleged lack of intelligence, sufficient weaponry to match the insurgents.

It could be recalled that Boko Haram recently ambushed and killed over 70 soldiers in Borno State.

The statement read as thus:

In the rekindle spirit of professionalism, the Nigerian Army has released the postings and appointments of some affected senior officers. The posting which was approved by the Chief of Army Staff (COAS) Lt Gen TY Buratai is a routine/normal exercise intended to reinvigorate the system for greater professional effectiveness and efficiency.

UPDATE: One Feared dead as Inmates In Kaduna Prison Attempt Jailbreak Over Coronavirus