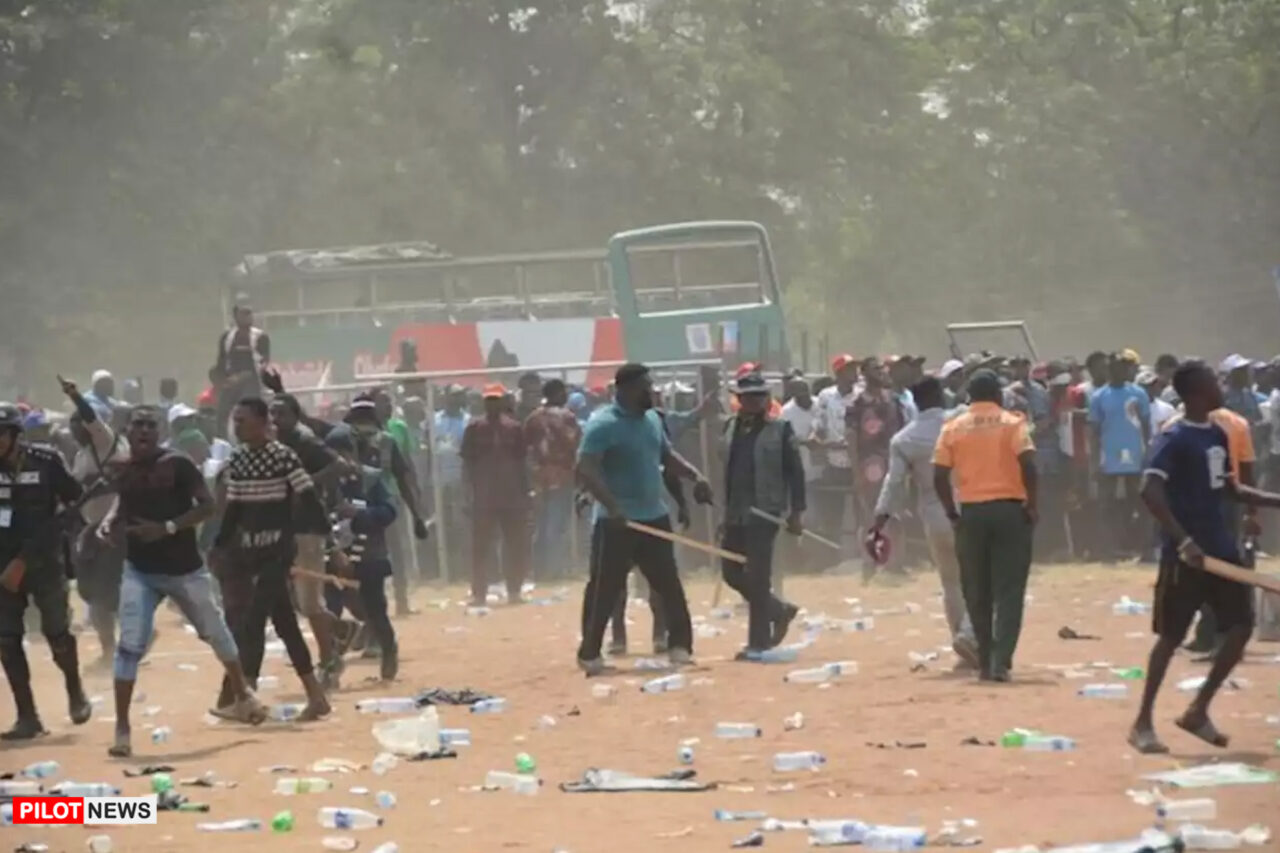 The Taraba State Police Command has confirmed the death of one person while many others sustained various degrees of injuries following a feud between youths of two different settlements in the Water Board area of Jalingo, the Taraba State capital.
It was reported that Houses and worship centers were destroyed while vehicles were burnt, and shops looted in the wake of the crisis.
It took the intervention of security operatives before the tension was doused.
The fracas was attributed to an earlier fight between two people at a party from different settlements who both befriend the same lady.
Taraba State Commissioner of Police, Ahmed Azare, who visited the area condemned the incident, saying only one person was killed during the crisis.
Azare added that some people have been arrested in connection with the crisis.
“From the report gathered by my men on the ground, only one person was confirmed killed with many injured and receiving treatment at the hospital,” he said.
A victim of the clash Salihu Sale decried that the wanton destruction of properties by the youths.
Sale, a bread bakery owner added that when the fight broke out, he fled for safety along with his workers only for then to return and loot the bakery.
“This incident started four days ago as a minor scuffle. It then degenerated into a fight between youths of two communities over a lady.
“It later became a religious fight between Christian and Muslim youths. They broke my doors and windows, but fortunately, security operatives arrived and took control of the situation and that is why I am here to pack what is left of my bakery,” he said.
An eyewitness, Ezekiel Ali, said he saw the lifeless bodies of two youths on the ground after the fight.
“Although I am not a specialist, from what I saw, one of the victims was hit by bullets because we saw holes in his body,” he said.