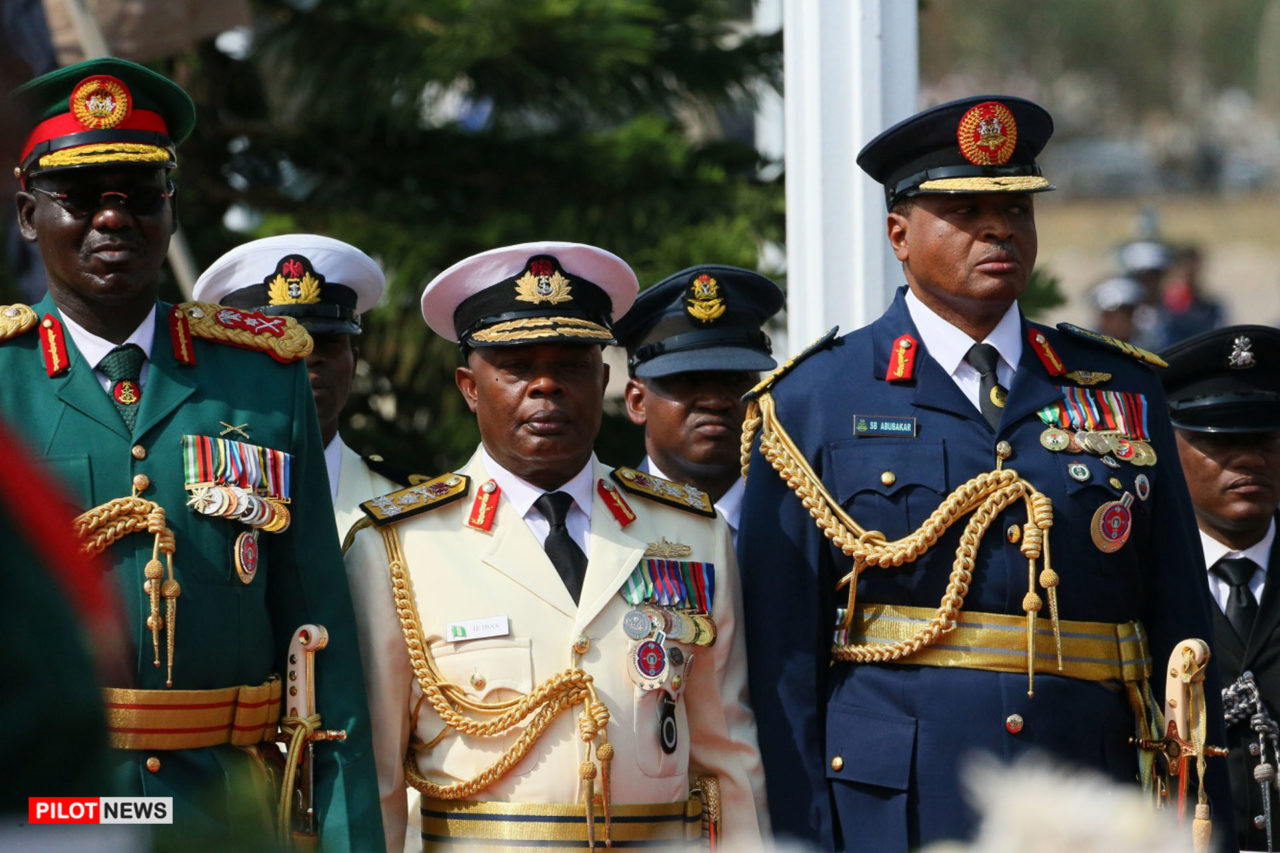 President Muhammadu Buhari’s Senior Special Assistant on Media and Publicity, Garba Shehu, has dismissed the clamor for the sacking of service chiefs, saying it is ‘out of place.’

The horrific killings of at least 43 rice farmers at the Zabarmari in the Jere Local Government Area of Borno State last Saturday has ignite the fresh call for the sacking of the Nigeria’s service chiefs.

In his reaction to the call by several Nigerians, who also want the president to restructure the architecture of the country’s security, the President’s spokesperson said the decision to retain or sack any of the service chiefs is only at the President’s discretion.

Shehu spoke on Monday night in an interview with AriseTV.

He said, “I am not aware that the tenure of service chiefs is subjected to any law or regulation that is clearly stated. They serve at the pleasure of the president and (if) the president is satisfied with their performance, he keeps them. The buck stops on his table —with due respect to the feelings of Nigerians.

“The clamour for the sack is out of place considering that the president is not subject to the opinion of opposition political party which has clamoured for this all the time. It is entirely his own determination; he decides who he keeps as his service chiefs and for how long.”

The terrorists were reported to have first tied up the farmers, who were working in rice field before slitting their throats.

She had earlier said that the farmers had no military clearance to be on the rice farms when the attack occurred.

The reaction was welcomed by outrage on social media as many Nigerians lambasted him for blaming the dead.

She reiterated this position in his explanation on Monday night, he said, “My suggestion in the earlier news report is that the military had not certified those areas as being free of landmines and terrorists’ intrusions. Whether there are processes for getting licenses or commissions, it is not for me, the military is in a better position to describe those processes.”

Restructuring is A National Endeavor, Let’s Realize It Together – El-Rufai