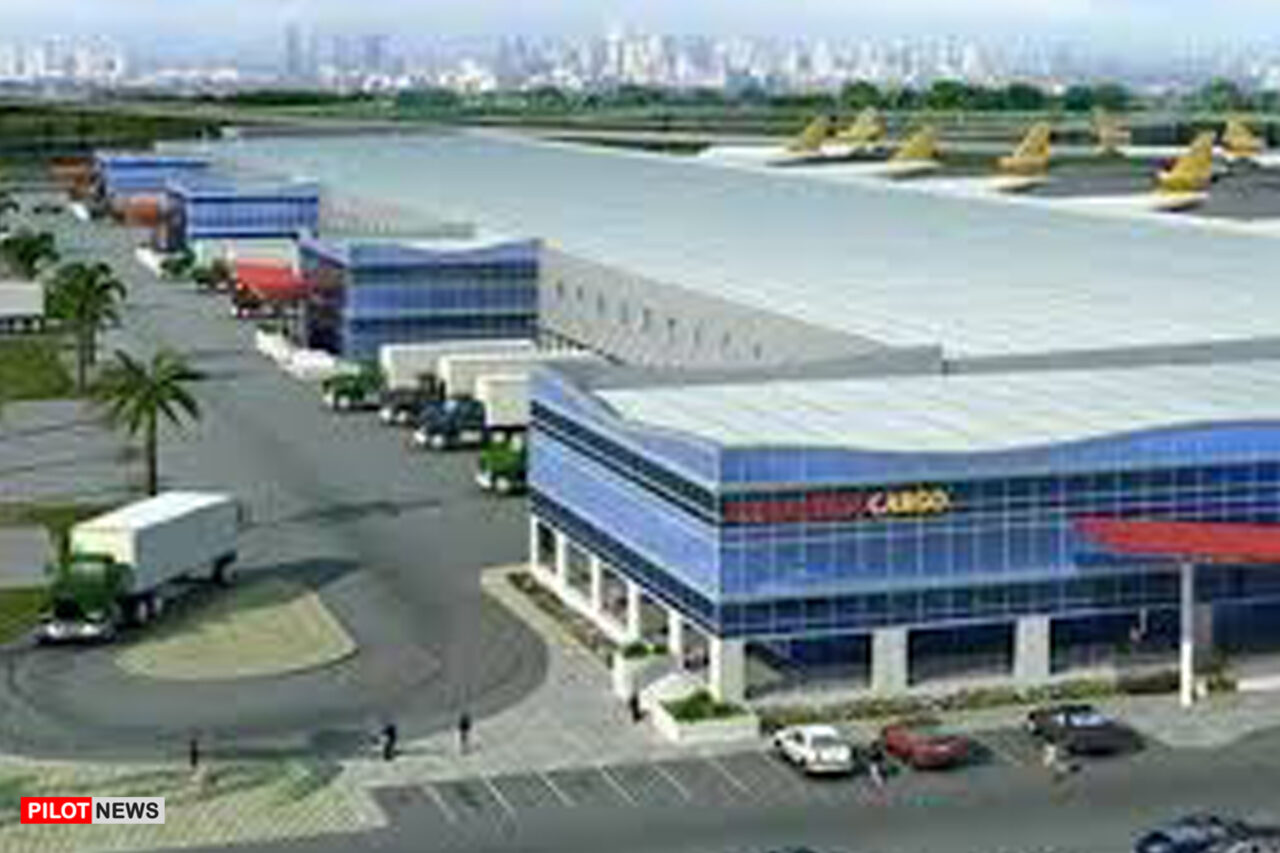 The Anambra International Cargo Airport, Umueri stands out as the most auspicious (cynics would prefer ambitious) singular physical infrastructure capable of significantly enhancing the face of commerce and the entire economy of Anambra State embarked on by the Governor Willie Obiano administration. It will equally propel the international trade interests of the South East to Olympian heights. Hardly can anyone credit any project of such consummate economic influence to any state government that ever existed east of the Niger.

Interestingly, the history of the project portrays the wisdom in the strategic economic permutations of Dr. Chris Ngige and Mr. Peter Obi, both remarkable former Anambra State governors, during whose administrations the parcels of land at the present sight of the Cargo Airport were variously duly acquired without let to the rights and privileges of the Ivite-Umueri community, the customary owners of the project sight.
Verifiable records have it that the original intention of Orient Petroleum Resources Limited, a petroleum outfit with commanding holding by the Anambra State Government, to merely site an airstrip at Ivite-Umueri to service sales of aviation fuel from its refinery was reviewed by the State Government’s later preference for a full-blown mega International Cargo Airport that will integrate the aviation fuel sales and cargo services. To attain the new target, the search party for an appropriate site that would adequately provide for the expanded demands of the venture opted for Ivite-Umueri which had Igbariam in close competition.

Dr. Chris Ngige secured Parcel A, while Mr. Peter Obi secured Parcels B, C & D and went ahead to consolidate statutory acquisition of Parcels A, B, C & D via a process that included but not limited to a duly documented and appropriately published “NOTICE OF REVOCATION OF RIGHTS OF OCCUPANCY ISSUED UNDER THE LAND USE ACT CAP 202 LAW OF FEDERAL REPUBLIC OF NIGERIA 1990” signed by Governor Peter Obi on the 27th of July, 2010. This was well over three calendar years before the emergence of Governor Willie Obiano as Peter Obi’s successor.
These Parcels of land did not suffer any haphazard or arbitrary delineation. Due processes and professional international best practices were deployed in their survey – with coordinates that bear them out. While Parcel A measures 760.279 hectares, Parcel B measures 539.781 hectares; and Parcels C and D measure 276.746 hectares and 324.894 hectares respectively. These figures summing up to 1901.7 hectares did not happen howsoever. NO!

On the 24th of November, 2011, via a letter entitled “RE-ACQUISITION NOTICE IN RESPECT OF PARCELS A, B, C AND D OF LAND MEASURING APPROXIMATELY 1901.70 HECTARES SHOWN ON SURVET PLAN NO ANO(A)108 FOR THE ESTABLISHMENT OF ANAMBRA INTERNATIONAL CARGO AIRPORT” the Anambra State Government invited “representatives of Ivite-Umueri Community, as well as their representative, registered land Surveyor for a joint inspection of the above site.” Ministry of Lands, Survey and Town Planning officials; representatives of Umuefi Nteje (a community contiguous to Ivite-Umueri) and their registered land Surveyor were also invited. Each of the communities was asked to appoint four representatives exclusive of their land Surveyor and Estate Surveyor. This joint physical inspection exercise was conducted to enable straightening of any doubts there might be about actual demarcation points of the parcels of land so demised to Anambra State Government.
The Anambra State Government, in 2012, paid a monetary compensation of N145,520,021 (One hundred and forty-five million, five hundred and twenty thousand and twenty-one naira) to the Ivite-Umueri community (the customary landowners) as compensation for Parcel A of the project site. This transaction was effected through the duly appointed Attorneys of Ivite-Umueri community: Messrs. Cele Ugonabo & Co, and Gilbert Nwanna & Partners.

In a letter of the Ivite-Umueri Consultative Assembly to The Honourable Commissioner, Ministry of Lands, Awka, Anambra State jointly signed by Engr. Pius Achiebo (Chairman) and Mr. Jideovo Oyi-Onyeogu (Secretary-General), dated 9 – 11 – 2016, they, while acknowledging receipt of compensation (though they said the payment was made “sometime in 2014” against the Government’s record of payment in 2012), pleaded with the Commissioner as follows, “We therefore plead to our amiable Commissioner to use his good office (sic) and ensure that the payments in respect of parcels B, C, and D, are paid to Ivite Umueri through our Attorney, Gilbert Nwanna.” They also appealed with the Commissioner to “come and ascertain the extent of revocation so as to enable the land owners to make use of their adjourning (sic) land by placing long beacons on their own.” 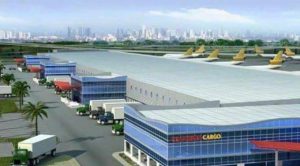 Evidently, with the conclusion of enumeration and Environmental Impact Assessment, and full payment of compensation by the State Government in respect of Parcel A (N145,520,021 paid in 2012) and Parcel B (N142,251,240 paid in two installments of N72,251,240 and N70,000,000 in 2016 and November 2019 respectively), the Government sufficiently expressed its determination to walk its talk on the Airport Project. It however took the unprecedented commitment of Governor Willie Obiano, who himself effected compensation payment for Parcel B, for the Anambra State Government to fully mobilise to site pursuant to making the Airport dream come alive; hence the unrestrained speed of high profile construction work at the project site, as well as the successes the Governor is making in the intangible realms of seeking endorsements from relevant Federal Government and International Authorities for unhindered resumption of operations of the Airport when the speedily ongoing infrastructural demands would have been met.

With the above spate of developments towards the realization of the Anambra State International Cargo Airport, Umueri, every progressive and fair-spirited person, particularly those in whose immediate neighbourhood the project domiciles, should be jubilantly awaiting the birth and flourish of the venture. But to one’s utter consternation, it has been observed that a few disgruntled indigenous Ivite-Umueri fellows, who probably have grossly compromised themselves in unholy land deals affecting the demised Airport space, band together seeking to cast the Commissioner for Works, the Governor and the Anambra State Government as despotic land grabbers who, driven by invidious motives beyond the greater good for the greater majority, are using coercive state powers to extort large portions of farmland from Ivite-Umueri people. This group struggles to advance the bland and tedious argument that Gov. Obiano and Engr. Marcel Ifejiofor, both indigenous to Aguleri, are prosecuting a territorial expansion agenda of Aguleri people by facilitating the inauguration of the Airport operations with a view to adopting the project for the Aguleri community. How puerile an argument for a project that is not only relatively far-flung from Aguleri town, but whose name duly bears Umueri as the town of domicile? And to bring the wanton emotional victim-conspiracy to the fore, the Commissioner for Lands, Mr. Bornaventure Enemali, who, being the host Commissioner for the project, should have been majorly implicated by the group had they any genuine claim, was not in any way pronounced culpable by the group. Yes, he is not an Aguleri man, so his involvement would stir no rumble!

Oftentimes good intentions and pliant acts towards their realisation attract frivolous reactions intended to thwart noble causes. The sustenance of a mission therefore becomes the preoccupation of a visionary whose determination to lend credibility and flesh to a cause compels to maintain an unwavering focus on the target, else both the noble spirit and the project fizzle out and gladden ignoble hearts.
Governor Willie Obiano has stoutly demonstrated his resolve to birth the Anambra International Cargo Airport, Umueri, regardless of peripheral attempts to scuttle his avowals to increasingly expand the frontiers of good governance as long as his term runs.