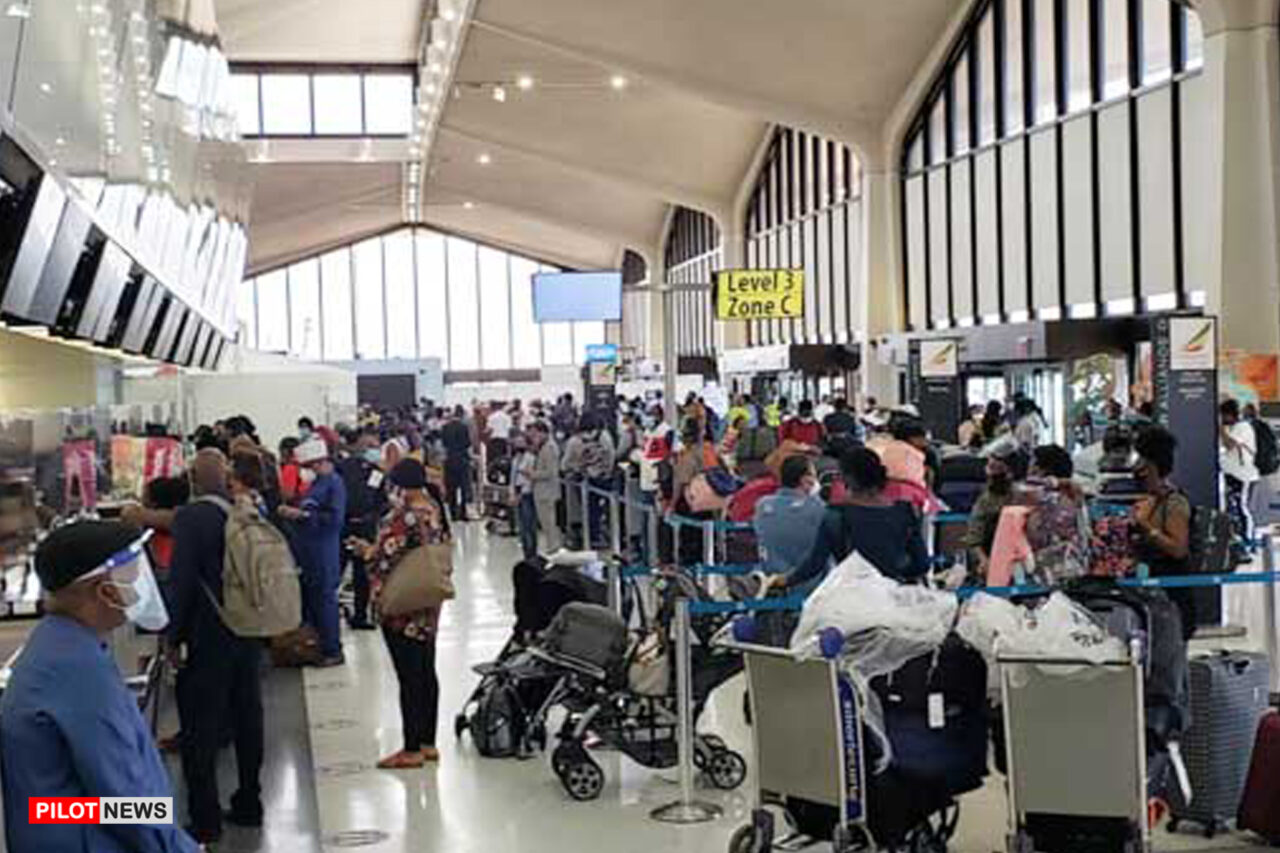 ABUJA — The Nnamdi Azikiwe International Airport, Abuja, on Friday, witnessed increased traffic due to the huge number of passengers travelling to different parts of the country to celebrate Easter.

Reports by The News Agency of Nigeria gathered that flights from Abuja to other routes were fully booked before Thursday.

Also, booking and check-in counters of many airlines were crowded with travelers rushing to board their flights.

Many of the airline officials who spoke with NAN in separate interviews said there was an upsurge in traffic, but ticket fare still remained the same.

The Max Air Station Manager, Mr. Kehinde Ogunyale, said that more people had chosen to fly home for the Easter celebration than the previous years.

Ogunyele further said that Max Air also possibly experienced a unique increase in passengers due to a reduction in flights of some few other airlines.

“Some airlines are not flying while some have reduced aircraft fleet capacity, thereby putting pressure on those that are flying like Max Air.

The station manager urged passengers to plan their trips in good time ahead and prepare their minds for likely delays that could occur as a result of bad weather.

Ogunyele appealed to the government and other stakeholders to deepen efforts in providing required upgrades in airport facilities in line with the policy of continuous improvement to accommodate an increasing number of traveling public.

Mr. Adebanji Ola, Head of Corporate Communications, Arik Air Limited, said the airline was also observing increased number of travellers from Abuja to other parts of the country due to the Easter break.

He, however, also maintained the airline’s ticket price was still the same.

“Passengers traffic has been very high before Easter started. Ticket fare has not changed, it is still the same. It is just about the law of supply and demand.

“We will advise the passengers to always buy their tickets on time. When you buy ticket in advance, you get cheaper sales,” he said.

Mr. Stanley Olisa, Public Relation and Communication Lead, Air Peace Limited, also noted that the Airline had been observing an increase in passengers from Abuja to other routes recently.

“Yes, there’s been an increase in passenger traffic this season, especially to some parts of the country.

“Air Peace is committed to providing safe and best-in-class flight services, especially as we just took delivery of the second of 13 ordered brand new Embraer 195-E2 aircraft,” he said.

Some of the travellers who spoke with NAN commended the local airlines for not increasing their ticket costs due to Easter holiday.

They, however, urged the airlines to adhere to information from relative authorities to strengthen safety in the sector.

In a related development, the Federal Airports Authority of Nigeria (FAAN) had assured air passengers and other airport users of maximum safety within the airports during the Easter period.

Mrs. Henrietta Yakubu, the General Manager, Corporate Affairs of FAAN, said in a statement that the network of airports was fully prepared and ready for the usual upsurge in passenger traffic that was the norm around this season.

“We have put all necessary facilities, infrastructure, and manpower in place to ensure seamless facilitation at the airports during the Easter season and beyond.

“We also want to assure all passengers and airport users of safety and security, as relevant security agencies have been mobilised to beef up security at all the airports,” she said.

Yakubu however advised passengers to endeavour to leave their homes for the airport early enough, so as to ensure that check-in formalities are conducted in good time.