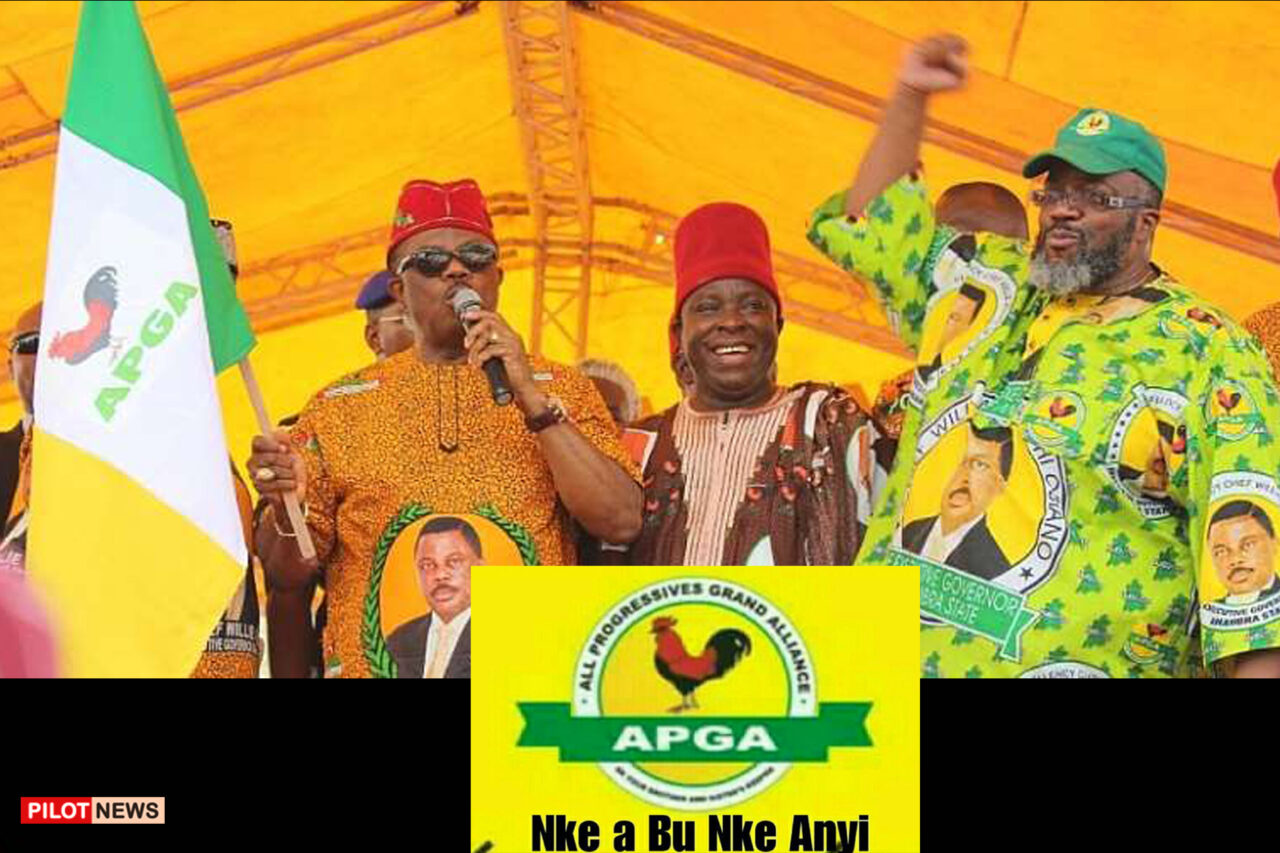 I have now taken a closer and more subjective view on the current crisis rocking the All Progressives Grand Alliance –APGA. And although I have been very critical of the way the party has been going about without due recourse to various interests within the party to harmonize and aggregate the same, it, however, remains the truth that APGA must not be destroyed by both the leadership and those that are aggrieved in the party.

APGA is a political legacy that is embedded in the undying formidability, patriotism, and Igboness of the Dim Chukwuemeka Odumegwu-Ojukwu and this legacy cannot be extinguished on temporal primordial politicking that is of absolutely no benefit to anyone, in the long run. Admittedly, APGA has been going “up and down” as many reviewers of my last piece on this matter, opined. It is indeed, regretted that APGA has remained a one-state party, for these years. In contrast, the Alliance for Democracy has metamorphosed from a one-state party to the ruling political party in Nigeria, courtesy of Bola Ahmed Tinubu, who was a former governor like many others; a league Governor Obiano will soon join. Clearly, APGA has suffered from intense mismanagement and abuse by its leaders. This was why the party failed to win Imo state in 2019. After these years, the least is that APGA is supposed to be a regional political party now, at least controlling the Southeast. By every strand of imagination, that is the least expected of the party, so for APGA to still be dragging its feet in Anambra state and still not get it right in that one state, is something really unfortunate.  Now, when will the party leadership begin to expand the frontiers of party dominance? Just when will the party live up to its true identity as a symbol of Igbo political struggles in Nigeria? So we must not forget that this is at the heart of this conversation about APGA and what becomes of the party, moving forward.

However, it must be observed that the ragging disagreement in APGA is a direct consequence of the injustice, pattern of reward, and general operational outlook, which has done nothing except subject the party to run in the same circle of growth resistance, for years. But, the party must not be sacrificed for these reasons. In fact, no reason is strong enough to sacrifice the party, because it holds something much more glorious for the people in the near future. Now, it has to be said that there are many instances in which APGA has done nothing but produce the best available for public office. There are instances where the party stood firm with people who, otherwise, would not have afforded to sustain the politics of their emergence in the party. In fact, except Odera Ozoka, all other aspirants not cleared to participate in the governorship primary are products of APGA system. Hon. Chukwuma Umeoji of the Federal House of Representatives, Hon. Nonso Okafor of Anambra State House of Assembly  and Hon. Carter Ume of Anambra State House of Assembly. All these hardworking and courageous lawmakers are products of APGA and without APGA, it is doubtful that they would have realized their political aspirations in 2019. Therefore, while it is expected that the party does not go ahead to destroy those it built, it is similarly anticipated that those the party built should not destroy the party. Instead, an unbroken cycle of growth should be ingrained in the APGA system to foster growth and entrenchment of the party beyond Anambra state.

The Governor of Anambra State, Chief Willie Obiano, who doubles as the leader of the party, should urgently move to resolve these issues. Everybody will agree that human beings have preferences and biases. In politics, it is not different. Certainly, the governor has his preferences but he should make a conscious and persistent effort to get all dissenting opinions to align with his vision of succession and for the party. I mean, it is also fair to appreciate the fact that people should not jettison their ambition because of Governor Obiano’s own interest. What is needed is to build consensus which requires engaging with all interested parties, among other ceaseless efforts. This is not where you issue orders or throw instructions around, except you do not want to get the issues resolved. There has to be a political solution, which the governor himself should oversee.

On the assault by U-Aya and U-Awa, people must understand that it is a passing phase. We recall today, the tragic extinction of “The Ambassadors”, which was Peter Obi’s own version of U-Aya, during his era. Although the Ambassadors and their leader IK Echesieme have now gone into political oblivion, yet, some people think if Prof. Soludo becomes governor, he will continue with Obiano’s structures? No. He will create one or his people will create one for him and he will not reject it and that will be the burial of U-Aya and all its affiliates. This is telling to the effect that the lifespan of U-Aya will not exceed the tenure of Governor Obiano. In his days as leader of Ambassadors, Ik could tell a Commissioner that he would slap him, he was that powerful. Today, he is just an SA –Special Assistant, cut into slices. History repeats because we do not learn from what has happened before. What this means in this instance is that Hon. Chinedu Obidigwe the founder of U-Aya and U-Awa, a young man, who has done well for himself and for people that associate with him, must be circumspect in his dealings especially now so as to suspend his possible political extinction which is imminent at the end of Obiano’s government, even with the emergence of Prof. Soludo as governor.

In the end, the problem facing APGA as of today is temporal and mostly tied to tenure of office. But APGA’s failure at the Governorship Election in November this year is very likely a permanent verdict on APGA’s existential relevance. Therefore, the party must not be sacrificed on the altar of temporal discontents that are time-bound.