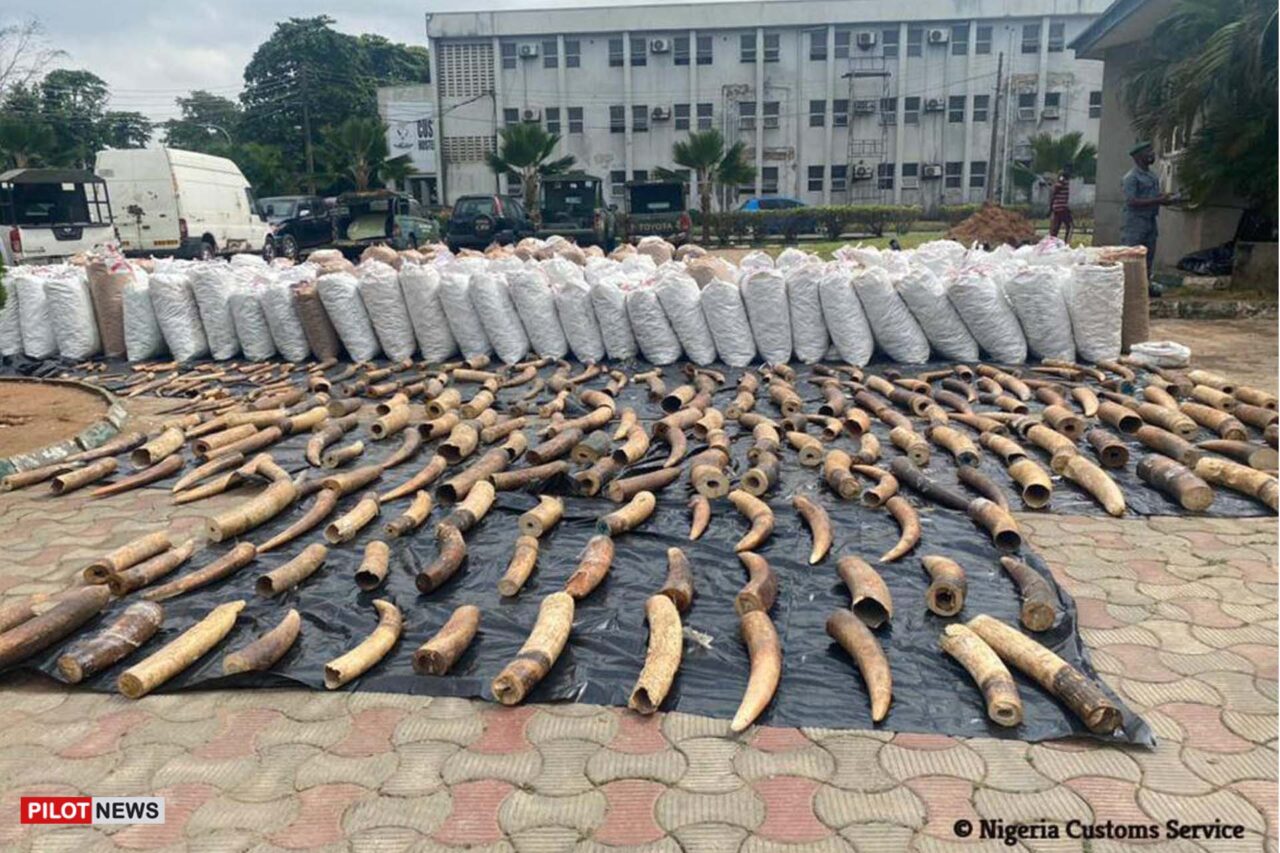 LAGOS — Three high-level wildlife traffickers have been arrested by the Nigeria Custom Office with a huge haul of pangolin scales and ivory to be shipped abroad.

The traffickers were intercepted by the law enforcement agency from trafficking 7.1 tons of pangolin scales and 846 kg of ivory.

This arrest is the ninth-largest seizure of pangolin scales in the last three years according to a statement issued by Isabel Leal of the Wildlife Justice Commission.

In the statement, the organization noted that the trio is a part of an organized wildlife trafficking syndicate and is linked to 50% of all large-scale pangolin seizures within 2019-2020.

Pangolins are small, solitary, and nocturnal mammals hunted for their scales, meat, and other body parts. The scaly mammals are majorly exploited to meet the growing demands of the traditional Chinese medicine market.  Pangolins scales are used for the production of traditional medicine.

Often described as the only mammal with true scales, Pangolin is the world’s most trafficked non-human mammal and Nigeria is a major player. While these scales can protect the mammals from the bite of any wildlife, they are major reasons for their voracious demands by humans, the animal’s biggest threat.

Despite being a signatory to the UN’s Convention on International Trade in Endangered Species of Wild Fauna and Flora (CITES), Nigeria has been on the radar for the illegal trafficking of wildlife.

In February 2019, 2,500 kilograms of Pangolin scales and 600 kilograms of Ivory Tusks originating from Nigeria were seized by the Vietnamese Customs Service.

The Singaporean Authorities in April 2020 seized $51.6 million worth of pangolin scales trafficked from Nigeria.

Days before this interception, a world record of 12.9 tons of a similar consignment which also originated from Nigeria was seized by the Singaporean Customs and other port officials.

The department cited high-level corruption and systematic government involvement as the possible factors responsible for the illegal wildlife trafficking from Nigeria to Asia.