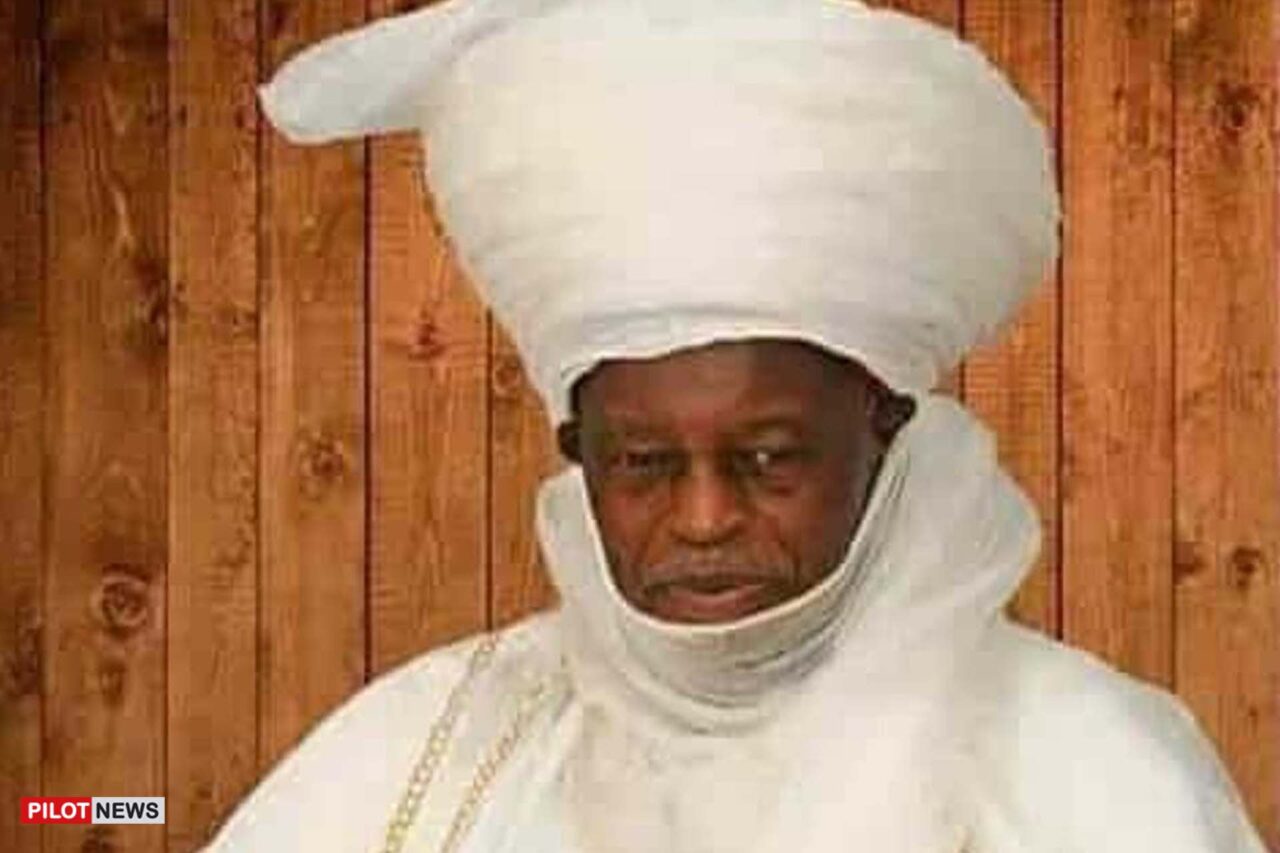 ABUJA — The Sarkin Sudan of Kontagora, Niger State, Alhaji Saidu Umaru Namaska who spent 47 years on the throne has died at an Abuja Hospital.

The late Sarkin Sudan of Kontagora is survived by wives, children and great-grandchildren.

The Emir’s death comes three months after bandits gunned down his son Alhaji Bashar Saidu Namaska during an attack on the monarch’s farm along Zuru road in Kontagora Local Government Area when the bandits struck.

Some other people working with him were also said to have been shot dead while an unspecified number of cows were rustled.

Before his death, the late Bashar, who was the Sardauna of Kontagora, held forth for his father when he was sick.

Meanwhile, the Secretary to the Niger State Government, Alhaji Ahmed Ibrahim Matane, said Niger State, and Nigeria as a whole has lost one of its longest-reigning monarchs, whose contributions to the peaceful co-existence of his subjects and unity among Nigerians cannot be forgotten in years to come.

In a statement, the SSG said the Government and people of Niger State expressed their heartfelt condolences to the Chairman, Niger State Council of Traditional Rulers, Alhaji Yahaya Abubakar, the Etsu Nupe, family of late Alhaji Saidu Namaska and the people of Kontagora Emirate.

“The contributions of late Saidu Namaska to the development of Kontagora Emirate, the entire State and indeed Nigeria are unparalleled. His life on earth was very eventful and his achievements in all spheres of life left indelible marks on the people of his domain, Nigerlites and Nigerians.”

“Governor Sani Bello prayed that the Almighty Allah (SWT) would forgive the shortcomings of the departed, remember his good works, grant his soul eternal rest as well as give his family and the people of the Emirate the much-needed strength and comfort to bear the loss,” the statement added.

Late Alhaji Saidu Namaska was born in Kontagora on 31st, December 1937. He began his educational career at Kontagora Elementary School between 1945 and 1950 and in 1950, entered the famous Buda middle school which he completed successfully in 1953.

Upon completion of his secondary education, the young prince began his working carrier with the then Native Authority in 1954 as a forest Guard. In 1957, Alhaji Saidu Namaska was promoted to the post of District Scribe and later appointed as an area court president in 1968 and posted to Salka. In 1971, he was transferred to Mahuta, in Zuru District.

As a judicial officer, Alhaji Saidu attended a Judicial Course at the Institute of Administration, Zaria in 1962 from where he obtained the institute’s second-class certificate in Judiciary.

Determined for excellence the 1st class Emir consolidated his career in the judiciary as he attended an advanced Judiciary course at the same institute and obtained a First Class Certificate in 1972. Two years later, in 1974 precisely, Alhaji Namaska ascended to the throne as the 6th Sarkin Sudan of Kontagora. He is currently the Vice-Chairman, Niger State Council of Traditional Rulers.