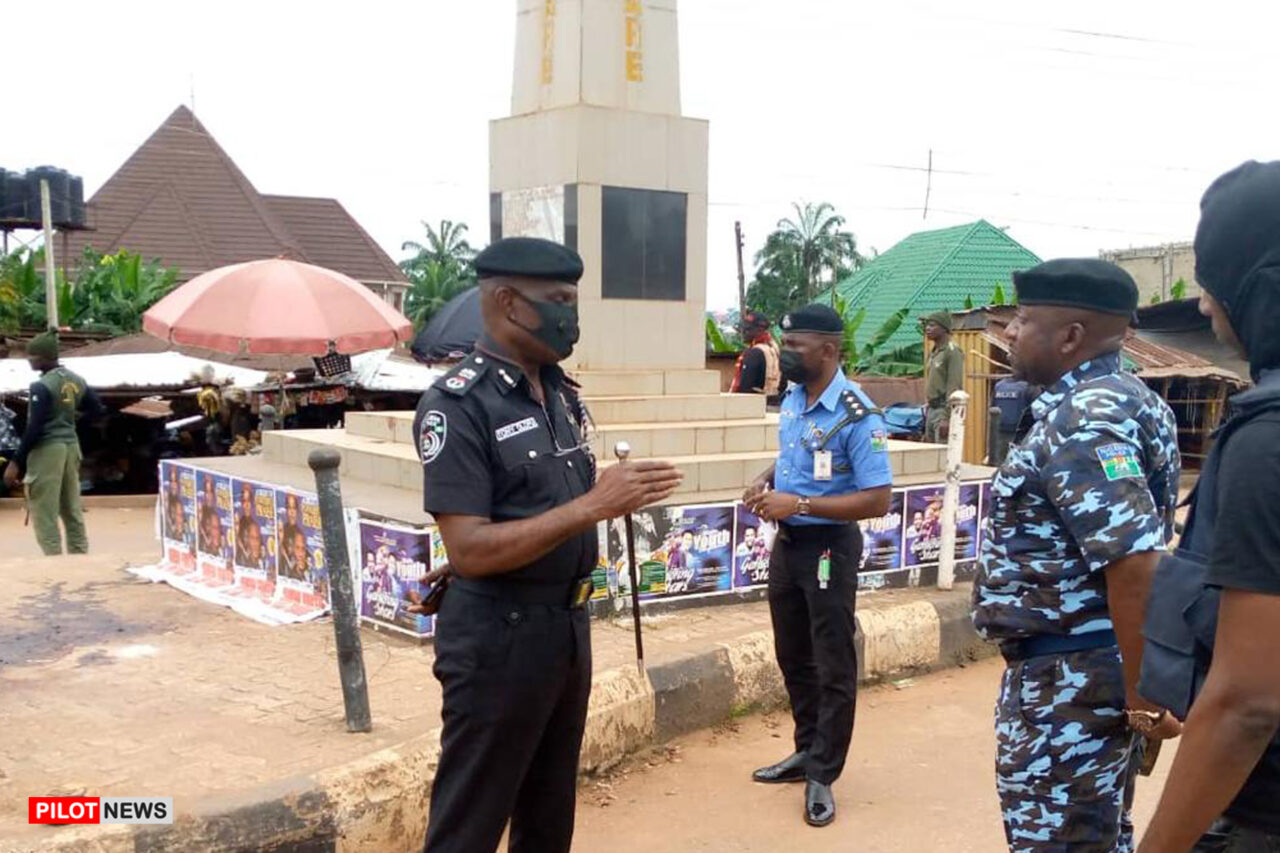 AWKA — The Commissioner of Police Anambra State Command, CP Tony Olofu has called for collaboration between police and other security agencies to deal with criminal elements endangering the security of Anambra residents.

Two days ago, CP Tony Olofu visited scenes of the various attacks by armed gangs and pledged to “decisively deal with the perpetrators”. Over the cause of the week, series of security breaches that have taken place within the state has become a source of intense worry and concern. The CP during his on-the-spot- assessment of the crime scenes has ordered tactical Commanders of the Anambra State Police Command to immediately put an end to the insanity.

A statement signed by the Anambra State Police Public Relations Officer –PPRO, CSP Tochukwu Ikenga, and made available to journalists noted that the CP decried the development and unfortunate loss of lives and properties associated with the situation.

“The CP while regretting the unfortunate loss of lives and valuables due to those senseless acts, has sued for calm, as the Command collaborates with other Security Agencies in the state to decisively deal with the perpetrators, who seem to have lost every iota of human conscience and sensibility in them,” part of the statement by CSP Ikenga reads.

Detailing some of the incidences within the week across the state, the PPRO narrated as follows;

“It will be recalled that a team of Police Operatives attached to Aguata Area Command at about 2pm of 28/09/2021 while on routine patrol duty along Ezinifite/Igboukwu road, was attacked by hoodlums riding in two unmarked Sienna vehicle and a Toyota Hummer bus. The hoodlums set the patrol vehicle ablaze and fled the scene. No life was lost and normalcy has been restored in the area.

Similarly, there was a gun attack on a member of the public at about 5pm along Oko road. The criminal elements set the vehicle of the victim ablaze, leaving him with a bullet wound and escaped. The victim was rescued and taken to hospital where he is responding to treatment.

In a related development, at about 4pm of 28/09/2021 the undesirable elements, in an attempt to snatch a Lexus 350 along from its driver along Agulu Road, shot him. The attackers abandoned the victim and the car and fled. The victim was immediately rushed to the hospital but was confirmed dead by doctors on duty. Meanwhile, the body has been deposited to the hospital and the said vehicle recovered.

Also, the miscreants at about 5pm along Nkpor roundabout, without any provocation, attacked and shot a Police Inspector attached to a VIP. He was quickly rushed to the hospital but was confirmed dead by the doctor on duty. The assailants also beheaded a yet to be identified man and fled the scene

At Afor Nkpor junction, three yet unidentified lifeless bodies were recovered, a burnt Toyota Hilux and a vandalized Toyota hummer bus were also seen at the scene. The bodies were taken to the hospital and regrettably, one of the bodies was identified as one Dr. Chike Akunyili”, the statement reads.

The Police Commission through the PPRO Anambra State Police Command “implores members of the public, particularly residents of the State, to continue to partner with the Police with a view of containing these atrocious acts, stressing that the Command is more than ever determined to flush out these undesirable elements and make the entire State safer for law-abiding citizens to go about their lawful businesses”.