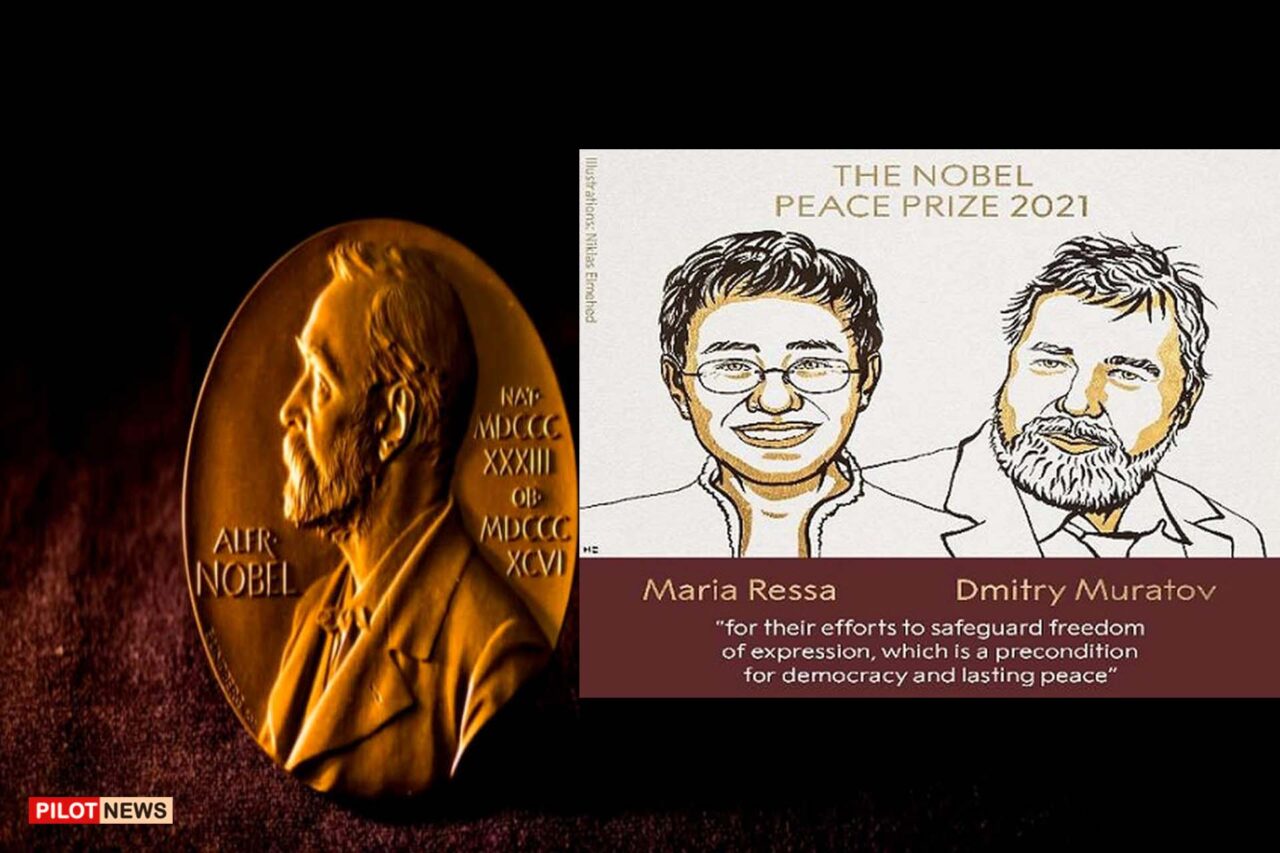 Thirty-two years ago next month, I was in Germany reporting on the fall of the Berlin Wall, an event then heralded as a triumph of Western democratic liberalism and even “the end of history.”

But democracy isn’t doing so well across the globe now. Nothing underscores how far we have come from that moment of irrational exuberance than the powerful warning the Nobel Prize Committee felt compelled to issue on Oct. 8, 2021 in awarding its coveted Peace Prize to two reporters.

“They are representative for all journalists,” Berit Reiss-Andersen, the chair of the Norwegian Nobel Committee, said in announcing the award to Maria Ressa and Dmitry Muratov, “in a world in which democracy and freedom of the press face increasingly adverse conditions.”

The honor for Muratov, the co-founder of Russia’s Novaya Gazeta, and Ressa, the CEO of the Philippine news site Rappler, is enormously important. In part that’s because of the protection that global attention may afford two journalists under imminent and relentless threat from the strongmen who run their respective countries. “The world is watching,” Reiss-Andersen pointedly noted in an interview after making the announcement.

Equally important is the larger message the committee wanted to deliver. “Without media, you cannot have a strong democracy,” Reiss-Andersen said.

The two laureates’ cases highlight an emergency for civil society: Muratov, editor of what the Nobel Prize Committee described as “the most independent paper in Russia today,” has seen six of his colleagues slain for their work criticizing Russian leader Vladimir Putin.

Ressa, a former CNN reporter, is under a de facto travel ban because the government of Rodrigo Duterte, in an obvious attempt to bankrupt Rappler, has filed so many legal cases against the website that Ressa must go from judge to judge to ask permission any time she wants to leave the country.

Inevitably, Ressa told me recently, one of them says “no.” Maybe that will change now that she has a date in Stockholm. But Ressa probably knows better than to hold her breath.

Last year, when I – a long-time journalist turned professor of journalism – helped organize a group of fellow Princeton alumni to sign a letter of support for Ressa, more than 400 responded. They included members of Congress and state legislatures and former diplomats who served presidents of both parties. One of them was former Secretary of State George P. Shultz, who died several months later, making a show of solidarity with Maria Ressa one of his last public acts. This show of support is a sign of what’s at stake.

Three decades after the downfall of totalitarian regimes in Eastern Europe, forces of darkness and intolerance are on the march. Journalists are the canaries down the noxious mine shaft. Attacks on them are becoming more brazen: whether it is the grisly dismemberment of Saudi dissident and writer Jamal Khashoggi, the grounding of a commercial airplane to snatch a Belarusian journalist or the infamous graffiti “Murder the Media” scrawled onto a door of the U.S. Capitol during the Jan. 6 insurrection.

This irrational hatred of purveyors of facts knows no ideology. Former U.S. President Donald Trump’s disdain for the press is at least equaled by that of leftist Nicaraguan leader Daniel Ortega, whose response to his critics in the media has been to, well, lock ‘em up.

What makes today’s threats to free expression especially insidious is that they don’t come just from the usual suspects – thuggish government censors.

They are amplified and weaponized by social media networks that claim the privilege of free speech protection while they allow themselves to be hijacked by slanderers and propagandists.

No one has done more to expose the complicity of these platforms in the attack on democracy than Ressa, a tech enthusiast who built her publication’s website to interface with Facebook and now accuses the company of endangering her own freedom with its laissez-faire approach to the slander being propagated on its site.

“Freedom of expression is full of paradoxes,” the Nobel Committee’s Reiss-Andersen observed, in an interview after awarding the Peace Prize. She made it clear that the award to Ressa and Muratov was intended to tackle those paradoxes too.

Asked why the Peace Prize went to two individual journalists – rather than to one of the press freedom organizations, such as the Committee to Protect Journalists, that have represented Ressa, Muratov and so many of their endangered colleagues – Reiss-Anderson said the Nobel Committee deliberately chose working reporters.

Ressa and Muratov represent “a golden standard,” she said, of “journalism of high quality.” In other words, they are fact-finders and truth-seekers, not purveyors of clickbait.

That golden standard is increasingly endangered, in large part because of the digital revolution that shattered the business model for public service journalism.

“Free, independent and fact-based journalism serves to protect against abuse of power,” Reiss-Andersen said in the prize announcement. But it is increasingly being undermined and supplanted by what’s called “content,” served up algorithmically from sources that are not transparent in ways that are designed to addict and that drive partisanship, tribalism and division.

This poses a challenge for public policymakers and the democracies they represent. How to regulate digital media and still protect free speech? How to support the labor-intensive work of journalism and still protect its independence?

Answering those questions won’t be easy. But democracy may be at a tipping point. With its recognition of two investigative journalists and the crucial – and dangerous – work they do to support democracy, the Nobel Committee has invited us to begin the debate.

*This article was first published in TheConversation.