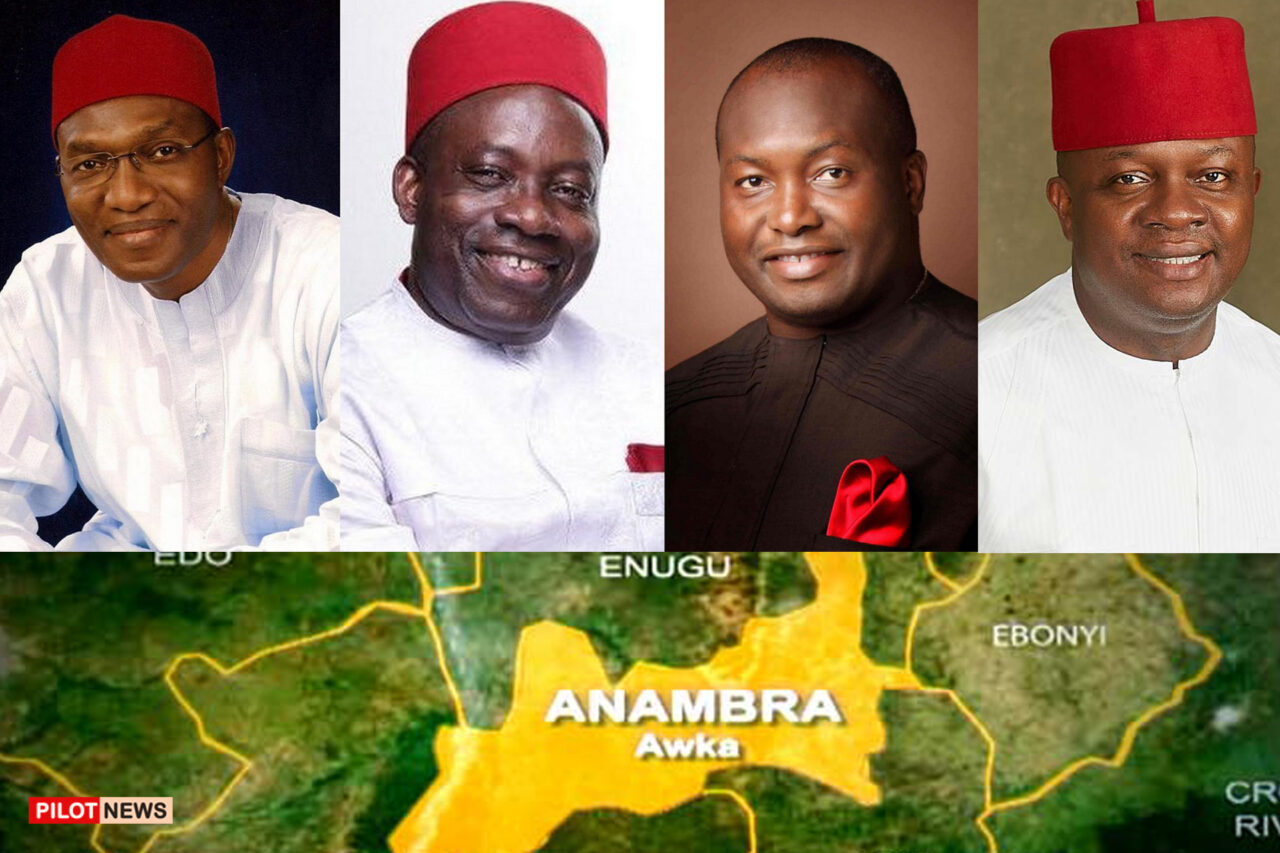 In all, these elites have enormous sums of money which they are willing to deploy on Election Day to ensure that their preferred candidate wins in their locality.

Anambra elections have always been elections in which stakeholders’ influence practically decide who wins. Anambra elites explicitly and subtly influence the choice of voters and their loyalty is not tied to any political party. Admittedly, their influence is not all required to win an election because in truth, to be able to win a political contest, there is usually a combination of factors at play. Even political financiers, for instance, cannot put their money into getting an unviable candidate elected. Nobody finances a bad idea, the same way nobody finances a bad political ambition. Be that as it may, in Anambra politics, electoral victory turns out often as the verdict of elites and stakeholders across the zones of the state.

In 2010 when Governor Peter Obi was seeking reelection as Anambra governor, Dr. Chris Ngige whose tenure was squashed by court in 2006, was as formidable as a likely winner of any election could be. Considering the circumstances surrounding his time in office and how he rose to the occasion, Dr. Ngige was arguably the most popular politician in the whole of South East at the time. Ngige was a movement and a bold symbol of the people’s aspiration. But because Dr. Ngige committed what can be described as class suicide, following his fallout with Chris Uba, his godfather, he in collateral consequence, lost the confidence of elites and corollary, he has not been able to return to Anambra Government House ever since.

As of today, his popularity has equally significantly diminished much so that his reputation is now in question to the extent that he is seen as an enemy by many, but Ngige used to be the symbol of hope, that our government can actually work for the masses. Looking at it, apparently, Ngige mismanaged the love people had for him and wasted same in pursuit of personal ambitions when he could have led a fearsome charge; one that is better, more organized, and more ideological than Tinubu did in the South West. After he left the PDP, and joined AC, then ACN, and finally APC, Dr. Ngige always want to remain not only the figurehead but also the body components. And so he failed to strategically allow his foot soldiers to grow, become leaders themselves, profit from his large following and cult-like persona as a means of reinventing and extending his relevance, which eventually diminished and altogether disappeared. The major problem really was that many Anambra elites do not like him after his first outing; he is a combination of traits that kingmakers fear terribly.

Before Ngige was Mbadinuju. Governor Chinwoke Mbadinuju, then popularly called “Odera” could not secure PDP return ticket in 2003 because of his problem with Sir. Emeka Offor, his acclaimed godfather. He went on to secure the AD’s ticket but could not win the election. Although Mbadinuju in his autobiography recalled that people like Dr. ABC Ojiakor, a distinguished surgeon and first-class oil mogul, gave him more money in support of his election in 1999 than Sir Emeka Offor. The import of Mbadinuju’s argument is that Offor was not his godfather. In fact, Mbadinuju specifically observed that if anyone should take the coveted position as his godfather, then, it has to be Dr. ABC Ojiakor.

In all of these experiences, the constant denominator is the overwhelming influence of elites in who becomes the governor. Mbadinuju could not secure reelection because of the war that was waged against him by the elites. Ngige could not return to the Government House because after his initial class suicide the first time, the elites could no longer trust him with that position. In 2017, Governor Obiano and his wife, when it dawned on them that they could serve for just one term, moved swiftly. They embarked on a kind of campaign that except in 2014 during which time Peter Obi went around begging for support for Obiano, has not been seen before. They went from house to house, meeting elites, and begging for support. Then eventually, it was a consensus for Governor Obiano in 2017. In 2010, Peter Obi’s advantage was running against a very popular Dr. Ngige posed to win, but was not trusted by the elites, this, among other factors was the deciding feature of that election.

In 2021, the signs are there again that whoever has the blessings of the elites, is going to win the election. Election is often a payback time for Anambra elites. It is during election seasons like this that they take their own pound of flesh because, they are consulted and their support is courted. A handful of these elites provide stupendous amounts of money to grease the campaign and election proper. In an election season such as we have now, candidates are assessed on the basis of their relationship with elites and how, if they have been in power before, they have managed their newfound fame and privileges. Indeed, it is not so much about good governance more than it is about the character of the politician. And this is what is going to happen again in November 2021.

In the end, such criteria as readiness to govern, applicability or relevance of a candidates’ manifesto, etc, most times, in reality, do not matter at all.

Without any equivocation, less than thirty days to the election, we can clearly see that the November gubernatorial contest is squarely between Prof. Charles Soludo of the APGA and Sen. Andy Uba of the APC, both of whom are elites themselves. Andy Uba especially has been a factor in Anambra election since 1999. The PDP is at a distant third place. Between Soludo and Uba, whoever has the support of most elites in the state will win the election. This is because it is the elites that determine who wins an election in their own domain where they deploy the full measure of their capabilities. In many instances, these elites already have goodwill built over the years through their community service, generosity, and vast wealth. Some of them control certain segments of the election machinery. During elections, they deploy all those in support of their own preferred candidate. Any elite committed to helping any candidate running for governor usually commit to “deliver” his local government or zone to the candidate. Many of them already have hundreds of everyday people under their influence who naturally look up to them for political direction. Some also have other wealthy people in their locality or zone, under their influence.

In all, these elites have enormous sums of money which they are willing to deploy on Election Day to ensure that their preferred candidate wins in their locality. In short, form, what happens is that candidates hand over their election victory in whole or in part, to elites or stakeholders supporting them at various local governments depending on how the candidate and his party plan their victory. Therefore, the farther the spread of elite support one gets the better chances of winning. There is not a single governorship election that has been won in Anambra state that was not a win for the candidate most preferred by the elites.

With much of the structures enabling the preponderance of elites’ influence in Anambra’s electoral victory or defeat still very much in place, it is very unlikely that the November 6 governorship election in Anambra state will be won by a candidate who is not supported by most of these stakeholders. In the end, such criteria as readiness to govern, applicability or relevance of a candidates’ manifesto, etc, most times, in reality, do not matter at all. Matter of fact, thousands of voters will vote someone linked to a ‘big man in their village or area, told them to vote for, while a thousand others sell their votes and are bought by willing buyers with enough money to buy as many as it is possible. The percentage of informed and enlightened voters who vote based on clear-cut potential performance analysis are few and very insignificant to make any difference in the election turnout.