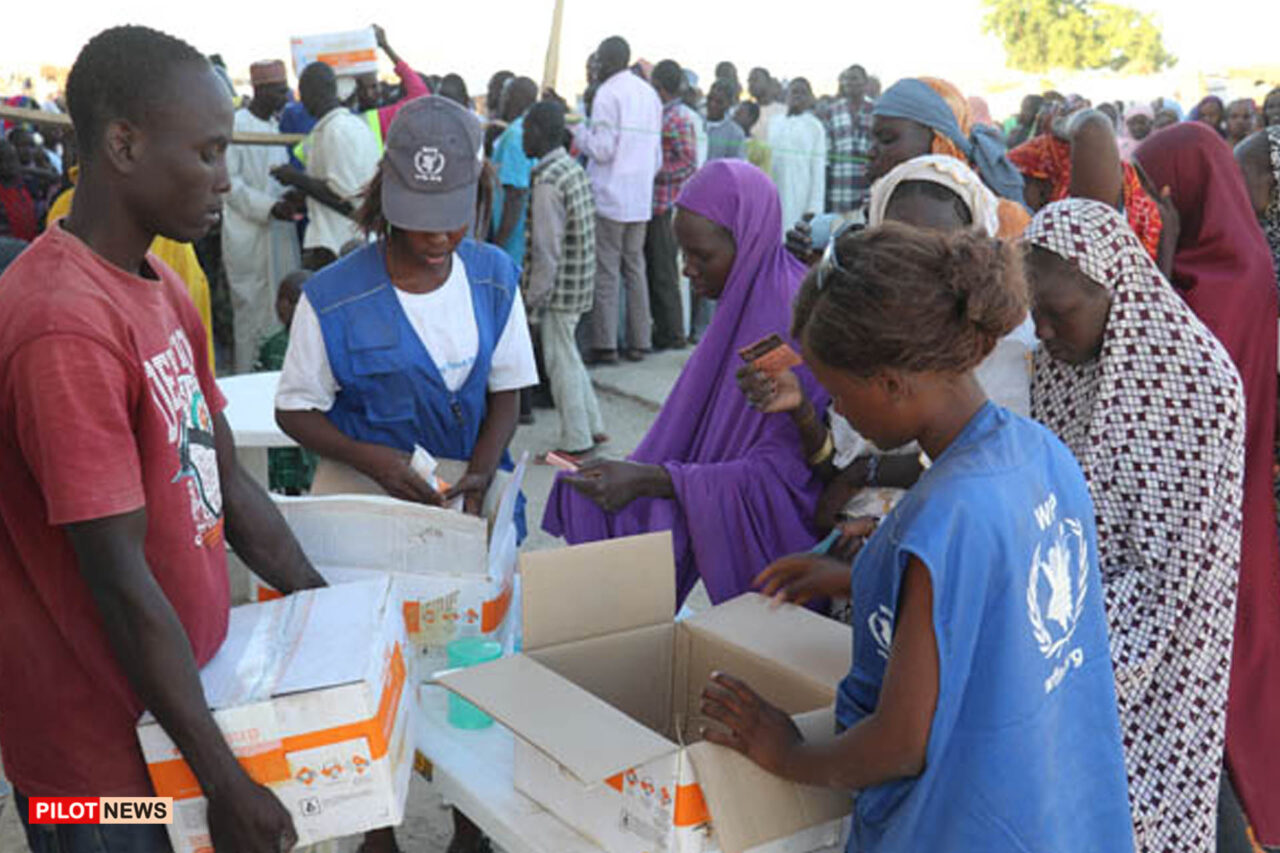 YOLA — The United Nations World Food Programme (WFP) has warned that half a million populations of Borno, Yobe, and Adamawa states are at risk of starvation as its funding for the region dries up.

The global agency, in a statement, said it might soon be forced to cut food rations except it secures urgent funds to continue its life-saving operations in the crisis hotspot.

The WFP which seeks a $55 million urgent lifeline, said region has been a mainstay of insurgency attacks for over a decade and the situation has been worsened by the impact of the COVID-19 pandemic and rising high food prices.
the statement read in part: “Cutting rations means choosing who gets to eat and who goes to bed hungry. We are seeing funding for our life-saving humanitarian work dry up just at the time when hunger is at its most severe, following a recent visit to Nigeria.”

Chris Nikoi, WFP’s Regional Director for West Africa, said that current food security analyses showed that 4.4 million people in the North-east did not know where their next meal would come from, adding that more than one million children were already malnourished.

Nikoi warned that if at least $ 55 million was not received in a matter of weeks, WFP would have no choice but to cut food rations and reduce the number of people it serves, where assistance is already prioritised for the most vulnerable as early as November.

“Continued attacks on communities by non-state armed groups, harsh and lean season conditions amid an economy dealing with the fallout from the COVID-19, as portending great danger for the people.”

“High food prices and a severe reduction in household purchasing power had also contributed to a bleak outlook for the most vulnerable people in the North-east, warning that despite increasing needs, WFP may soon be unable to sustain life-saving operations in the conflict-riddled region,” Nikoi added.

He stated that the cuts would come just as severe hunger reached a five-year high in the country, in the wake of years of conflict and insecurity, noting that the situation had been worsened by the socio-economic fallout from COVID-19, high food prices, and limited food supply.

He added that the number of internally displaced surpassed two million in September 2021, reaching another grim milestone.

The WFP, which won the Nobel Prize for Peace in 2020, said it required at least $55 million in a matter of weeks to avoid cutting food aid.

“Our food assistance is a lifeline for millions whose lives have been upended by conflict and have almost nothing to survive on. We must act now to save lives and avoid disruptions to this lifeline,” Nikoi added.

He said that the number of Internally Displaced People (IDP) forced to flee their homes in search of safety in the North-east had been rising steadily, reaching a new all-time high of over two million in September 2021.

The United Nations Humanitarian Coordinator in Nigeria, Edward Kallon, said cutting food assistance “will be a painful decision for humanitarians as it will negatively affect children, women, and men uprooted from their homes due to continued violence.

“As we call upon our partners to step up their support in response to the growing needs, I would like to say thank you to those who have stood with us over the years in providing the much-needed humanitarian assistance in the country.”

According to its statement, the WFP said it has “provided life-saving food and nutrition assistance to severely food insecure people, displaced families in camps, and to vulnerable people living in host communities thanks to generous contributions from Canada, the European Union, France, Germany, Italy, Japan, Nigeria, Republic of Korea, Sweden, Switzerland, United Kingdom, the United States of America, and private donors.

“This year, relying on the continued generosity of donor partners, WFP ramped up its response to address rising food insecurity and the impact of COVID-19, targeting 1.9 million displaced people in Nigeria with life-saving food assistance.
“To sustain humanitarian operations in the North-east Nigeria until March 2022, WFP urgently requires $197 million.”