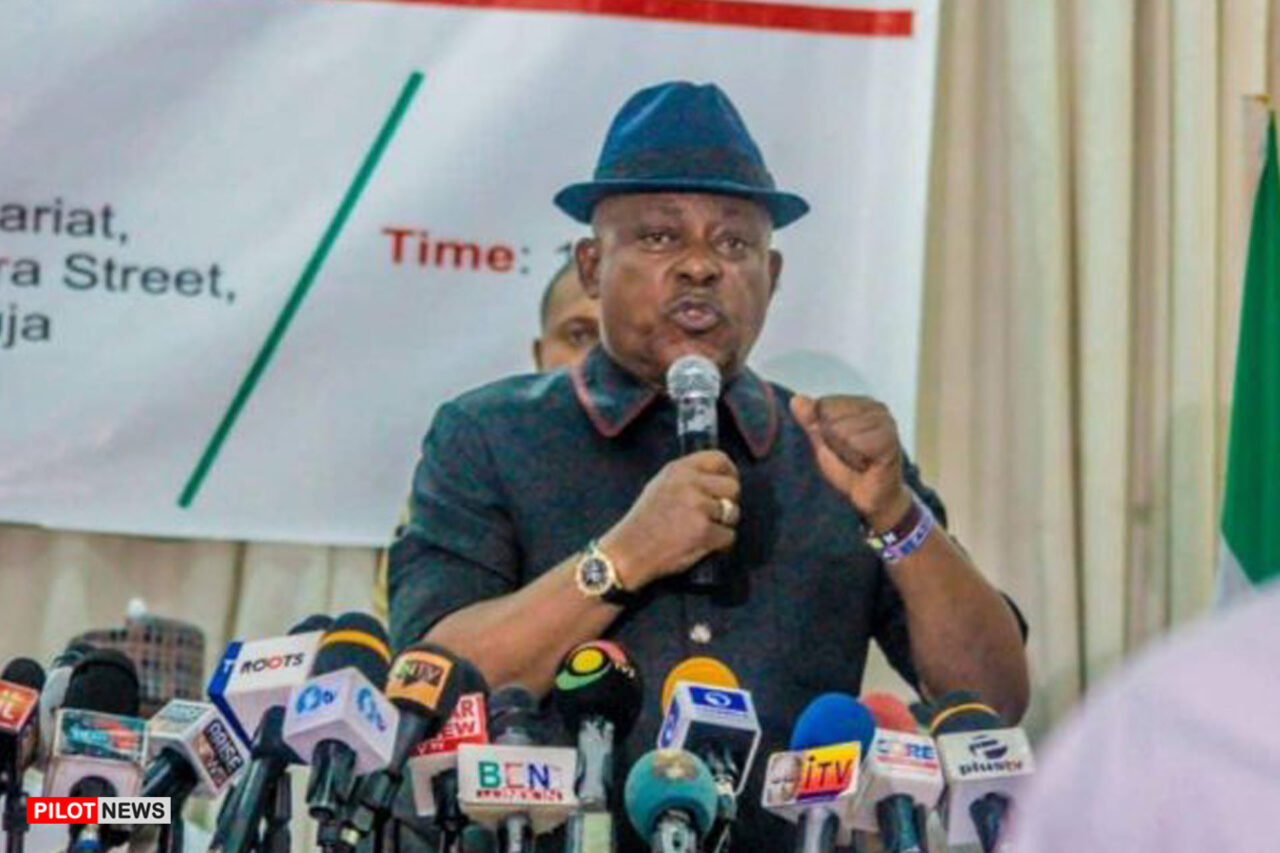 ABUJA — The National Convention of the Peoples Democratic Party (PDP) which is scheduled to take place on October 30 and 31, 2021 may not hold as the former National Chairman of the Peoples Democratic Party (PDP) Prince Uche Secondus has asked the court to stop the party from conducting the convention.
In a letter addressed to the party (6th respondent) by his counsel, Tayo Oyetibo (SAN) on Friday, Secondus said the planned convention should be suspended pending the outcome of his case in the court.
Recall that, a Rivers State High Court had on September 10, asked Secondus to stop parading himself as chairman of the party.
The High Court restrained the former chairman from performing the functions of the office of the National Chairman of the PDP.
Secondus had sequel to the judgement, asked the Abuja Division of the Court of Appeal to affirm that his four-year tenure ends on December 9, 2021, according to the party’s constitution.
According to the letter by his counsel, the application has since been served on all the respondents in the appeal.
Part of the letter read “an Application on notice has been filed in which Prince Uche Secondus is seeking, an order of injunction restraining the PDP, the 6th Respondent herein, whether by itself, its officers, servants, agents and or representatives from holding or conducting its National Convention scheduled for 30th and 31st October 2021 or any other date, pending the hearing and final determination of this appeal.”