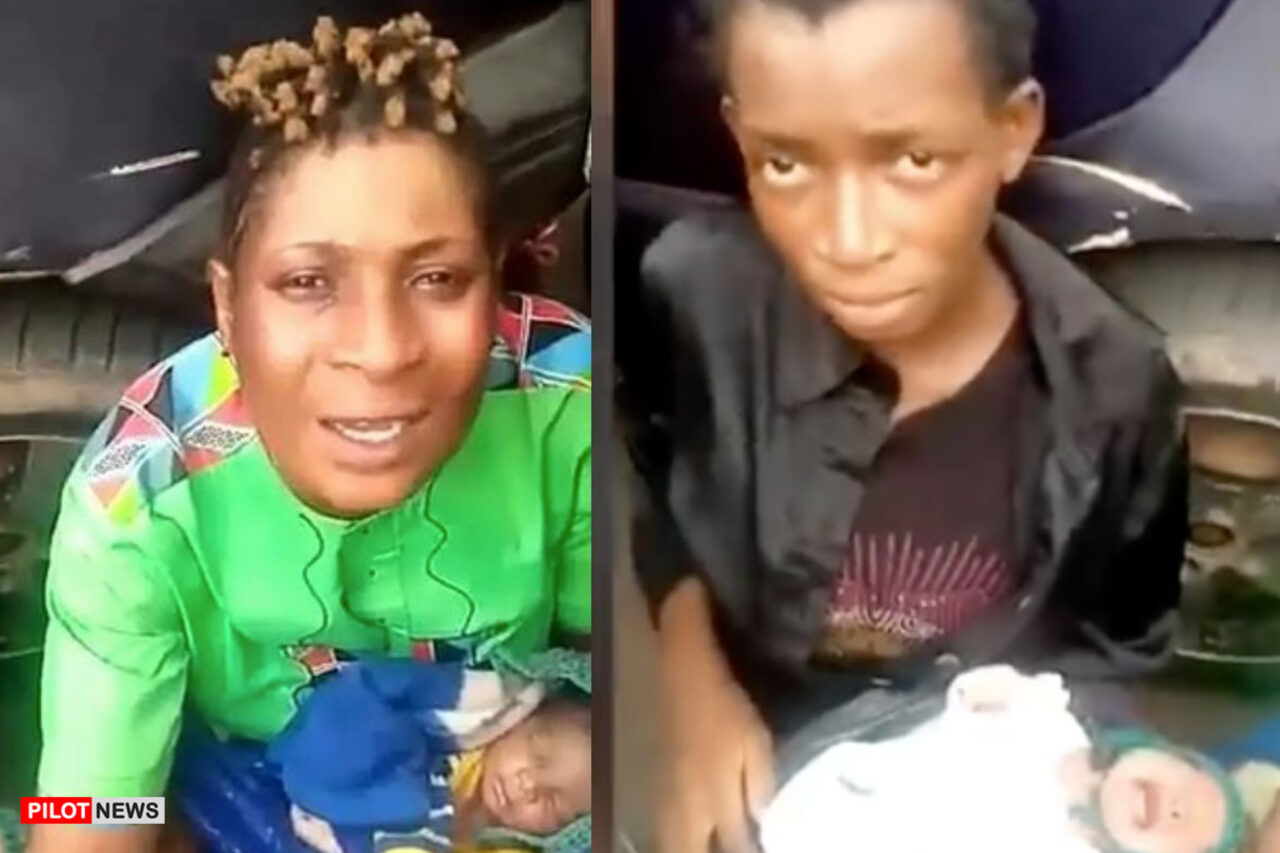 ENUGU — The once perceived docile Ebube Agu security outfit has lifted the spirits of the South Easterners when in active duty they uncovered a ploy by two women who hid stolen infants in bags.

The suspects, Imaobong Achibong from Akwa Ibom and Blessing Akpan from Cross Rivers State had successfully beat several security checkpoints while travelling from Cross Rivers state but ran out of luck when they got to Abaomege, a community in Onicha LGA.

According to report, the Ebube Agu Security Members at the border between Ebonyi state and Cross River upon searching the vehicle conveying the traffickers were shocked to discover a week old baby girl in one of the suspect’s sack, while another baby of about two weeks was seen in another sack belonging to the second suspect, a pregnant woman.

The local vigilantes then handed the women to the Ebonyi State Police Command for further interrogation and necessary action.

Speaking to newsmen, Loveth Odah, Police spokesperson revealed that Imaobong Akpan upon interrogation has confessed to the crime; she said this was her second attempt at transporting children for sale.

According to Loveth Odah, the two baby girls have been taken to an Intensive Care Unit of the Alex-Ekwueme Federal Teaching Hospital Abakaliki for proper medical attention.

“After the medical care, the babies will be transferred to the Ministry of Women Affairs even as investigation continues,” Odah said.

She further stated on behalf of the Commissioner of Police Garba Aliyu that all those involved in this illegal dehumanizing business will be made to face the full weight of the law.

Meanwhile, the executive chairman of Onicha LGA, Engr. Felix Ogbonna Igboke expressed gratitude to the Ebube Agu security network and the community vigilante for a job well done and charged community leaders and the masses to be vigilant and watchful always as security is everyone’s job.