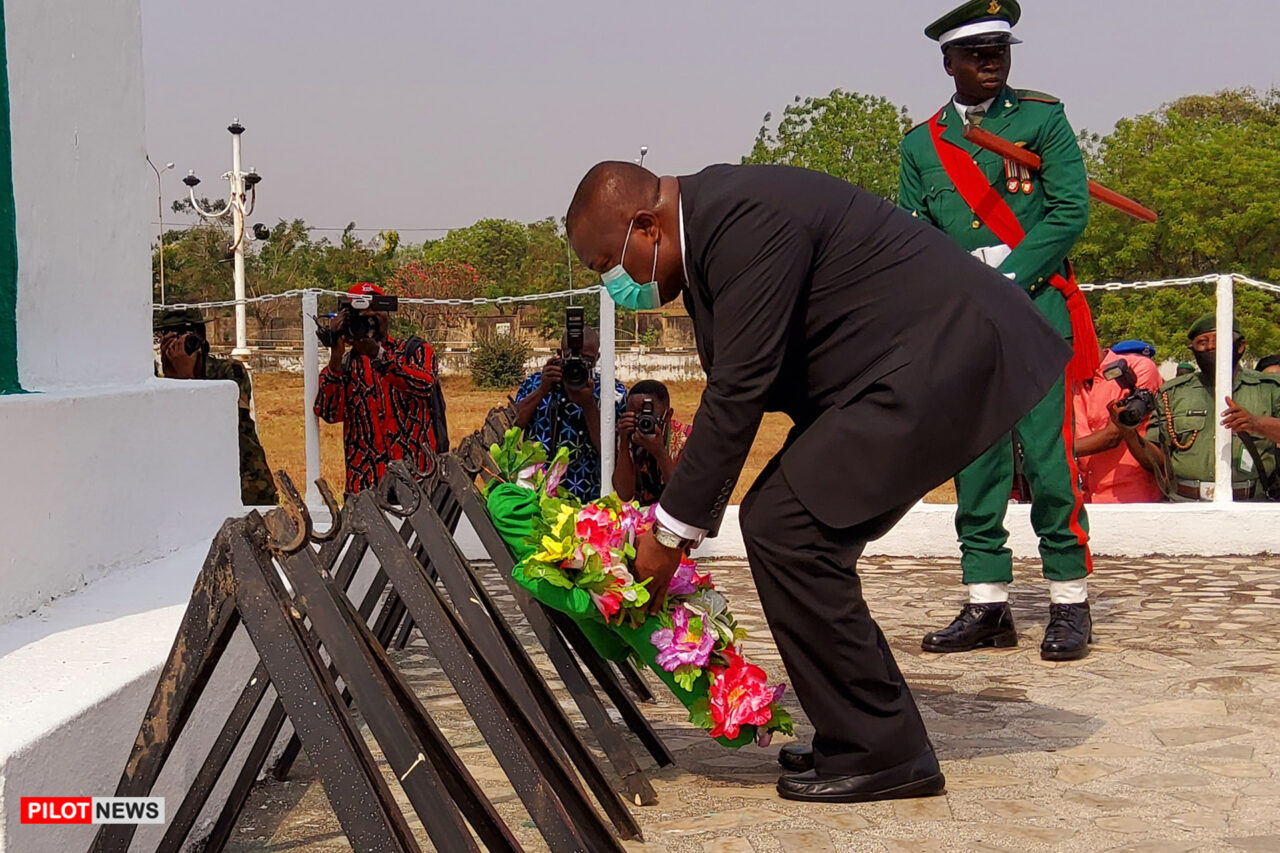 ENUGU — The annual remembrance of Nigerian fallen heroes every 15th of January tagged Armed Forces Remembrance Day, AFRD, was celebrated across the 36 states of the Nigerian federation and the Federal Capital Territory on Saturday.

AFRD is a day set aside yearly to celebrate personnel of the Nigerian Army Forces-Army, Navy, and Air Force- and the Nigeria Police Force who died in the line of duty.

On Saturday, the Enugu State Governor, military personnel, widows of fallen heroes, and a host of other dignitaries gathered at Michael Okpara Square, Independence Layout, Enugu in celebration of this year’s AFRD.

Ifeanyi Ugwuanyi, Governor of Enugu State on arrival at the venue inspected the Parade mounted by the Military after which he laid the Remembrance Wreath at the Tomb of the Unknown Soldier.

As customary on every AFRD, the ceremonial pigeon which is a symbol of national peace usually released by the president of the nation in Abuja and the state Governors in all the 36 states of the federation was released by Ifeanyi Ugwuanyi in Enugu State.

Obi Cubana Speaks About His Ordeals With Anti-Drug Agency, NDLEA