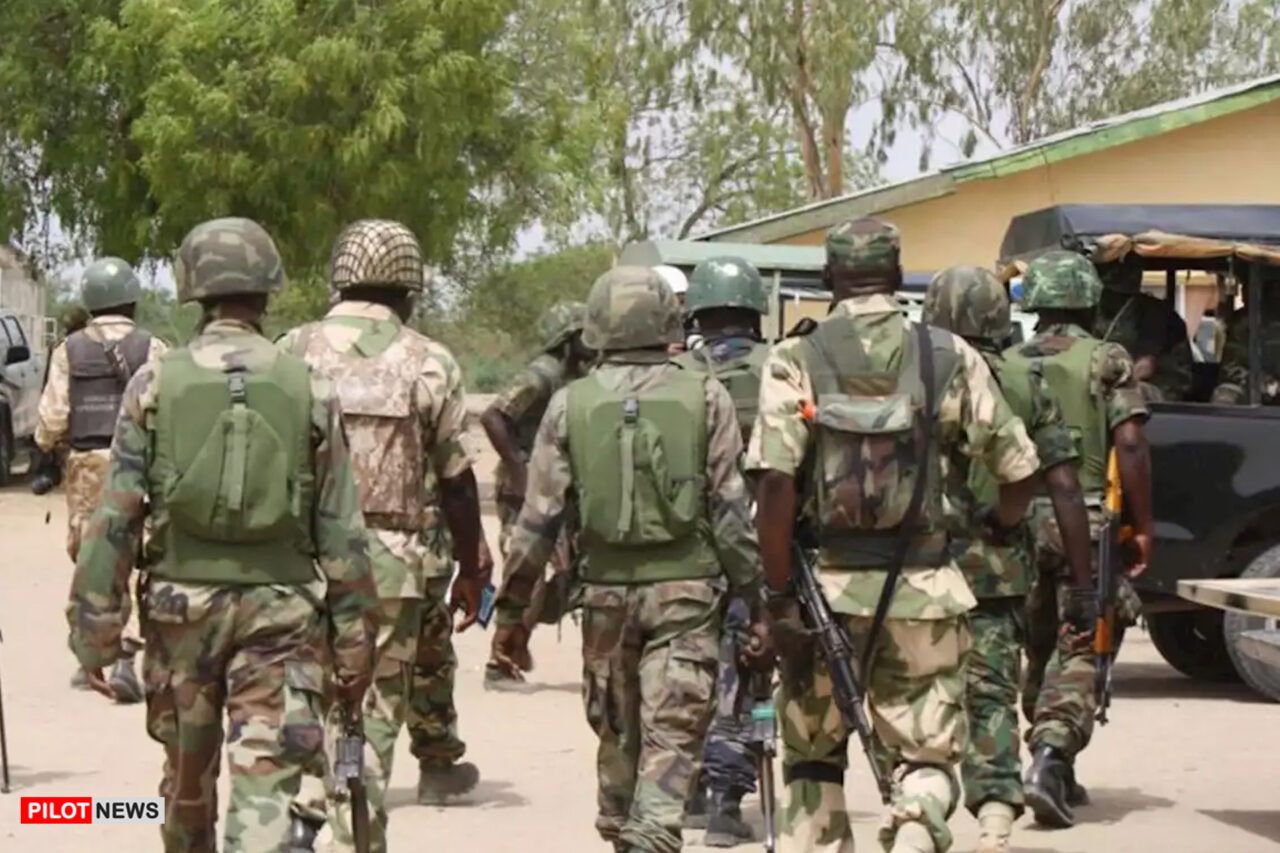 He stated this during the bi-weekly press briefing on the operational activities of the Armed Forces of Nigeria within the last two weeks, at the Defence Headquarters, Abuja.

Major General Onyeuko said Twenty-One assorted arms as well as one hundred and seventeen rounds of different calibres of ammunition, and four gun trucks were captured from the terrorists.

“In the last two weeks, a total of sixteen abducted civilians have been rescued, while eight hundred and sixty-three terrorists and their families have surrendered to the troops.

“Within the past 2 weeks, own troops aggressively sustained their operations on the terrorists, bandits and other criminal elements by maintaining offensive engagements in all theatres of operation within the country, which recorded appreciable results,” he said.

Director, Defence Media Operations, disclosed that the troops of operation Hadarin Daji within the last two weeks also neutralised twelve (12) armed bandits and arrested fifteen (15) others, including their collaborators in Katsina, Kebbi, and Sokoto states.

In the last two weeks according to him, Troops of Operation Delta Safe discovered and immobilized a total of 39 illegal refining sites, 91 cooking ovens, 24 reservoirs, 17 large dugout pits, and 96 storage tanks.

Major General Onyeuko explained that the operational efforts of troops in operation whirl stroke within the last two weeks also resulted in the neutralization and arrest of armed bandits and other criminal elements in various locations in Plateau, Kaduna, Benue, and Taraba states.

“A total of 5 criminals were arrested, while 9 different arms including AK-47 rifles and some locally-made guns as well as 742 rounds of different calibers of ammunition were recovered,” he said.