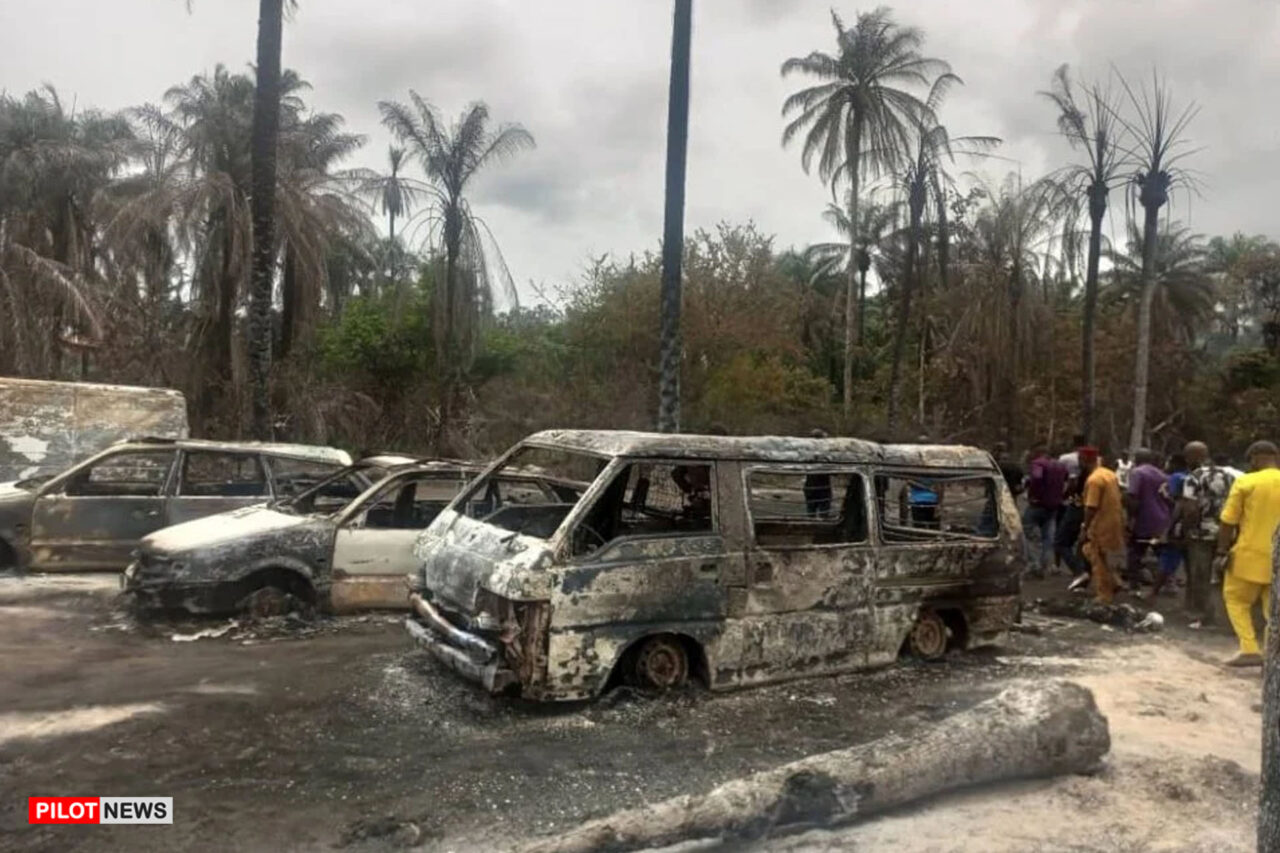 OWERRI — The death toll in the illegal refinery explosion in Imo State has risen to 110, the National Emergency Management Agency (NEMA) has said.

Mr. Ifeanyi Nnaji, who is the agency’s Head of Operations in the state, confirmed the toll to journalists on Monday.

It was earlier reported that an unconfirmed number of people were killed in the explosion that occurred at an illegal refinery site on Friday night.

The unauthorized refining plant is located within Abaeze, a community in Ohaji/Egbema Local Government of the state.

While giving an update on the incident three days later, Nnaji revealed that authorities were planning a mass burial of the victims of the explosion.

He added that they were considering using an excavator to pack the bodies to the funeral site while the state government is expected to take responsibility for the burial.

The NEMA official explained that emergency responders recovered more bodies near the scene of the explosion on Sunday while others were confirmed dead at various hospitals where they were receiving treatment.

He, however, stated that NEMA and other relevant agencies involved in the recovery have yet to ascertain the cause of the tragedy.

According to Nnaji, those who should have recounted what transpired already lost their lives to the incident, but NEMA will soon come out with a report.

He appealed to youths in the state to get involved in productive activities and shun illegal activities capable of causing disasters such as this.

According to Channels Television, eyewitnesses had told that the incident happened around 11pm on Friday last week, but locals woke up to see the huge flames the next morning.

They explained that the intensity of the raging fire initially stopped locals from going near the bush, but they later moved closer after the flames had died down.

When they got to the scene, scores of people were found burnt beyond recognition with many others sustaining various degrees of burns.

APC Will Commence Sales Of Expression Of Interest, Nomination Forms To Aspirants