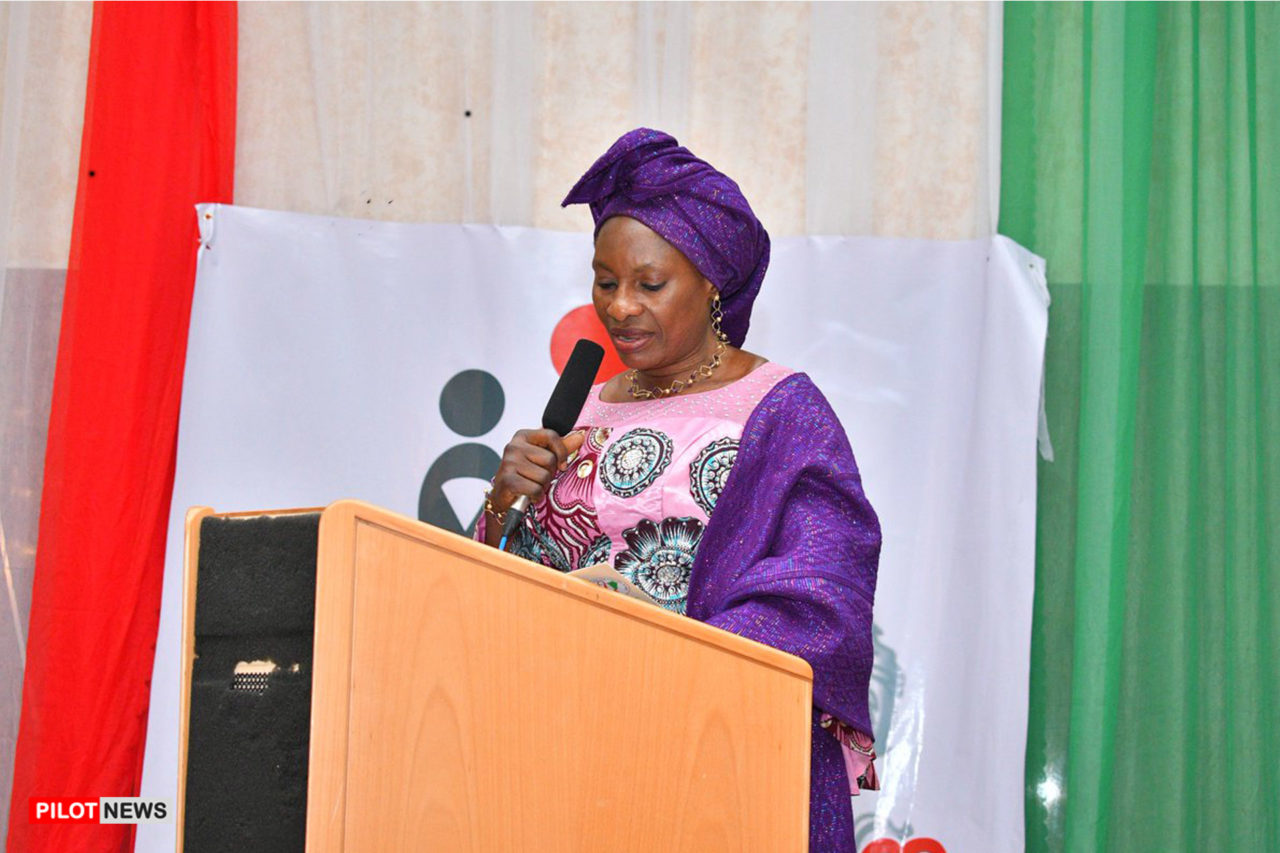 ABUJA — The National Council for Women Societies (NCWS) has started mobilizing support for the Minister of Women Affairs, Dame Pauline Tallen, as she declared her ambition to contest for a senatorial seat.

The National President of the NCWS, Hajiya Lami Lau, who made the call in a statement on Thursday in Abuja, said that the council would fully support the political ambition of Tallen.

According to Lau, as the umbrella body of women organisations in Nigeria, the NCWS will do its best to give the minister the necessary support she needs to win.

“We join the women and youths from Southern Jos, Plateau State, to congratulate our minister, mother, sister, and wife, on her ambition for the senatorial position.

“Over the years, there has been a sustained poor representation and gender imbalance of women in all spheres of life.

“The World Economic Forum’s Global Gender Gap Report ranking on Women Political Participation ranked Nigeria as 102 in 2019, the country is worse now than in 2010 when it ranked 99th worldwide.

“This is a growing concern for the council and we must work hard to narrow the gap of Nigerian women’s participation in politics,” she said.

According to her, the success of the Gender Policy Framework largely depends on the extent to which it attracts high-level support in government at all levels.

She said that to achieve this, the highest political level of governance must embrace gender equality principles and practice, for any meaningful change to occur.

“Even as gender has been adopted at the global level as a yardstick for measuring progress in development, this is a clarion call on Nigerian women not to support or vote blindly come 2023 general election.

“We will only support political parties that have at least 35 per cent women representation in both elective and appointive positions.

“We will also look at parties that have the interests of women in their party structures and manifestoes.

“Women’s participation is central and crucial to our national growth and development. Now is the time for women to take the bull by the horn

“As a council, we will support all women aspirants to make sure they become candidates, and also ensure that we support them to win the various positions they are vying for,” she said.

The News Agency of Nigeria reports that a coalition of women and youth groups from Southern Jos purchased the All Progressives Party senatorial nomination form for the minister ahead of the general election.

The group said that the action was in recognition of Tallen’s antecedents in her service to humanity, especially to women and children.