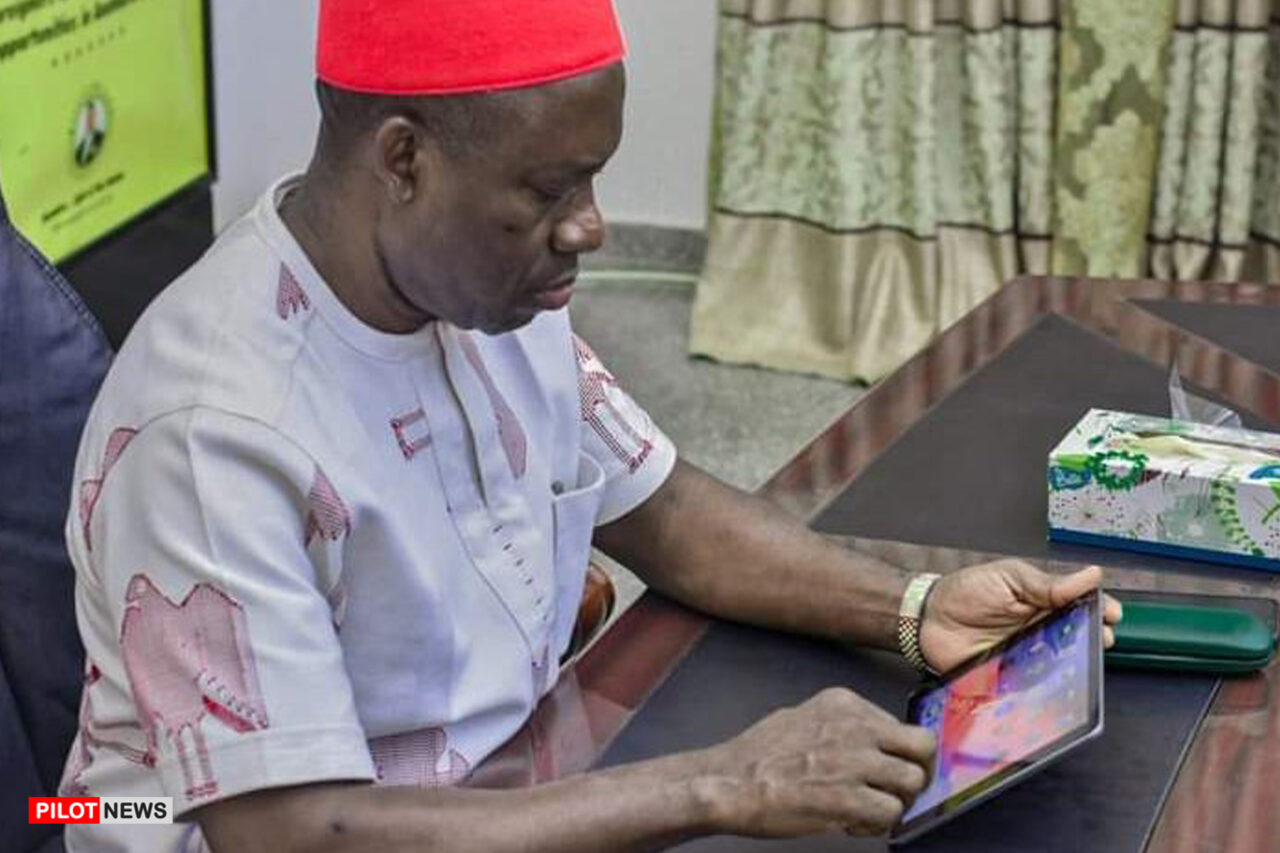 By Handel Patrick (Staff Reporter)
AWKA — In what could be described as a move to increase the Anambra State’s internally generated revenue, Governor Chukwuma Soludo has ordered all wheelbarrow pushers, tricyclists, and motorists operating in the State to register with the state government.
Soludo also directed all private motor park owners in the state to revalidate/recertify their parks before June 28 or face prosecution when enforcement would expectedly commence.
This was contained in a statement signed by the Permanent Secretary, Anambra State Ministry of Transport, Mrs. Louisa Ezeanya, who explained that the biometric enrollment/registration exercise was conducted by the ministry in collaboration with the Anambra State Internal Revenue Service (AiRS).
“The Ministry of Transport in collaboration with Anambra State Internal Revenue Service (AiRS) is undertaking the Biometric enrollment/registration of all commercial vehicle operators – wheelbarrows, tricycles, shuttle and minibusses, mini/semi-trucks, tippers, lorries and heavy-duty trucks operating in the state.
“The exercise which is in line with the directives of Mr. Governor will last for four weeks from June 2, 2022. All commercial vehicle owners and drivers/riders are hereby directed to comply accordingly,” the statement noted.
Also, another statement dated same today, June 16, 2022, and signed by the same Permanent Secretary, Ministry of Transport, Mrs. Louisa Ezeanya, says “In line with Mr. Governor’s directives, the Ministry of Transport has commenced the recertification/revalidation of all private motor parks in the state at no cost.
“All owners of private motor parks in the state are to proceed to the ministry of Transport, Block C, Jerome Udoji Secretariat, Awka with copies of the ministry’s approval letter for their parks and e-receipts of payments of approved motor park fees from October 2021 to March 2022, as a minimum.
“Kindly note that the exercise will last till Tuesday, 28th June 2022 after which enforcements will follow. All private motor park owners in the state are strongly advised to note the above and comply accordingly to avoid sanctions.”
But when contacted, the Deputy Director/Head, Taxpayer Education and Enlightenment Team, Anambra State Internal Revenue Service (AiRS), Mrs. Sylvia Tochukwu-Ngige, said it was part of the measures introduced by the governor to checkmate insecurity and touting in the state.
According to Ngige, the registration would also help the state to document all the details of transporters in the state in the state digital revenue drive, as well as help the government to fight crimes since the detail of all vehicles, their owners, and drivers would be properly documented for reverence and other purposes.
Contributing, the Press Secretary to Governor Chukwuma Soludo, Mr. Christian Aburime, said “Basically, the main reason is for security purposes. You know that Mr governor is committed to the security of the lives and properties of the residents. Another reason is to streamline the state revenue collection.
“You will recall that Mr governor placed a ban on illegal revenue collection and touting. With this registration, we will know all those on the road. Once you enroll, the government will have your complete data and give you a unique identification (sticker) which will also prevent you from being overtaxed or harassed,” he noted.