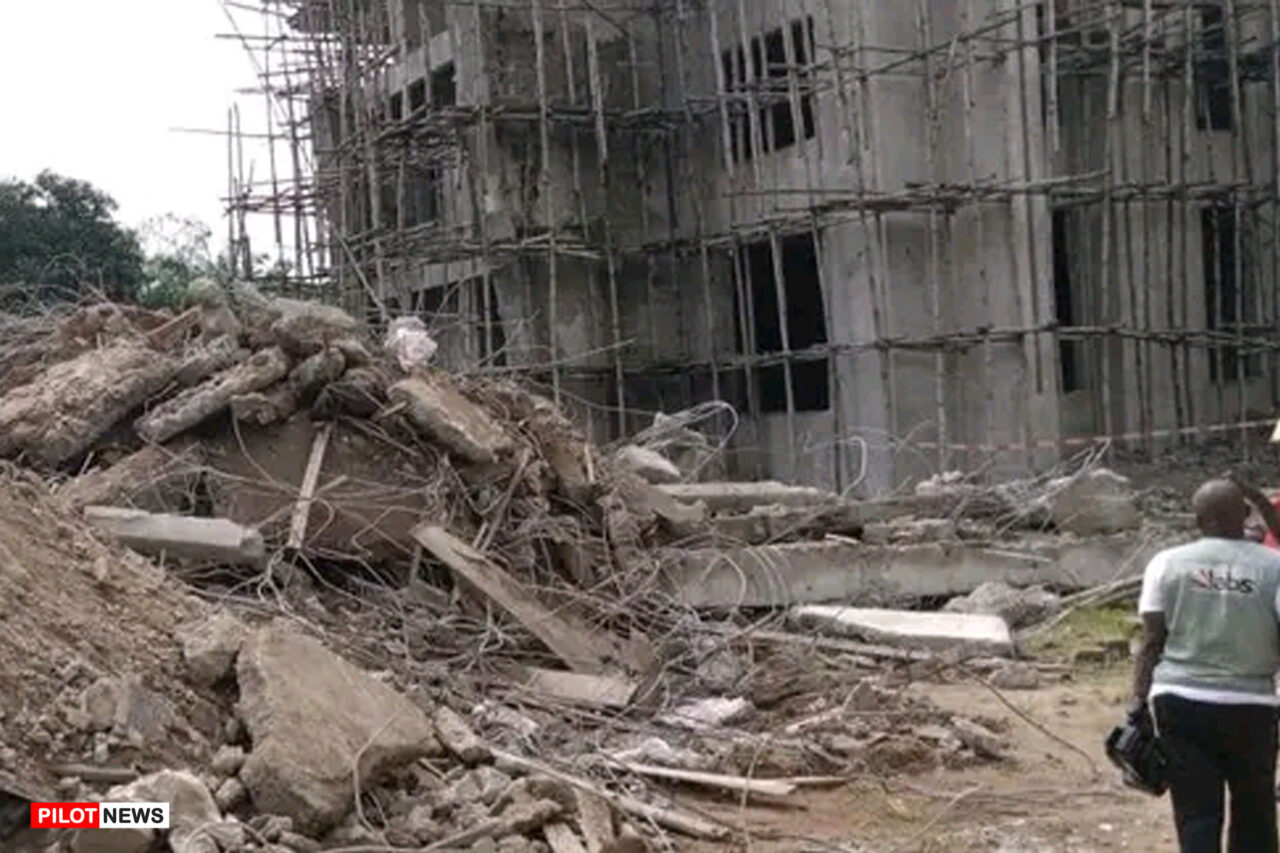 The building which was at roofing stage collapsed to the ground while work  was in progress.

Speaking to newsmen who visited the scene, a survivor, Mr. Ositadinma Chukwuleta, narrated his lucky escape, and revealed that while adjusting the woods used for the casted parapet, he noticed the building dividing from the foundation and jumped down immediately. He escaped the collapse but two others working in the building were not so lucky.

Mr. Chukwuleta who was visibly shocked and could not hold his emotions, said that he has since been abandoned since the incident, as sympathizers were the ones who has helped to stabilize him with drugs and support, as he needs medical help.

A member of the Red Cross Society, Mr. Vincent Okonkwo noted that the incident happened around 5 pm yesterday and two people escaped while two other carpenters were not so fortunate to escape but have been evacuated from the debris to a mortuary.

The Commissioner for Environment, Engr. Felix Odimegwu who visited the site of the collapsed building, said it was unfortunate and emphasized that things should always be done properly.

He asked developers to always get approvals from appropriate authorities and engage the services of  professionals.

He promised that the state government will get to the root cause of the collapse and issue appropriate sanctions.

A team from Council For Regulation Of Engineering In Nigeria, COREN, led by its Anambra state Chairman, Engr. Victor Meju  emphasized that the building was not in anyway in compliance with the building codes and law. The team also noted that no Engineer was found on site. A  proper investigation will be initiated and all culprits who claim to be engineers that handled the project will be brought to book, the team assured.

The news crew also observed a team of policemen at the site with a heavy-duty excavator rummaging the collapsed debris. Another adjoining building close to the collapsed one has also been cordoned off by COREN and other stakeholders.