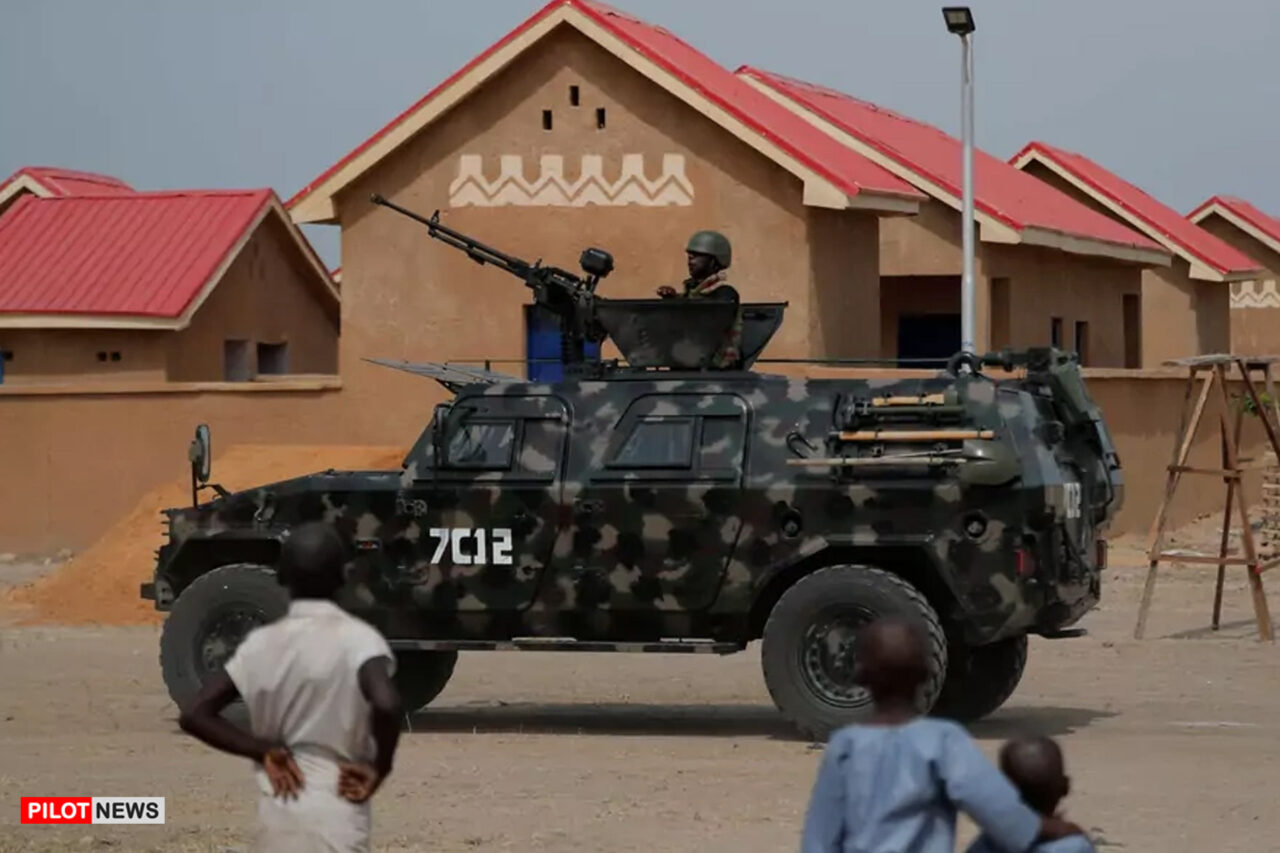 Since the beginning of October, Nigerians’ attention has been held by record flooding—the worst in a decade according to experts—which has left an estimated 1.3 million people displaced, more than six hundred dead, and over seventy thousand hectares of farmlands destroyed across twenty-five of the country’s thirty-six states. While a cross section of the commentariat used the occasion to highlight perceived official indifference, citing President Muhammadu Buhari’s decision to go ahead with a state visit to South Korea, others saw it as an opportunity to remind the authorities and the public at large about the need to take climate change seriously as a threat to the country’s well-being.

In the past few days, following a terror alert by several Western nations, including the United States and the United Kingdom, a threat of a different description has come to occupy the attention of the Nigerian public. While the U.S. embassy in Nigeria initially warned American citizens resident in the country of “an elevated risk of terror attacks in Nigeria, specifically in Abuja,” the Federal Capital Territory (FCT), a similar advisory by the British High Commission in Nigeria referred to “an increased threat of terrorist attack in Abuja.” Other foreign missions promptly followed suit, while the Australian embassy specifically advised its citizens against travel to Nigeria.

The unspecified nature of the threat has done little to assuage nerves among a public already buffeted by various forms of insecurity, including an Islamist insurgency that is now well into its second decade, banditry across the northwest, kidnapping, and other forms of quotidian violence. Asking people to avoid “government buildings, shopping malls, hotels, bars, large gatherings, international organizations, transport facilities, schools, markets, places of worship and law enforcement institutions,” as the Danish advisory to its citizens counsels, is no different from asking them to stay at home permanently.

Frustration at the advisories’ ambiguity was evident in the Nigerian authorities’ reaction. While an official statement urged citizens to remain calm and avoid panic because the advisories “do not mean an attack on Abuja is imminent,” Minister of Information and Culture, Lai Mohammed insisted, implausibly perhaps, that the country “is safer than at any time in recent times,” and warned against the spread of disinformation “as a deliberate act to spread falsehood with extreme consequences for national peace, security and stability.” Reports in the media that operatives of the Directorate of State Services (DSS) conducted a sting operation at a residential estate in Abuja and arrested two suspected terrorists only fueled suspicion that even the Nigerian government might be managing information about the true situation in the country.

In the meantime, as public unease grows, a different set of questions has arisen as to the reasons behind the apparent reluctance of the West to share intelligence with their Nigerian counterparts. One theory is that Western security agencies do not trust the Nigerian security establishment with intelligence because of suspicion that the latter might be in cahoots with terrorists. No less a personage than former Chief of Army Staff Theophilus Danjuma has accused the Nigerian army of colluding with terrorists. Back in 2018, Danjuma claimed that “Our Armed Forces are not neutral. They collude with bandits to kill people, kill Nigerians. The Armed Forces guide their movements. They cover them.”

Although the military has denied the allegation, Danjuma continues to insist that the way to combat terrorism in the country is for ordinary Nigerians to “find a means of arming themselves to face the terrorists.”

With the underlying distrust in the armed forces widely shared and the public more or less in a state of suspense, attention will inevitably turn to next February’s all-important general election. Many worry, not unreasonably, that a rising tide of civil unrest could (a) force the government to postpone the election; (b) prevent the election from holding in some states; or (c) provide the pretext for a military coup d’état.

Each of these is likely, though to different degrees. A postponement of the election is a real possibility (President Jonathan put off the 2015 election for six weeks over security concerns); an indefinite postponement is highly unlikely and politically untenable. It seems more likely that targeted violence will disrupt the conduct of the election in certain states, though that should have no real effect on the eventual outcome. The latest terror advisories have renewed the specter of military rule, but the institution is hugely discredited, and civil society’s memory of its venality is still fresh.

While concern about the February 2023 election is understandable, it would seem marginal to Nigeria’s long-term prospects, especially from a security standpoint. Among other things, the key elements of Nigeria’s chronic political instability are such that they cannot be fully resolved in the short term, never mind within the lifespan of a single administration.

Among the myriad challenges that will have to be confronted are the restoration of public faith in the rule of law. Antecedent to the collapse of public order in the country is loss of confidence in the rule of law and the state and law enforcement’s sincerity in upholding it. It is difficult to imagine order being fully restored until the average Nigerian starts to believe again that the law applies to everyone regardless of social status.

On a more practical level, serious efforts have to be directed towards mopping up the large numbers of small arms in the hands of private actors. Small arms proliferation (Nigeria reportedly accounts for seventy percent of an estimated five hundred million Small Arms and Light Weapons in West Africa alone) is a persistent driver of everyday violence in the country, and non-state civilian actors are often equipped with more advanced conventional arms than soldiers and the police.

Nigeria is entering an interesting period in which it will need all the help it can get, whether from regional allies, Western governments, or international organizations.

This publication is part of the Diamonstein-Spielvogel Project on the Future of Democracy.  This article first appeared in CFR.