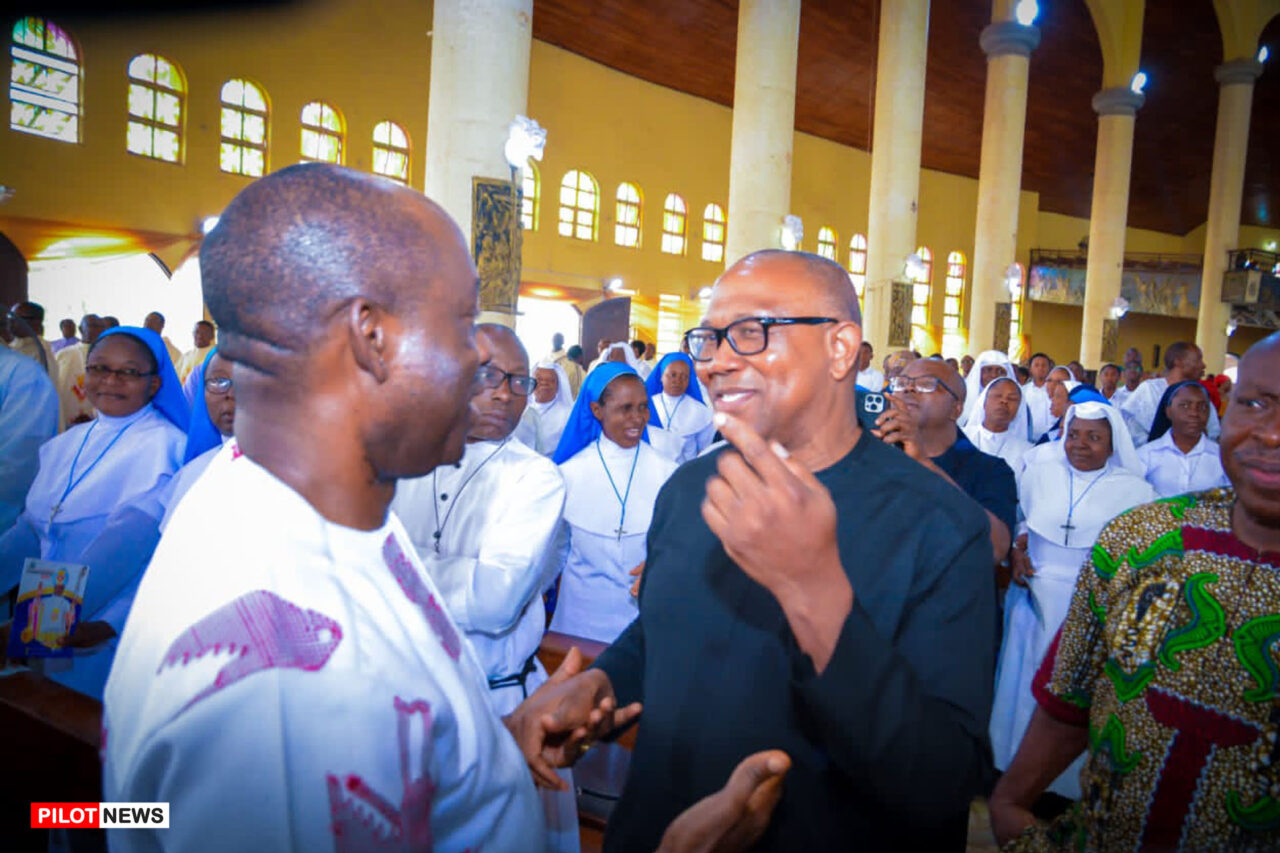 Anambra State Governor, Chukwuma Soludo, and the presidential candidate of the Labour Party, Mr Peter Obi, embraced each other at the St. Patrick’s Cathedral Awka, on Thursday, during the thanksgiving mass organised in the honour of the Bishop of the Diocese, Most Rev. Paulinus Ezeokafor.
This is coming days after Soludo wrote a report criticisng Obi and his presidential aspiration.
West African Pilot News gathered that Ezeokafor is marking his 70th birthday at the event.
According to the statement from Soludo’s Press Secretary, Mr Christian Aburime, the governor was the person who stood and went to where Obi was seated to greet and welcome home the former governor of the state.
“Before the mass started, he stepped out from his pew and walked over to where the former governor, Mr. Obi, was seated to greet him, welcoming him to the capital city.
“Even amid so many political disagreements, they both understand they are Ndi-Anambra. Yes! We are Ndi-Anambra. We lead, and others follow,” he said.
Soludo, it would be recalled, had on November 14, 2022 released a letter he entitled part 1, in which he stated among other things, that Obi would fail the election despite his mammoth of supporters across the nation.