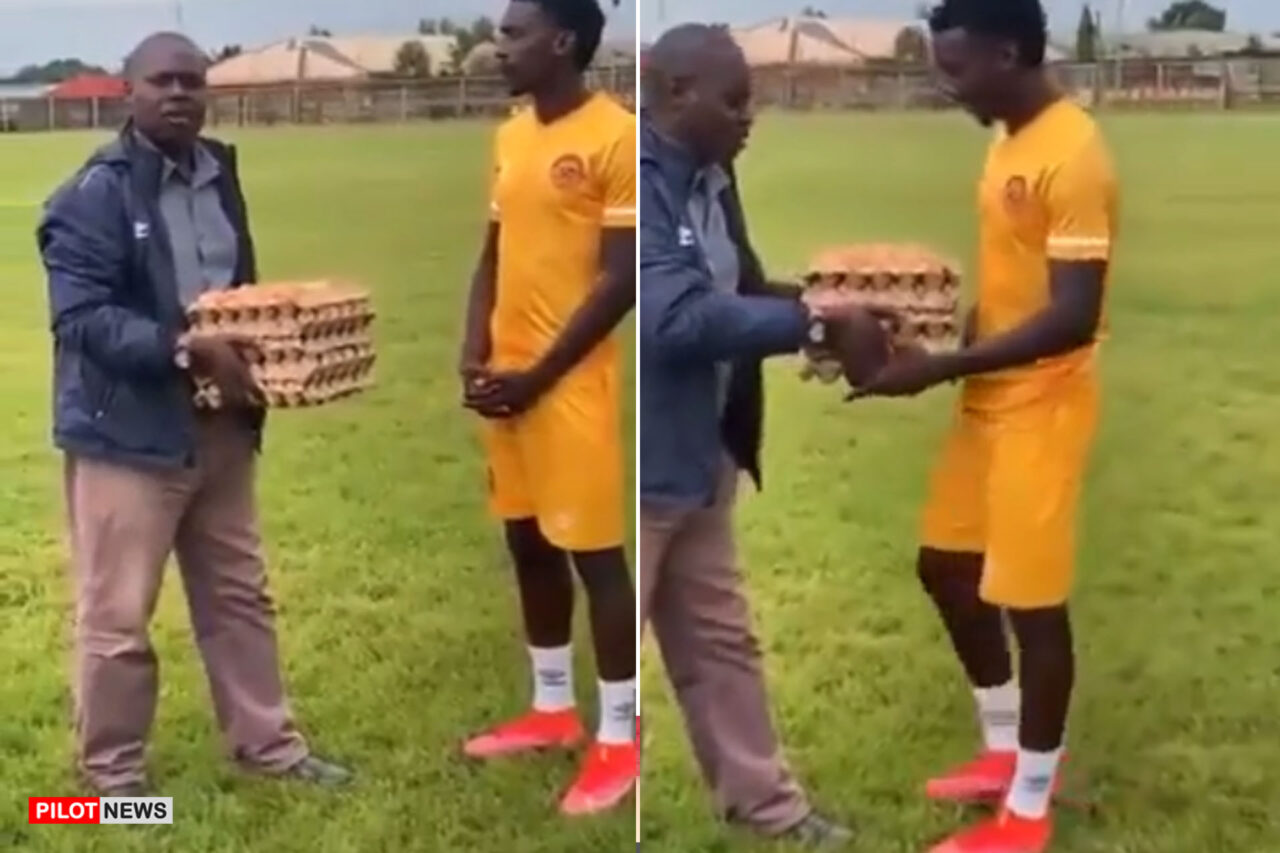 A video of a Zambian football player being awarded five crates of eggs for being the man of a match has gone viral.

Pulse reports that the player scored the only goal of the game which gave his team, Power Dynamos a 1-0 victory against their opponents, Nkana in a Zambian Super League fixture.

After the match, officials named him the man of the match and rewarded him for his stellar performance.

“Presenting to Kennedy as the man of the match and the goal scorer,” an official said in the video.

“In essence, there are two crates for the goal that he scored and then three for the man of the match and this is courtesy of KeepSafe Farms Enterprises. There you are, Kenneth. Congratulations, enjoy your eggs.”

As the crates were presented to Kennedy, people were heard applauding and cheering him for the feat in the background.

GOATs have no place in the kingdom of God – Mike Bamiloye