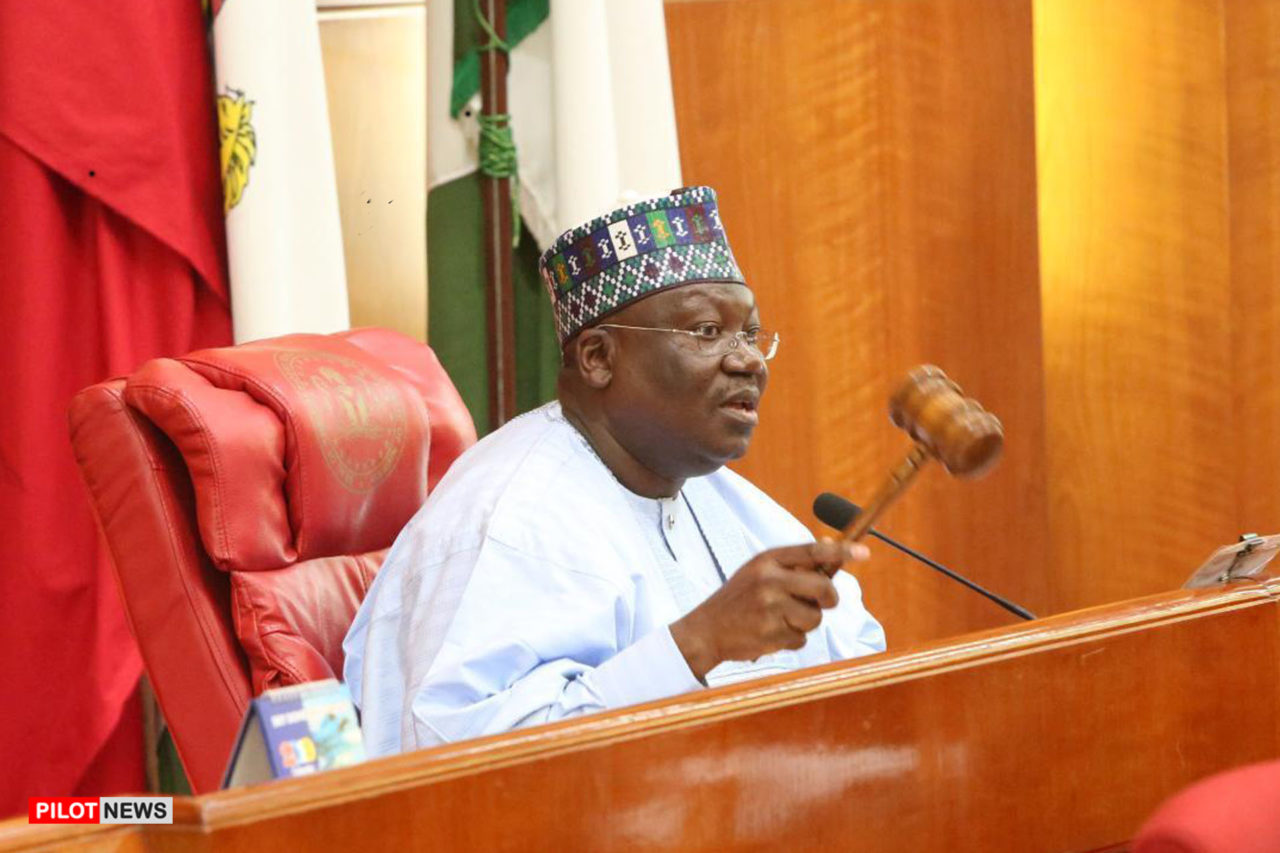 President of the Senate, Sen. Ahmad Lawan, has advocated for stiffer penalties for rape in Nigeria.

Lawan made the call on Tuesday in his concluding remarks on motion over increasing rape cases and brutality against the girl child in the country.

According to him, having stiffer penalties in Nigeria’s criminal and penal code will serve as a deterrent to perpetrators of the act.

“We stand together, shoulder to shoulder on this, and I think we need to make the penalties for rape stiffer to be sufficient deterrent for those who are involved in this or who even desires to be involved.

“We have to save our future, and these girls and women are the future of this nation,” the senate president said.

Earlier, sponsor of the motion on “increasing cases of rape and brutality against the girl child in Nigeria”, Sen. Sandy Onor (PDP, Cross River Central), noted that on May 26, a 16-year-old girl, Tina Ezekwe, was hit by a bullet when a policeman opened fire on a bus in Lagos.

According to the lawmaker, efforts to save Tina proved futile as she passed on two days later at a hospital.

Citing another incident, the lawmaker noted that “on May, 27 a first-year undergraduate of University of Benin, Miss Uwailia Omozuwa was brutalised and raped at her church, where she went to study in the evening of that day.”

He added that brutality and rape cases against the girl child in Nigeria were on the rise, with some of the cases reported and several others unreported.

The lawmaker who bemoaned the lack of safety for the girl child in Nigeria said that “our young girls may no longer have the confidence to live their normal lives.

“The average young girl in Nigeria is obviously becoming terrified and scared to live with and trust her close male relatives and neighbours.”

Onor expressed worry that most Nigerian girls and women might have experienced one form of verbal and physical abuse or assault in their lifetime.

He stated that the negative physical, psychological and emotional effects of rape and brutality on young girls might impact on them for the rest of their lives with attendant consequences on their self-esteem and general productivity.

Onor, therefore, said proactive measures must be taken by relevant authorities to curb the dastardly acts and bring culprits to justice.

The lawmaker stressed that unless timely action was taken against sexual assault and brutality, it would hinder national growth.

It is therefore our responsibility as leaders to rescue these young girls from the scourge of rape and brutality, he added.

Lending her voice in support of the motion, Sen. Biodun Olujimi (PDP – Ekiti South) said, “these are very ominous times for our children, especially the girl child.”

“If the authorities do not take serious action against rape, it will become a big scourge that will eat us down the line because the girls are being attacked psychologically, and that is not good for this nation,” she said.

Accordingly, the senate in its resolutions, called on State Houses of Assembly to amend the penal and criminal code to make penalties for rape and sexual assault stiffer so as to deter perpetrators.

It also condemned the killings of the young girls, and called for the immediate arrest and prosecution of the perpetrators of the unwholesome acts.

The Senate, while urging the Federal Government to stage a campaign against the increasing brutality and rape of the girl child, called on security agencies to evolve proactive measures to checkmate the unfortunate occurrences.

The senate also observed a minute silence for Tina and Uwaila and all those who lost their lives from such brutality and rape.