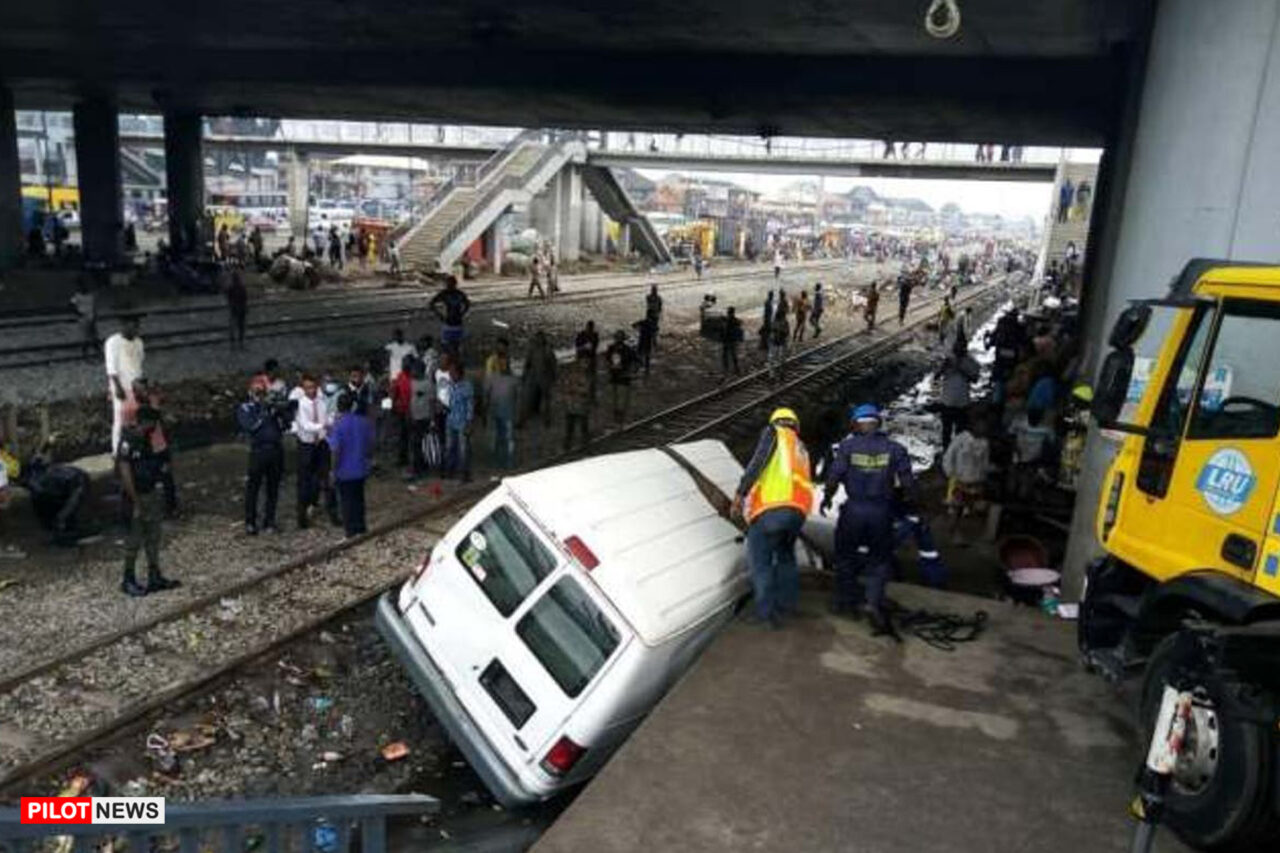 A driver and passengers luckily escaped death when their bus rammed into a moving train at Oshodi in Lagos on Monday.

They sustained different degrees of injuries due to the impact of the collision and were treated at the scene of the incident.

The Director-General of the Lagos State Emergency Management Agency (LASEMA), Mr Olufemi Oke-Osanyintolu said the bus veered onto the tracks and crashed into the moving train. He added that the wreckage was evacuated and normalcy was restored.

“The agency received distress calls on the above. Upon arrival at the scene, it was discovered that a passenger motor GGE 972 GE had veered onto the train tracks while crossing the rail at PWD inward Oshodi and subsequently collided with a scheduled commuter train,” Mr Oke-Osanyintolu said.

“The bus was then dragged along for a stretch of the journey before the train managed to come to a complete halt. The Agency was able to successfully extricate the passengers and note that there was no loss of life. Casualties have been provided with on-site medical care and discharge.

“Members of the public, especially drivers of commuter buses are reminded to obey traffic regulations to prevent injuries and transport delays. The wreckage of the bus has been safely removed to allow for a free flow of commuter traffic.”