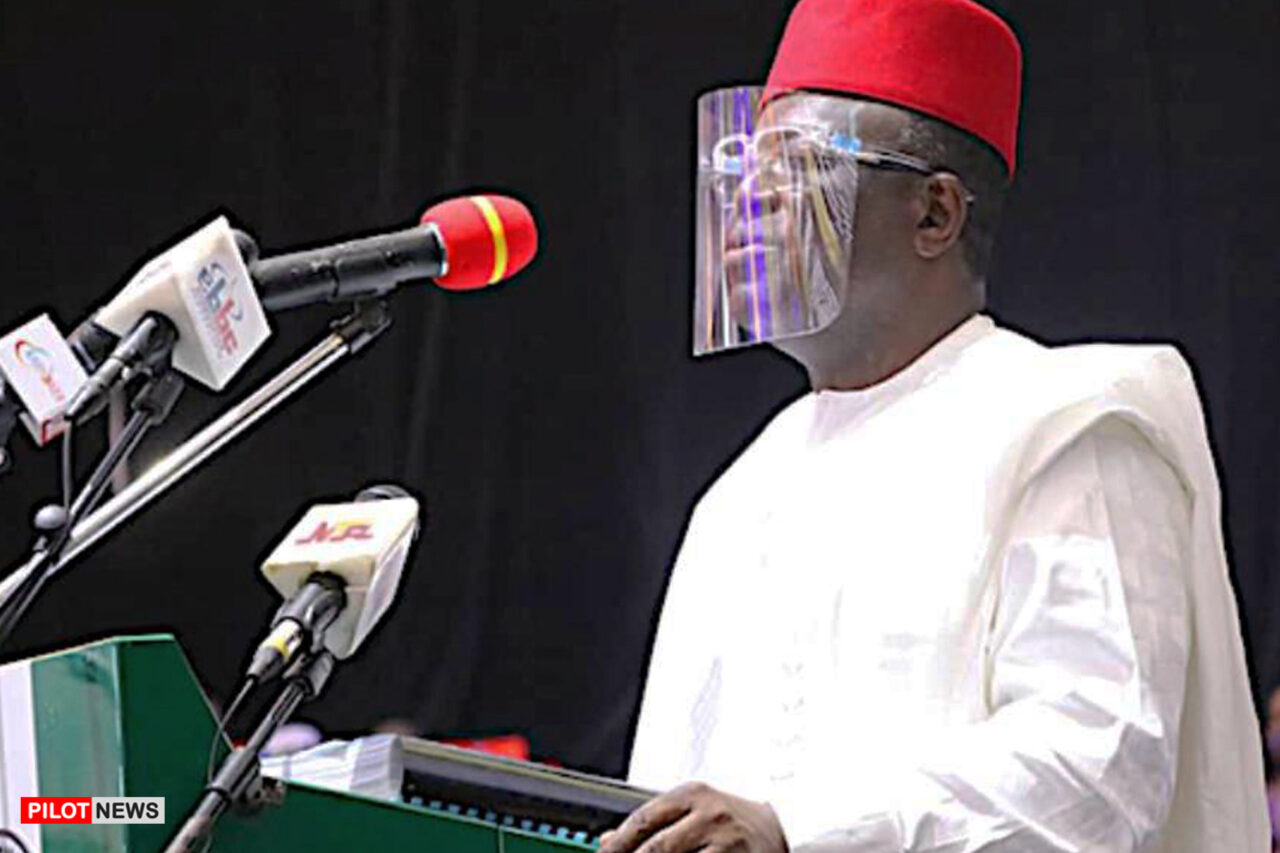 Gov. David Umahi of Ebonyi has reiterated that he did not defect to the All Progressives Congress (APC) to contest for presidency in 2023.

Umahi made the declaration on Sunday during the first APC stakeholders meeting he was superintending over since his defection to the party.

According to him, who dash monkey Banana;  I did not negotiate with the presidency or anyone to contest the position under the APC.

“My next line of action after my governorship is in God’s hands and there is nothing God cannot do.

“Anyone wishing to contest for the presidency or governorship of the state should meditate and pray that God should not send him if God’s spirit is not with such person.

“This is because it is going to be very tough and we are really in the end time,” he said.

He remarked that the leadership of the state would never come from outside its shores, stating that his meekness should not be mistaken for weakness.

“We will not allow the PDP to die in the state but still assist its executives to survive.

“I am still the father of the state and those fighting me for joining the APC should not cross the line.

“I will never confront a sitting governor but try being his friend because the powers of government are enormous,” he said.

Umahi announced the nomination of the immediate past APC state Chairman, Mr. Nwachukwu Eze as a commissioner in conformity with the agreement reached before the dissolution of the party’s erstwhile state executive committee.

“We should set up committees at the wards and Local Government Areas to aggressively pursue our membership registration process and the disbursement of palliatives to our people in December,” he said.

Chief Mike Okoro, an industrialist and APC Stalwart in the state commended the governor for implementing an all-inclusive policy since joining the party and urged him not to derail in that regard.

Prof. Mike Awoke, another party Chieftain, read the communiqué after the meeting, highlighting that stakeholders had resolved to work towards strengthening the party in the state.

The communiqué condemned the maligning of the governor by some persons over the defection, insisting that it was in the interest of the state and South East zone.

The News Agency of Nigeria (NAN) reports that political tension has heightened in Ebonyi since Umahi’s defection to the APC from the PDP with resentment and bickering pervading the environment.

FG Demands An Apology From UK Parliament Over Claim About Gowon