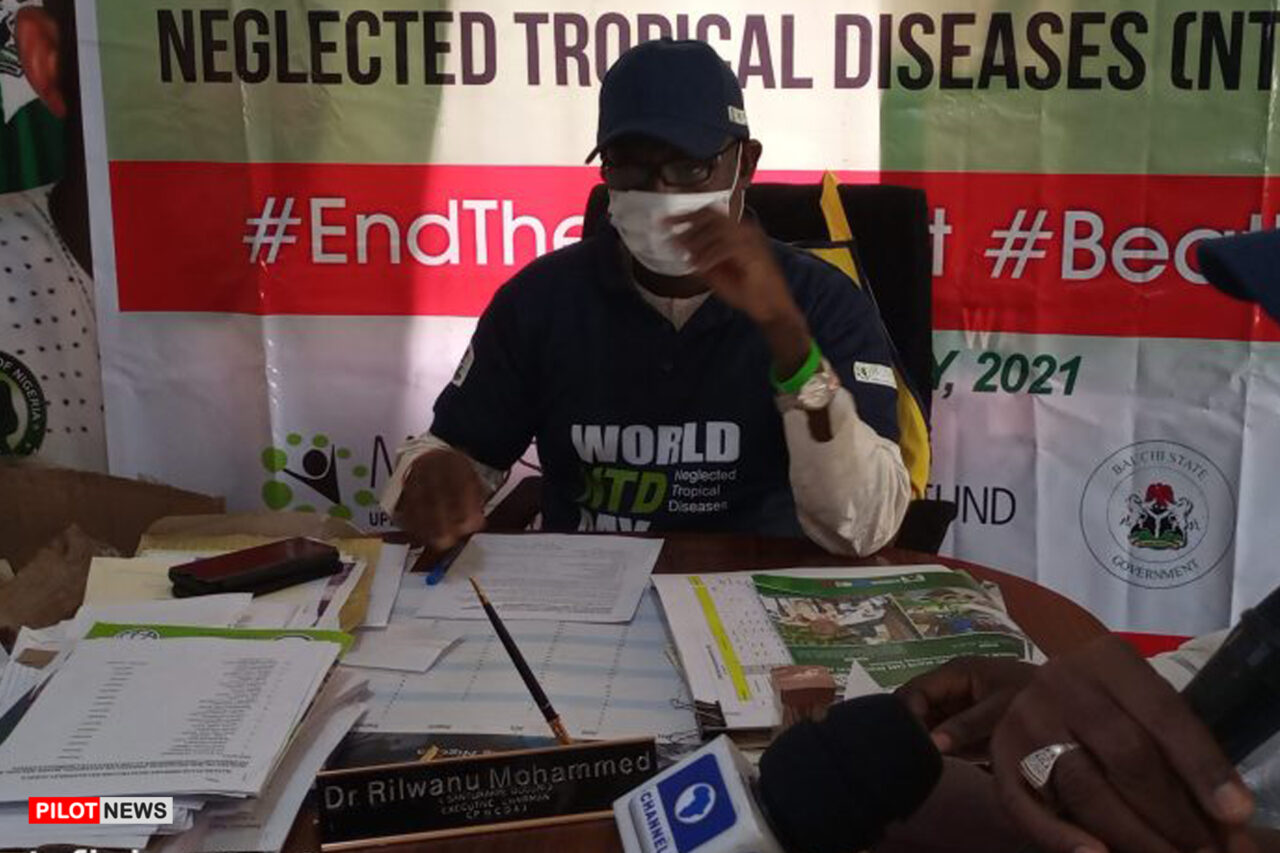 At least 10 persons have been infected by a strange disease that is causing human legs to swell in Bara village along Gombe road in Kirfi Local Government Area of the State,  health officials confirmed.

The Executive Chairman of Bauchi State Primary Health Care Development Agency (BASPHCDA) Dr. Rilwanu Mohammed who announced this while briefing newsmen on the commemoration of the 2021 World Neglected Tropical Diseases (NTD) Day celebration held on Monday, said that late Sunday evening, his agency received a report that people’s legs were swelling up in Bara village.

He said that reports have it that so far, 10 people have been affected, saying that he has directed the Disease Control department of the Agency to mobilize to the village to find out what the problem is.

Mohammed said; “We are suspecting onchocerciasis or lymphatic filariasis considering that the LGA is one of the LGAs that have the cases of those tropical diseases. As soon as we get the results of the investigation, we will take prompt action to curb it”.

On the NTDs, Mohammed said that the world over, mostly in tropical communities with poor sanitation and lack of potable water, over one billion people are suffering from the NTDs while in Bauchi state, the number is over one million.

While listing some of the NTDs to include: Onchocerciasis, lymphatic filariasis, soil-transmitted helminths, trachoma, schistosomiasis, Buruli ulcer, snake bite, leprosy, human African trypanosomiasis, Guinea worm, yaws, and loiasis, Dr. Mohammed said that with good sanitation and proper hygiene, the diseases can be checked.

He said that out that as of now, Bauchi State has onchocerciasis in 12 LGAs; Lymphatic filariasis in 11 LGAs; Schistosomiasis in 16 LGAs, Trachoma in 2 LGAs while Guinea worm has already been eradicated in Nigeria as a whole.

Mohammed added that for the morbidity management and prevention, the state is working with UNICEF and a local NGO, Mission To Save the Helpless (MITOSATH), adding that for the 2020 treatment cycle, the state was able to collect and distribute nine million tables of ivermectin; 1.9m tablets of Albendazole; 1.7m tablets of Praziquantel; 18 motorcycles for NTDs endemic LGAs; trained 500 health workers on NTD medicines supply chain management and 500 community volunteers on hygiene promotion on collaboration with RUWASSA.

He said; “Generally, the state is making progress on the elimination of this preventive chemotherapy NTDs as Oncho is about to be eliminated in the state. Three epidemiological surveys have equally been carried out, two were successful and we are waiting for the results of the third.

“Transmission Assessment Survey for Trachoma was carried out in Shira and Tafawa Balewa LGAs and were successful”.

Mohammed also said that the pre-transmission assessment survey was done in Giade, Bogoro, Tafawa Balewa and Itas/Gadau LGAs in 2018 to 2019 during which only Bogoro failed while for 2020, Misau, Warji, and Bogoro (to be repeated) will be done this February.

Earlier, the Director, Disease Control and Immunization of the Agency, explained that over the years, NTDs have remained silent killers among the people particularly rural dwellers with nothing done to mitigate the situation making it become endemic.