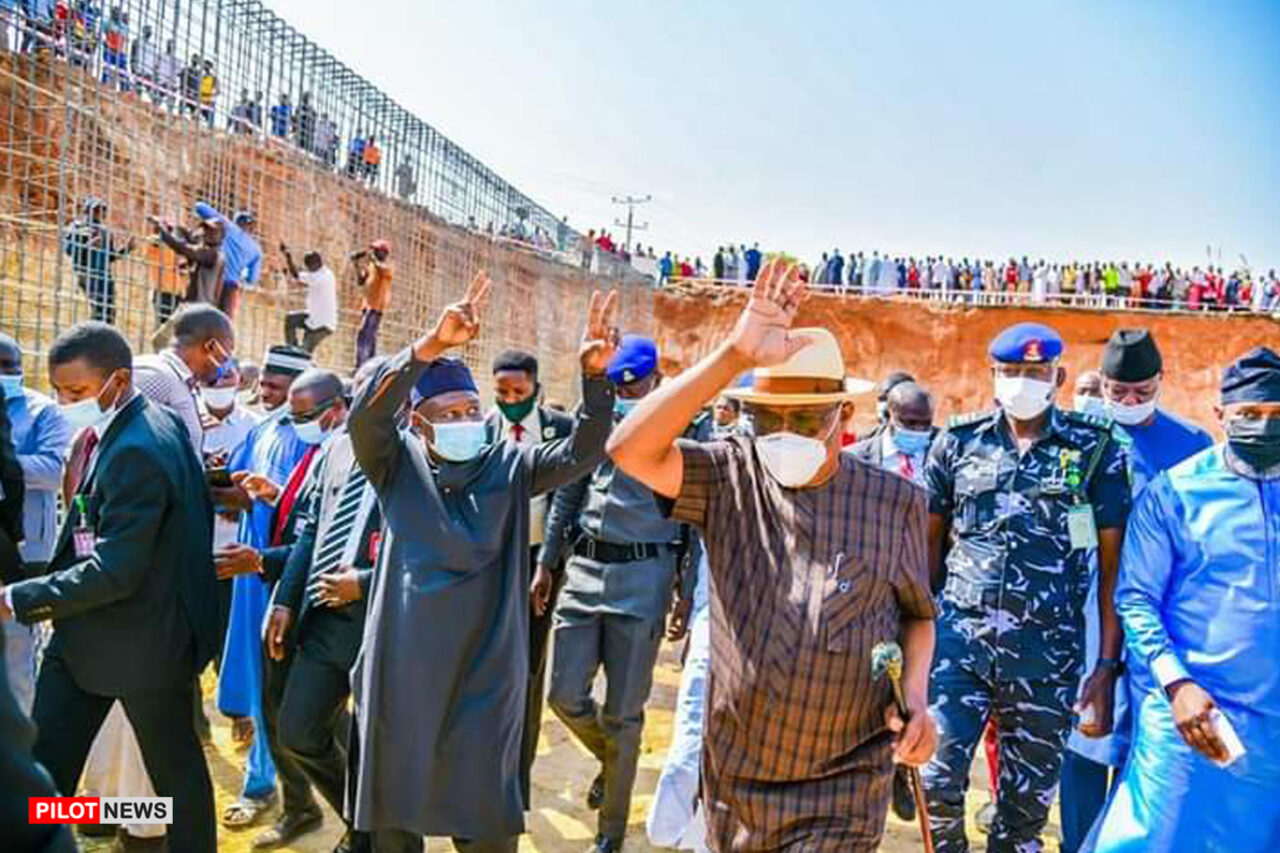 YOLA — Rivers State Governor, Nyesom Ezenwo Wike says the inability of the All Progressives Congress (APC) to tackle insurgency, banditry, and corruption will compel Nigerians to vote out the party in 2023.

Governor Wike noted with the current economic woe of the country and escalating banditry, it was obvious that Nigerians have realised they made a terrible mistake to have voted for the APC.

The Rivers State governor stated this on Thursday shortly after inspecting the Greater Interchange and Underpass being constructed by Governor  Ahmadu Umaru Fintiri of Adamawa State in Yola.

Governor Wike, who was impressed with the developmental stride of the Adamawa State governor, was emphatic that it was gladdening to note that a similar feat was being replicated in the States governed by the Peoples Democratic Party (PDP) governors.

The governor declared that Nigerians were apparently unhappy with the way the APC led government has mismanaged the affairs of the country.

“Are Nigerians happy? The answer is no. If Nigerians are not happy, what is the expected result that you intend to get? Obviously, Nigerians would want APC government not to govern them in 2023.”

He stated that with the overwhelming infrastructural development taking place in all the PDP States which Nigerians can attest to, it will be impossible for the PDP not to win the 2023 general elections.

Governor Wike said the latest ranking of Nigeria as 146th most corrupt country in the world based on a recently published Transparency International Corruption Index report, was indicative that the APC administration’s claim of fighting corruption has been misleading.

“What you see is vindictiveness. Today, if I want to leave PDP and go to APC, I will no longer be corrupt. The moment I remain in PDP, I’m corrupt. So corruption is based on the party you belong to. That is their definition of corruption and that is why everybody is disappointed.”

Governor Wike maintained that the country has never been divided and insecure the way it has been under APC leadership.

The Rivers State governor explained that he was in Adamawa State to thank Governor Fintiri for honouring the invitation of Rivers people to commission some projects recently and to use the opportunity to see what his counterpart is doing in Adamawa State.

“I am shocked, overwhelmed with what I have seen. I was asking him where he was getting the money from. The kind of construction going on is as if Nigeria’s economic problem does not affect Adamawa State. And that is what we have always said, whatever opportunity you have, whatever privilege you have, you try to make your people happy by providing them the basic infrastructure.”

Governor Wike urged the Adamawa State governor to remain focused on the delivery of dividends of democracy to his people and not be bothered by the antics of the opposition.

“Don’t be distracted, don’t be bothered with what people will say. Continue to focus on infrastructural development because that is what can drive the economy of Adamawa State.”