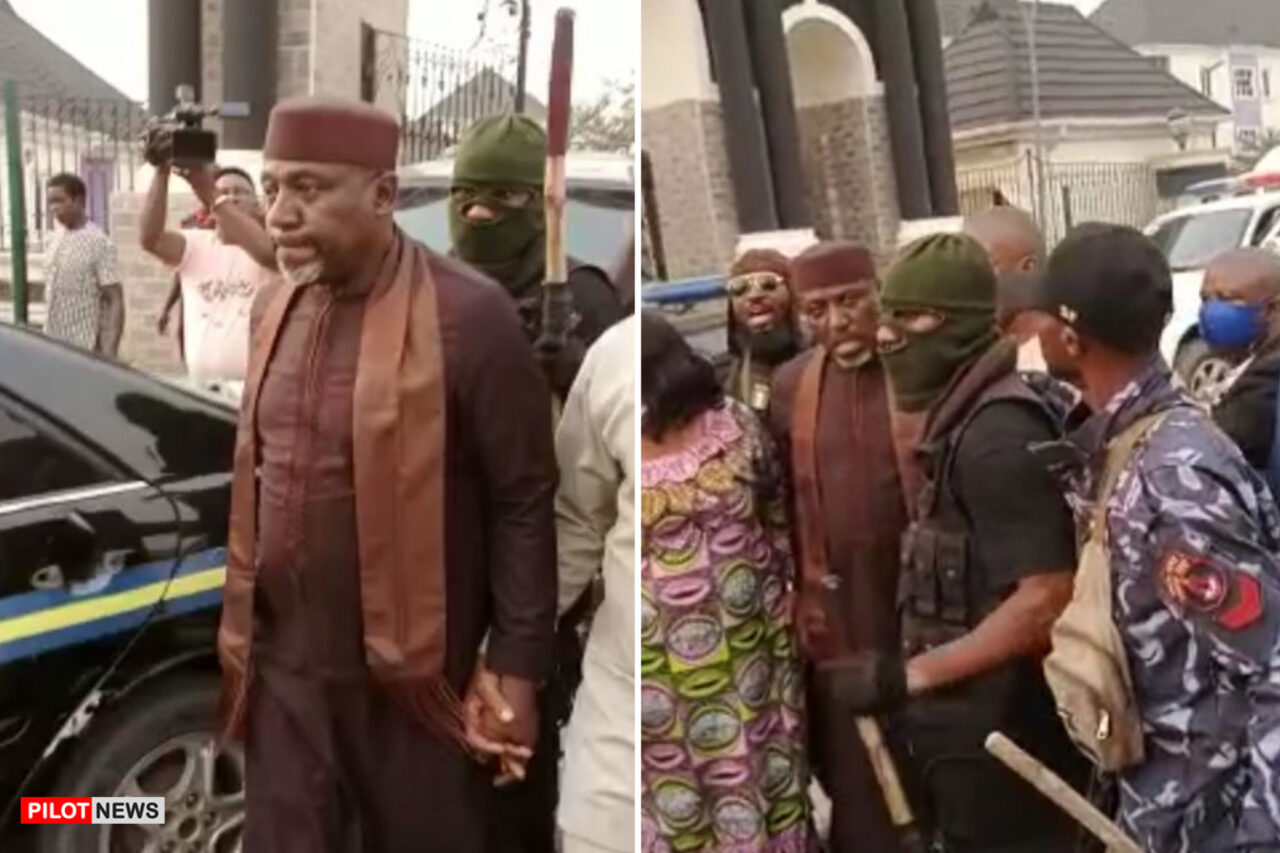 A former governor of the Imo state, Rocha Okorocha has been arrested by some operatives of the State police command on Sunday.

Igboanusi was the deputy chief of staff (Domestic) while Okafor-Anyanwu was the Commissioner for Transportation during Okorocha’s administration.

The ex-governor had gone to the estate with his supporters, policemen, soldiers, and personnel of Nation Security and Civil Defence Corps and ordered the unsealing of the estate.

Government officials mobilized to the estate, this led to a free-for-all as many were reportedly injured while some cars were damaged.

The arrest of Okorocha has been confirmed by the spokesperson for the State Police Command, Orlando Ikeokwu.

The state Commissioner for Information and Strategy, Declan Emelumba, also confirmed the arrest of the former governor, noting that he will be arraigned on Monday