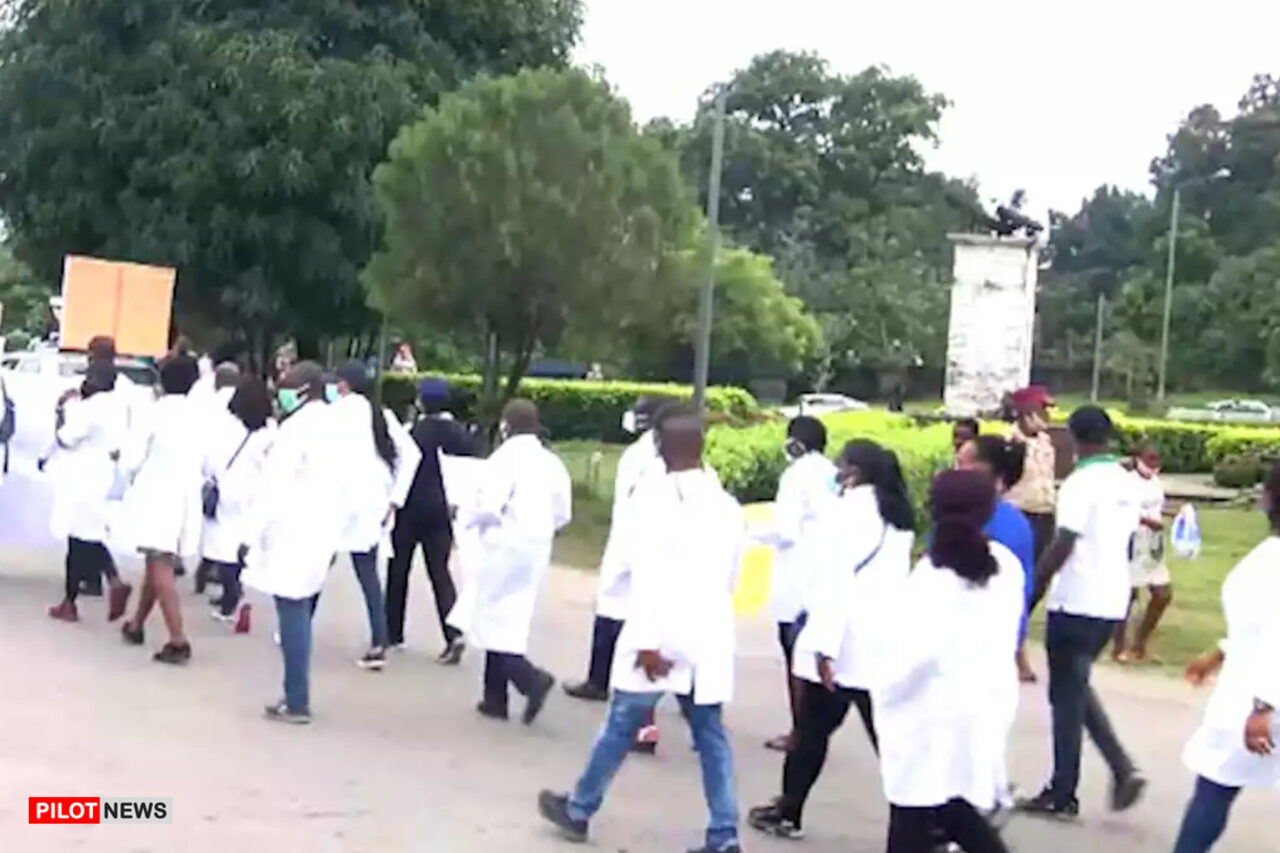 The National Association of Resident Doctors (NARD) has raised the alarm that it is being threatened by some government agencies to call off its ongoing strike.

This comes four days into the nationwide strike which according to the association is to protest against the failure of the Federal Government to honour their agreements, including the payment of salary arrears and indemnity for their colleagues who died in the line of COVID-19 duty.

The National President, NARD, Dr. Uyilawa Okhuaihesuyi, told Sunday Punch in an interview on Thursday that even though they had the duty to save lives, they are first human beings who had needs and should not be denied their entitlements.

He said this was a fight for survival, noting that they were tired of signing a memorandum of understanding with the government as the previous ones had yielded no result.

The leadership of the association had met with the Federal Government delegation on Wednesday night, during which the government appealed that the planned strike be shelved, but the association commenced the strike on Thursday, April 1.

The Minister of Labour and Employment, Dr. Chris Ngige, had said on Friday that government would not hesitate to invoke the ‘No work no pay’ provision in the labour laws if they failed to call off the strike.

But in a telephone interview with one of our correspondents, Okhuaihesuyi said the government had not been fair, noting that since the association issued its ultimatum on January 25 and has written series of letters to the relevant ministries and agencies, nothing was done.

The development has however paralysed activities in many teaching hospitals across the country, inflicting serious hardship on Nigerians who need medical care in such institutions.

Asked if Nigerians had helped in putting pressure on the government to do what was necessary to end the stalemate and address the inadequacies in the health sector, Okhuaihesuyi said, “Nigerians are actually scared. Basically, people cannot talk because they are scared of the unknown and there is fear of being harassed.

“Since this strike started, I have received calls from many government agencies to shelve the strike. Some are in form of threats. It’s that bad. They think it is politics, forgetting that we cannot play politics with human lives. We are professionals and being a doctor means you have sworn an oath to take care of lives but when you are hungry or you become a patient, what is your fate?”

Efforts to get the NARD President to expatiate on the threats were not successful as his line could no longer be reached till press time on Saturday.

Okhuaihesuyi also said in the interview that the government was unfair in the way it was treating them. He added, “Resident doctors make up about 70 per cent of all the doctors in the workforce in Nigeria. That is independent of the challenge many doctors have in securing placement for their residency programme and that is also a big challenge.

“That was why we mentioned doctors on Government Integrated Financial Management Information System platform in our communiqué. That is the platform used in paying doctors that are not fully employed in the hospitals, and so there was leakage and fraud in the platform and it was closed. That means the number of doctors on the GIFMIS platform, which was over 3,000, have all stayed for four months without being paid.

“You can’t place an embargo on the employment of doctors while the ones employed are not being paid.”

“That is why you cannot blame the people that are leaving (Nigeria). Doctors are first of all human beings and they need to survive before they can treat people. So, when they have not been paid for four months, how do they treat others? Therefore, this is a fight for survival.”

Okhuaihesuyi said further that 17 resident doctors had lost their lives to the COVID-19 pandemic and that it was high time the government implemented the terms of their agreements rather than inviting them to sign a memorandum of understanding.

He added, “The problems we are having now are the same with what we have had over five years ago, so it has become a recurring issue because of government’s failure to honour its own agreement. They tend to rush to sign agreements but they don’t honour them. That’s where we are.

“So, is it the MoU government brings up from time to time that would substitute for their salary? There are Residents (resident doctors) that have been in the system and were paid through GIFMIS platform but when government stopped GIFMIS and moved to IPPIS, they have not been paid for months. These are some of the issues. So MoU is not the answer.”