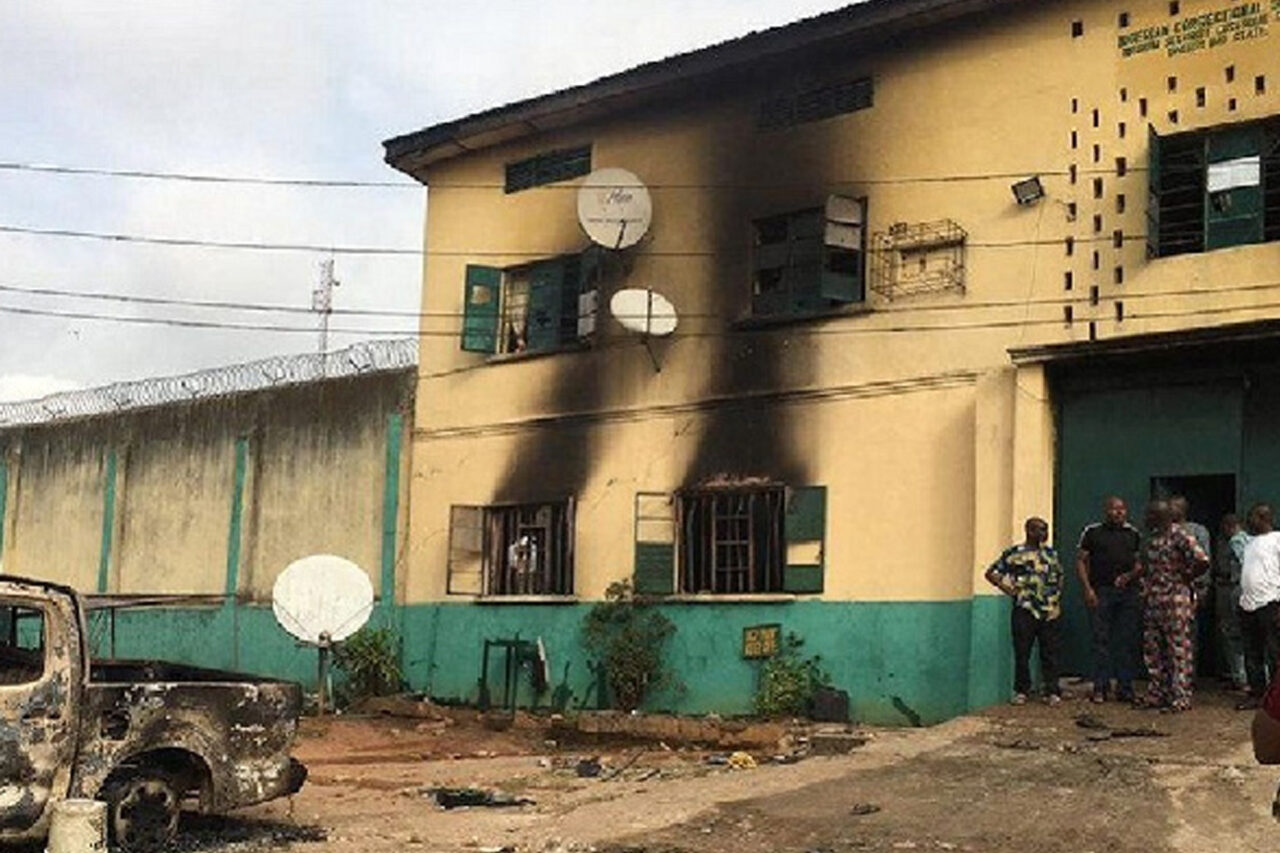 Six of the over 1,800 inmates who escaped from the Nigeria Correctional Service (NcoS) In Owerri, the Imo State Capital has returned to the facility voluntarily.

The Public Relations Officer of the NcoS, Francis Enobore, disclosed this in a statement on Monday.

Enabore also said that during the incident at the correctional facility in the state capital, about 35 other inmates refused to escape from custody.

On Monday, April 5, it was reported that some gunmen invaded the facility and the State Police Command Headquarters very early in the morning, and freed hundreds of prisoners in the process.

Hours after the attack, the NcoS confirmed that the gunmen forcefully released a total of 1,844 inmates from custody.

He explained that the gunmen gained entrance into the yard by using explosives to blast the administrative block around 2:15am.

They were said to have invaded the correctional centre in their large number in several Hilux pick-up vans and Sienna Buses, full of sophisticated weapons, and engaged the security personnels on duty in a fierce battle, they then detonated the explosive to gain entrance.

The Acting Controller-General of Corrections, John Mrabure, has also condemned the attack and ordered a comprehensive investigation into the incident.

Mrabure also directed the commencement of search and recovery operations, in collaboration with other security organisations, to recapture the freed inmates.

He equally directed all officers attached to custodial facilities across the country to remain vigilant at this trying moment.

The authority appealed to Imo residents and others to provide any useful intelligence report that will facilitate the recovery efforts.

One person suspected to be a fleeing inmate was hit by a bullet during the attack. He was shot while carrying his traveling bag. His lifeless body was seen on the ground in front of the correctional centre.

We Will Soon Reveal the Cause Of Crash Jet – NAF Chief