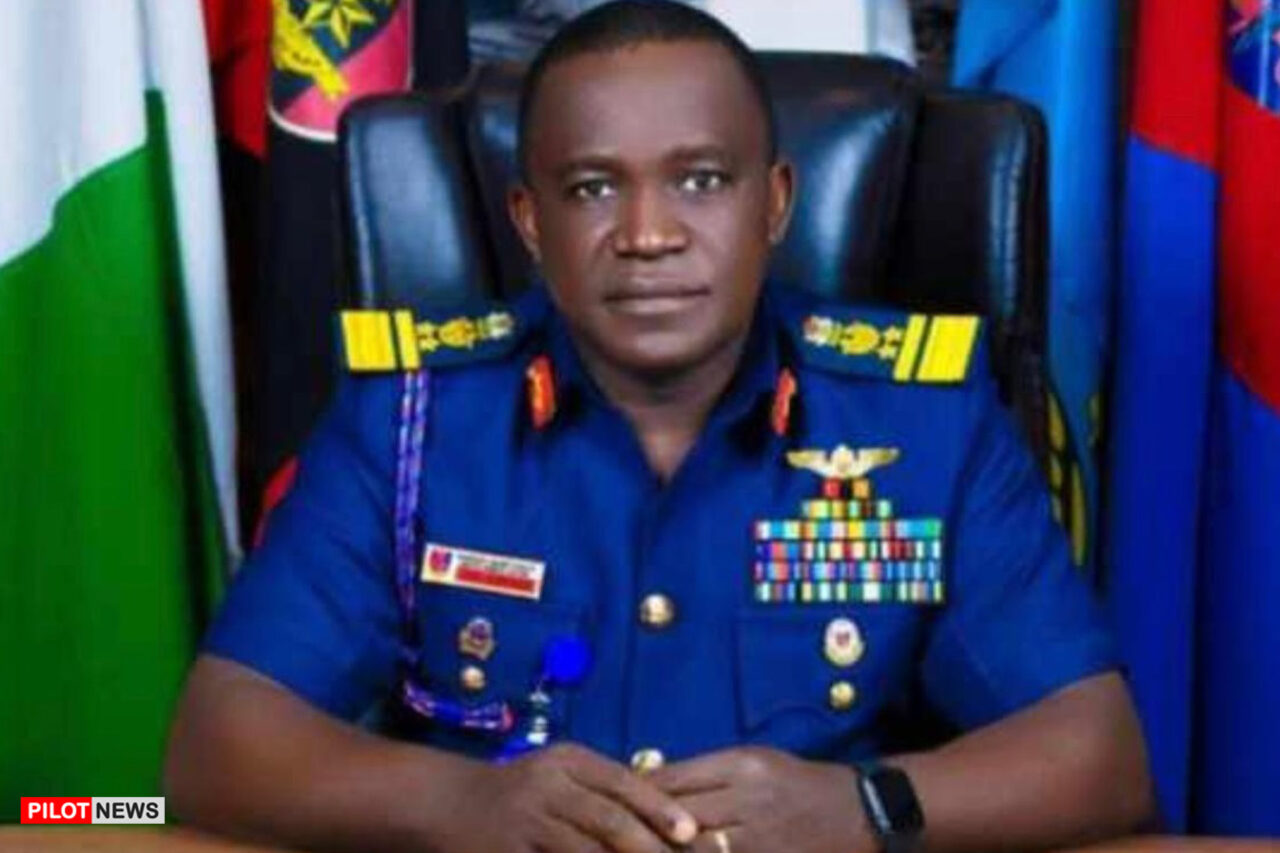 ABUJA — The Chief of Air Staff (CAS), Air Marchal Oladayo Amao, has said that the happenings in the last few days concerning the crash of an Alpha-Jet aircraft should inspire and spur Nigerian Air Force (NAF) pilots, technicians, and ground troops to remain resolute in the fight against insurgency in the North-East and other parts of Nigeria.

The CAS added that the videos going around on social media claiming that the aircraft was shot down by insurgents were false, saying that “from critical analysis of all available intelligence, it was obvious that the air accident was caused by other factors soon to be unraveled.”

The NAF Alpha jet went missing on Wednesday with two airmen, Flt Lts. John Abolarinwa and Ebiakpo Chapele, on board.

Amao maintained that efforts were still ongoing in collaboration with the Nigerian Army and other security agencies to find the crashed aircraft and the two pilots in order to bring the issue to closure.

He stated this while on another visit to the Air Component of Operation Lafiya Dole, Maiduguri, and after receiving a briefing from the Air Component Commander, Air Commodore Nnamdi Ananaba, on the efforts with the Nigeria Army to locate the site of the crash.

This was contained in a statement by the NAF spokesperson, Edward Gabkwet, on Sunday. the statement is titled, ‘CAS in Maiduguri, charges personnel to remain resolute.’

Amao said, “We must continue to work assiduously in synergy with sister services and other security agencies to ensure that peace and security of lives and property are achieved,” the statement quoted him as telling the NAF personnel.

The NAF Chief assured the troops of hi support as they intensified efforts to ensure that the fight against insurgency comes to an end in no distant time.

He celebrated Easter and interacted with the troops while also commending them for their efforts towards projecting air power and providing close air support to ground troops in the fight against insurgency.