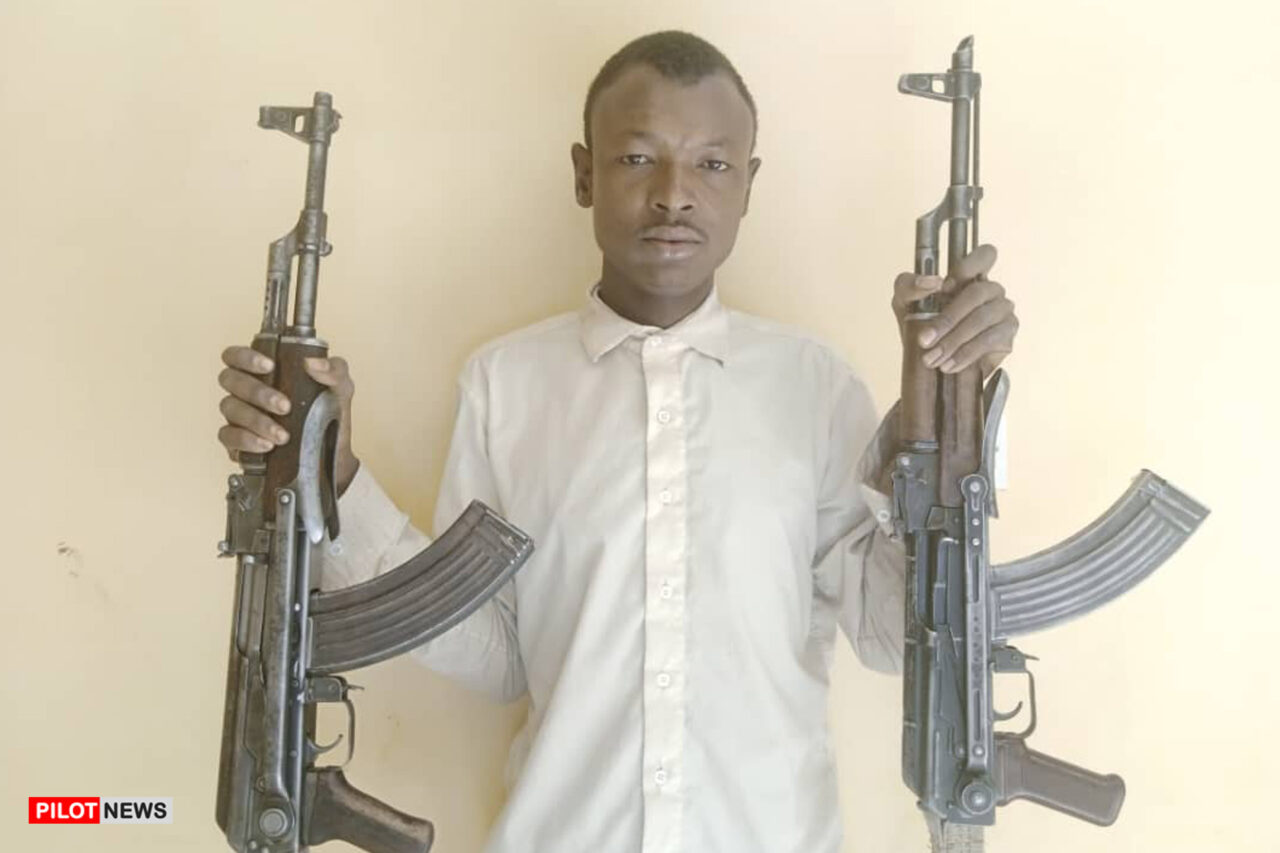 The image maker of the Kano State Police Command Abdullahi Kiyawa made this known in a video clip sent to journalists said the suspect was arrested with two AK 47 ripple suspected to be used for kidnapping and banditry.

Kiyawa explained that Mr. Musa an indigene of Rurum village in Tudun Wada local government Kano state recalled how in the past abducted his uncle and collected one million Naira ransom before he releases him.

“Preliminary investigation revealed that the suspect is among the bandits terrorizing some parts of Kano, Birnin Gwari in Kaduna state and some Northern states.

“The suspect also told police that he borrowed the guns found under his possession from Muhammadu Bakanoma in Zamfara state to confront another bandit called Malam at Birnin Gwari whom he accused of abducting his wife and daughter.

“I am a cattle rustler. I once abducted my uncle Alhaji Haruna and my cousin Bappan Jauro six years ago. These are the only two persons I have ever abducted. I abducted him (Alhaji Haruna) because his two children (Medi and Bappan Jauro) have kidnapped my younger sister Hafsat.

” I released him after receiving one million Naira ransom. We are now living with him (Alhaji Haruna) in the same compound”, Musa said.

Mr. Kiyawa said an investigation is ongoing and will issue a statement when completed.