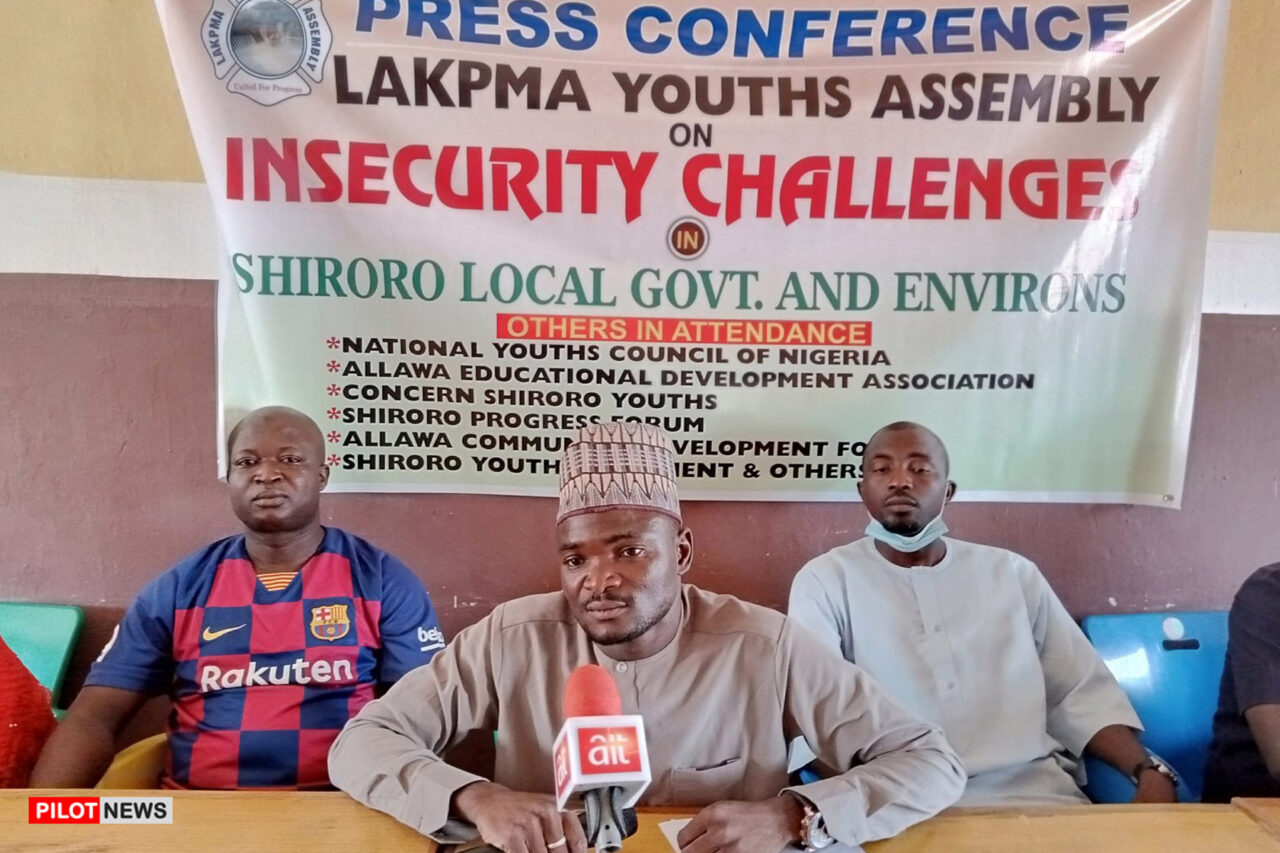 The President of Lakpma Youth Assembly, Jibrin Abdullahi Allawa said over 120 communities in eight wards of Shiroro Local Government Area of Niger state were said to have been sacked by bandits ravaging the areas.

At a press conference in Minna on Monday, Allawa explained that since 2015 when the attacks started, over 120 persons have been killed and over N100m lost to ransom by the people who are predominantly farmers.

He said the bandits now made Allawa Games Reserve as their hideout because the government has ceded their lands to them.

Aggrieved villagers from the eight wards in the local government area raised the alarm that armed bandits have taken over their local government during a press conference in Minna on Monday.

“Without prejudice to the above, the government appears incapacitated or unwilling to do the needful, as recent events suggest the government has ceded Allawa, Bassa and indeed the entire Lakpma Axis to bandits and terrorists.

“Lakpma axis is now bandits’ and terrorists’ safe haven. For the purpose of clarity, banditry around that axis began in 2015 in Allawa, this has festered and consumed the entire political axis with no succour in sight.

“We shall mobilize our displaced and hopeless kinsmen to occupy and take shelter in government facilities within Minna if our plight is not addressed in earnest. Until our plights are addressed, we would boycott all civic responsibilities to the

“The consequences have been desertion of ancestral homes, destruction of economic activities, hunger, diseases and other humanitarian crises. Our people have become destitute with hopelessness staring us at the face.

“It is incomprehensible that criminals have become landlords in a sovereign state with armed forces. Terrorists and bandits control our territory and decide what goes or stays, it is that pathetic.

“The lackadaisical disposition of our political elites, the elected and appointed representatives, particularly from Shiroro Local Government extraction have been complacent by virtue of their indifference.

“Specific, the silence of Saidu Doka Chiri and Ahmed Bawa Siza, members representing our people at the House of Representatives and State House of Assembly respectively. Their many inactions is heart-rending and very unfortunate”.

“As a fallout to the withdrawal of Joint Security Task Force, bandits had the effrontery of invading Allawa and Gyaramiya on daily basis and ransacking the entire community. They have been on a looting spree as each day passes, to the extent of bragging they are in charge of Allawa.

“Our communities are now porous and vulnerable. Bandits dictate the norm and call the shot. Our people are stranded and hopeless, as the looming humanitarian crisis will be devastating, considering the number of people scampering for safer grounds”, he said.

The group therefore called on the appropriate authorities to rescind the decision to withdraw Joint Security Task Force from Allawa and Bassa and urgently mobilize resources and personnel back to Allawa and Bassa.

“We want the establishment and reinforcement of the Joint Security Task Force in Kushaka, Kurebe, Manta, Galkogo, and Kwaki. Beyond stationing them, the government should adopt radical approaches aimed at taking the war to the enclaves of criminals.

“The Government should provide emergency relief materials to displaced persons in Pandogari and elsewhere”, he said.