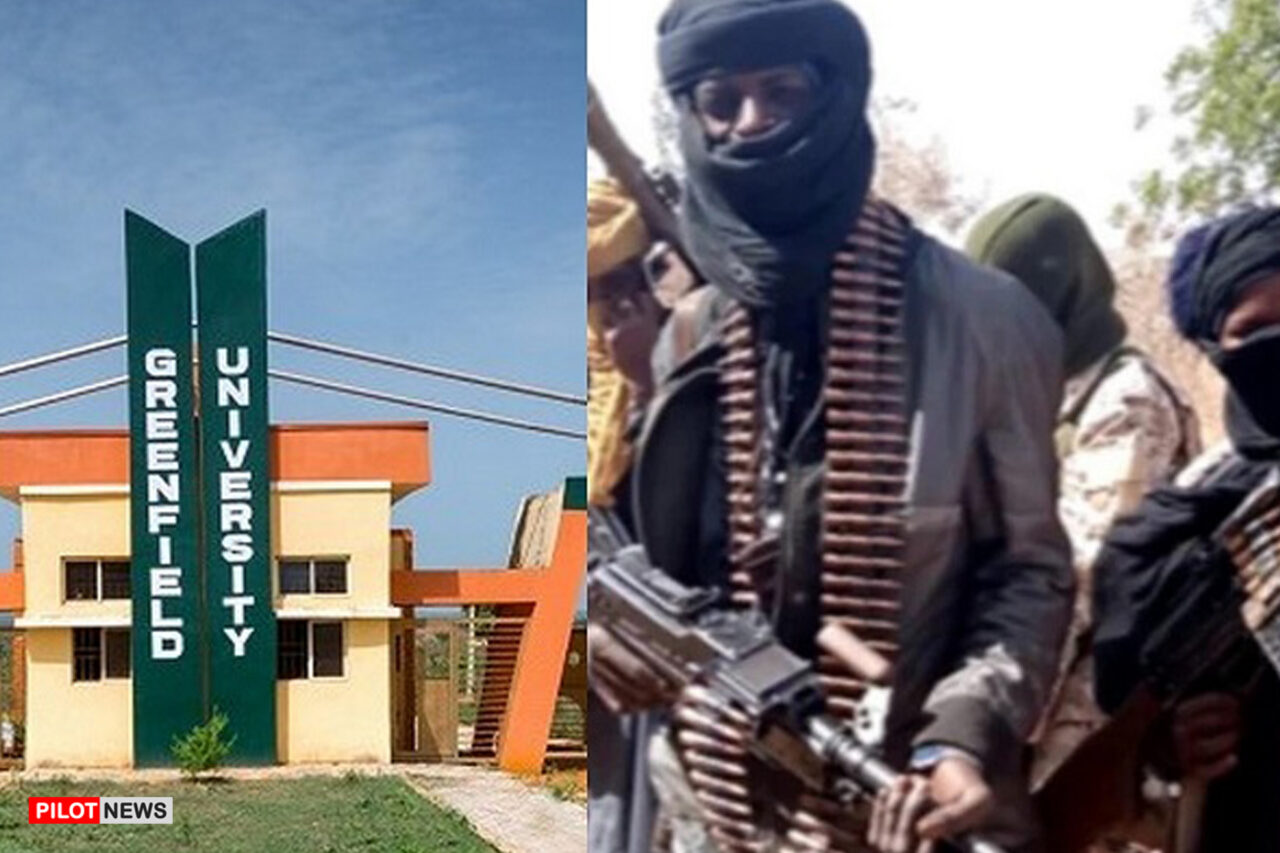 Gunmen suspected to be kidnappers have invaded a private university in Kaduna state and abducted some students on Tuesday night.

The academic institution, Greenfield University, is located along the Kaduna-Abuja Highway in Chukun Local Government Area. The institution private university in the state and was established in three years ago.

The latest attack is the major one that the bandits will launch on communities around the Kaduna-Abuja Highway since 300 female soldiers were deployed to the general area in January this year.

The incident was confirmed on Wednesday by the Kaduna State Commissioner for Internal Security and Home Affairs, Samuel Aruwan, but he did not specify the number of students that were kidnapped.

However, eyewitnesses accounted that the gunmen stormed the university last night and started shooting sporadically before they whisked away some students.

The locals said the university with about forty students’ population does not have enough security on the ground, despite the fact that its location is one of the epic centers of the kidnapping, a situation which has been associated with the success of the kidnapping.

The Northwest state, in the recent time, has been facing series of attacks by bandits, including assaults on schools.

On March 11, gunmen attacked the Federal College of Forestry Mechanization, Afaka in the Igabi Local Government Area of the state and kidnapped 39 students.

Although ten out of the numbers have been released, but the fate of the remaining ones is yet to be ascertained.

The state Governor, Nasir El-Rufai of Kaduna State has repeatedly insisted that his government will not pay ransom to kidnappers despite the pleas of the parents of the abducted students.

El-Rufai, who was a former Minister of the Federal Capital Territory (FCT) has associated the renewed attack on the state to his government’s decision that it would not negotiate with bandits.

“We will not give them any money and they will not make any profit from Kaduna; anyone that comes to Kaduna will not get a penny from the state government, except he will get a bullet instead,” the governor added when he spoke in an interview on Channels Television’s Sunday Politics on April 4th.